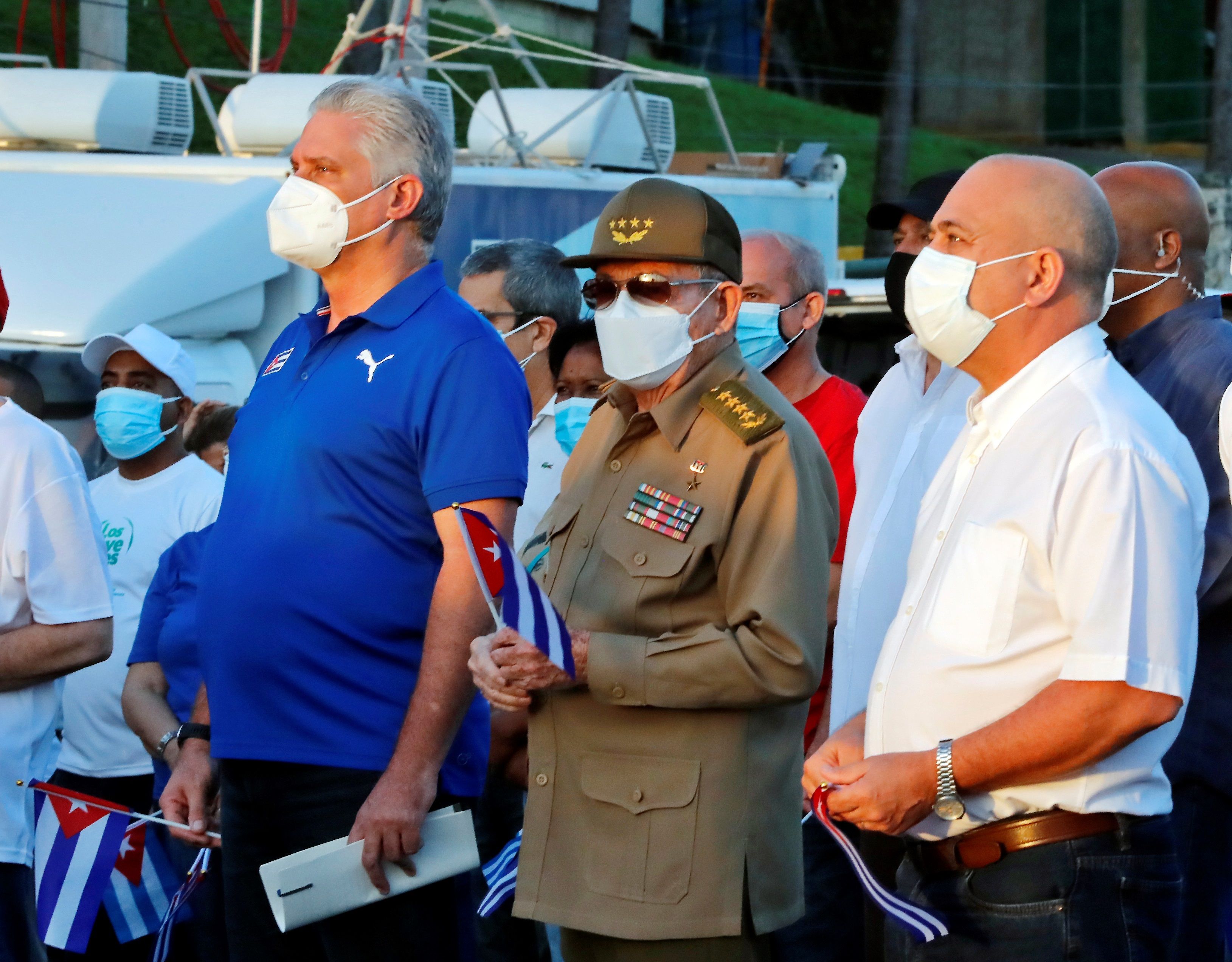 The shock caused by the protests that occurred on July 11 in various locations in Cuba, which in some places led to acts of violence and disturbances that resulted in one death, dozens of injuries and hundreds of detainees, led the authorities this Saturday to organize acts of “revolutionary reaffirmation” in the main cities of the country. In Havana, the scene was the boardwalk, in front of the US embassy, ​​where thousands of people gathered – 100,000 according to the authorities – led by Cuban President Miguel Díaz-Canel, and Raúl Castro, who appeared in public for the first time after the disorders of the last days, which gives an idea of ​​the important political consequences they have had.

From the rostrum, Díaz-Canel once again accused Washington of being behind the demonstrations and of manipulating social networks to provoke the destabilization of the country: “At the height of lies, false news and images circulate. Right now, what the world is seeing from Cuba is a lie: a people raised up against its government and a government that represses its people ”.

The Cuban president affirmed that at the moment the network is full of fake news and false images, and said that everything is “manipulation” is perfectly planned. “No lie has been raised by mistake. Everything is coldly calculated, ”he emphasized, denouncing that in the days before the demonstrations,“ a media infoxication ”took place, financed from Miami. “Its objective was to encourage unrest and instability in the country, taking advantage of the crisis caused by the pandemic, the intensified blockade and the more than 240 measures put by Trump against Cuba. They called for violence, vandalism and sabotage. Twitter disregarded the legitimate complaints from users and the press regarding this campaign on social networks. The story is intended to be told backwards. The malicious interpretation is that a civil war was called ”.

According to Díaz-Canel, Cuba is “under the sophisticated fire of a cyberwar” and that is why the “media bombardment loaded with violence, blood, screams, threats, harassment and repression, has had no pause these days.” “Cease the lies, the infamies and the hatred. Cuba is deeply allergic to hatred, and it will never be a land of hatred, “he asked, always pointing to the US as the most responsible for what happened.

In recent days, Havana and Washington have returned to the language of direct confrontation, initiating a new diplomatic escalation after the protests. Díaz Canel accused Washington on Friday of having “failed in its endeavor to destroy Cuba” despite having “wasted billions of dollars” to do so. With those words he responded to the US president, Joe Biden, who yesterday said that the island was a “failed state” that repressed its citizens.

Díaz-Canel used his Twitter account to post a long line of defense and attack on Washington. “A failed state is one that, in order to please a reactionary and blackmailing minority, is capable of multiplying the damage to 11 million human beings, ignoring the will of the majority of Cubans, Americans and the international community,” he said, referring to the The economic embargo that has been weighing on the island for 60 years and the strengthening of sanctions during the term of Donald Trump. “If President Joseph Biden had sincere humanitarian concern for the Cuban people, he could eliminate the 243 measures applied by President Donald Trump, including the more than 50 cruelly imposed during the pandemic, as a first step towards ending the blockade,” Díaz wrote -Canel.