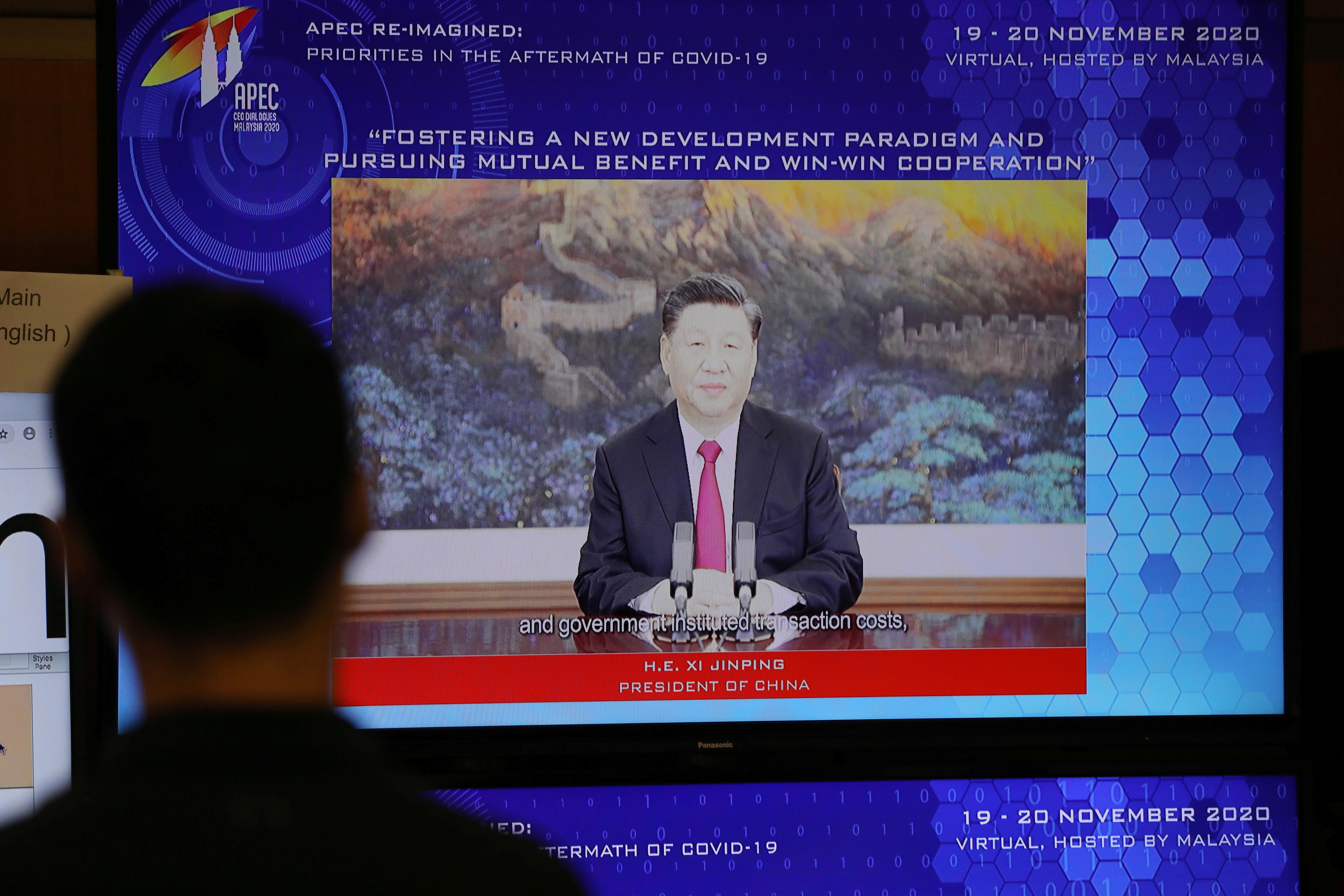 Fifteen countries in Asia and Oceania have signed this Sunday the agreement to form the largest trade association in the world, in what represents a great victory for China, the main promoter of the project since negotiations began in 2012. The Regional Comprehensive Economic Association ( RCEP, in its acronym in English), excludes the United States, but will cover 2.1 billion consumers and 30% of global GDP.

China, Japan, South Korea, Australia and New Zealand signed the pact together with the ten member countries of ASEAN (the Association of Southeast Asian Nations, made up of Indonesia, Thailand, Singapore, Malaysia, the Philippines, Vietnam, Myanmar, Cambodia , Laos and Brunei) at the end of the summit of that organization, held this year by videoconference due to the coronavirus pandemic. India, which had decided to withdraw from the negotiations last year due to concerns that cheap Chinese goods could flood its market, will have the possibility to join in the future if it wishes.

The fact that the meeting was held by videoconference meant that the signing of the agreement had its own protocol, adapted to the circumstances of the pandemic. Each country held its own ceremony, in which the respective Minister of Commerce signed the document under the gaze of their head of government or state.

“I am delighted that after eight years of complex negotiations, we are finally officially ending the RCEP negotiations today,” said Vietnamese Prime Minister Nguyen Xuan Phuc, whose country is the acting president of Asean.

The success of the negotiations, and the signing of the agreement, represents an economic and political boost for Beijing. As the main driver of this initiative, it consolidates its influence in Asia to the detriment of the United States. It sends the message that it is Beijing, and not Washington, the government that is genuinely interested in the region. It will be able to play a key role in the development of the continent’s trade rules. The pact opens up new markets for its exports in times of uncertainty about the progress of the global economy. And it polishes the credentials it seeks as a global defender of multilateralism, amid a trend towards deglobalization that the Covid pandemic has accelerated.

The pact represents an alternative to the TPP, the Trans-Pacific Economic Cooperation Agreement. The Barack Obama Administration conceived the ambitious agreement between both sides of the Pacific, from which China was absent, as the economic pillar to shore up the influence of the United States in the region. Upon his arrival at the White House, President Donald Trump ordered the withdrawal of the pact, which 11 other countries have ratified.

The US exit dealt an almost fatal blow to the TPP and fueled the arguments of those who claimed that the first world power has no interest in really getting involved in the region. Trump’s decision reignited negotiations on the RCEP, which had languished for years after its launch in Cambodia. The interest of regional governments in finding ways to stimulate their economies, first affected by the trade and technological war between the United States and China and later by the pandemic, finished doing the rest.

For the Chinese Prime Minister, Li Keqiang, “in the current world circumstances, [el acuerdo] it brings a ray of light and hope among the dark clouds ”left this year by the pandemic and the de-globalizing tendencies. The RCEP, he added, “clearly shows that multilateralism is the right way and represents the right direction for the world economy and the progress of humanity.”

“We believe that the RCEP, as the largest free trade agreement in the world, represents an important step forward towards an ideal framework for global trade and investment rules,” the signatory countries of the agreement have indicated in a statement. A very diverse group that includes some of the most advanced economies in the world, such as Japan; the “socialist with Chinese characteristics” in Beijing, and some of the poorest in the world, such as Laos or Cambodia.

The RCEP and the TPP are very different. Where the TPP focused on the reduction of non-tariff barriers (environmental protection, standards for foreign investment), the RCEP puts the emphasis mainly on tariffs, without the protections for labor rights offered by the treaty originally led by EE. USA

The alliance eliminates tariffs on more than 90% of the goods exchanged between the members. The agreement also includes protections on intellectual property and chapters on investment and trade in goods and services. Likewise, it stipulates mechanisms for the resolution of disputes between countries.

In total, the RCEP reduces tariffs and establishes rules in about twenty areas. Among others, it eliminates taxes on 61% of imports of agricultural and fishery products from ASEAN, Australia and New Zealand, along with 56% from China and 49% from South Korea.

Following the signing of the agreement, pressure increases on the US president-elect, Joe Biden, to demonstrate the commitment of his future government to the region that accumulates the greatest growth potential in the coming years. Biden said last year that he will try to renegotiate the TPP so that the United States can join again, something that is not presented as an easy task.

Already the initial negotiations to carry out the pact promoted by the United States proved to be very thorny, and it is possible that economies such as Japan will demand stricter conditions. The next White House tenant will also have to contend with a Congress in Washington much more reticent about big trade deals. As the election campaign progressed, Biden became less emphatic about his aspirations to retake the TPP, declaring that he prefers to focus first on economic recovery and fighting the pandemic.