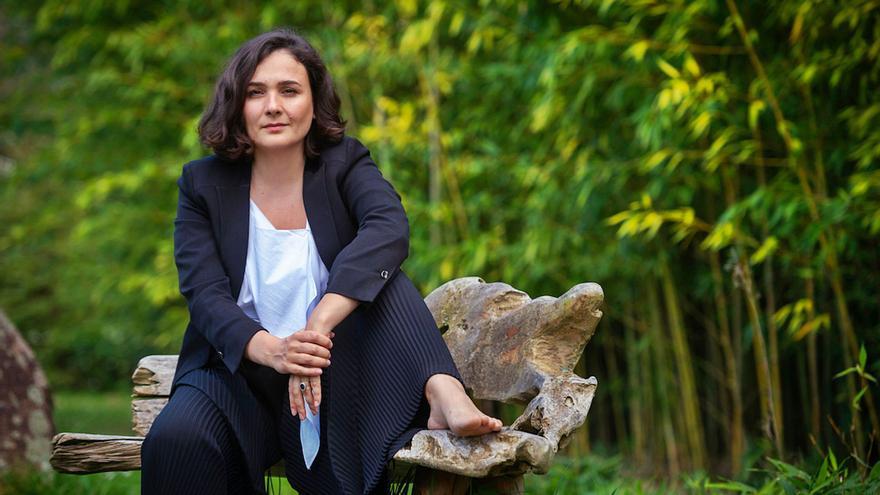 Xoel López and Ede rediscovered “Quemas” in a night of musical confessions. The singer showed his showgirl and radiant pop promise the indie label song, inspired by his youthful devotion to Lole and Manuel and one of the hits from the successful album Reconstrucción (2008) during the Galician artist’s stage at the helm of Deluxe. It was a crush, the starting point for a surprising version that has just been released with a video recorded live with no artifice other than a small bonfire and the wardrobe with minimalist lines, sophisticated and, above all, recognizable. Very recognizable.

“We started last year with a reach of 500,000 people on social networks and at the end we reached 8 million. How do you do those big jumps? Having an interesting and relevant content for a generation ”, says Adriana Domínguez, president of Adolfo Domínguez. From the mythical company that championed the boom of the needle gods in the 80s in Spain, Xoel and Ede garments are the protagonists of the latest promotional action and the disruptive facelift among their clientele. 45% of Adolfo Domínguez’s new buyers are young. “Something very important in this brand because everything we have been through is, in the end, problems of success. You have been on the market for so long because you have worked, that you need another coat of varnish, ”says Domínguez.

Well, almost half a century fulfills the signature that shattered the “ironed and corseted” style of late Francoism. “The wrinkle is beautiful”, defended its founder. The motto, nailed forever in the imaginary of the textile made in Spain, perfectly sums up the aesthetic and ethical philosophy of its collections. With the eldest daughter at the helm, Adolfo Domínguez never looked so much like Adolfo Domínguez that naturalness became fashionable. “The truth is that yes,” admits the heiress. «It helps to live the DNA of the company. I didn’t need to study the branding book to understand its essence, “he adds.

Adriana Domínguez (Ourense, August 22, 1976) rose to the first rank of the textile group based in the town of San Cibrao das Viñas last May, in the midst of a pandemic, and after three very tough years, first in the general management and then as CEO, stitching up the death wounds in the business. Not the fire that devoured the company in June 1991, still on his retina; not even Cortefiel’s hostile takeover bid in March 2001 made Adolfo Domínguez’s pillars tremble so much. When she made her debut in executive tasks in 2017, Adriana Domínguez found herself a company “on the edge of the abyss” due to the wear and tear of the brand and the failure of the managers hired to professionalize management.

A typical case of a family business in decline? She was not convinced of that. He promoted his finance expert, Antonio Puente, as number two and put the focus on efficiency: store adjustment, an ERE for 110 employees, the integration of all the brands into one and more cost-competitive clothing. For the first time in nine years, sales grew. He pulled from the culture of effort that he claims to carry in the lineage and from the training in International Business Sciences at ICADE. The change was twofold. “Each generation brings a different sensitivity and, in addition, in my case it is a gender change,” he recalls. And you can see it. It is the Spanish listed company that has the most women on the board of directors (57%) and received the unanimous applause of the instagramers last 8-M with the image of an open and tilted bag, imitating the shape of the female sexual organ. With a master’s degree in Humanities and a past as an actress molded in the famous Actors Studio in New York, Adriana Domínguez’s other obsession was the lost soul in the brand. That layer of varnish.

“The brand is something fragile, very difficult to create and easy to destroy,” he says, during a break between lunches (breakfasts in Galician) with vendors “to convey where we are and collect their impressions” in the coronavirus crisis. Adolfo Domínguez caressed the return to profits. “And now this!” He laments, without losing his smile. Still, the team “is strong.” “It’s four years of war for us – he remarks – and we find ourselves with much more confidence to handle difficult situations. She likes open blue skies in confinement and there is no interview without a call to care for the planet in this staunch advocate that true sustainability in fashion is in durability. So much so that even in his “Be Older” campaign he dared to question from within the essence of an industry based on renovating the wardrobe every six months. A message on fitting rooms and tickets stirred consciences: “Do you really need this?” Nothing very different from that apology in the 80s of the wrinkle created with flax, one of the most sustainable crops. “It is because we have been defending what used to be called ecology for many years,” he says, “and that is the way for everyone.”