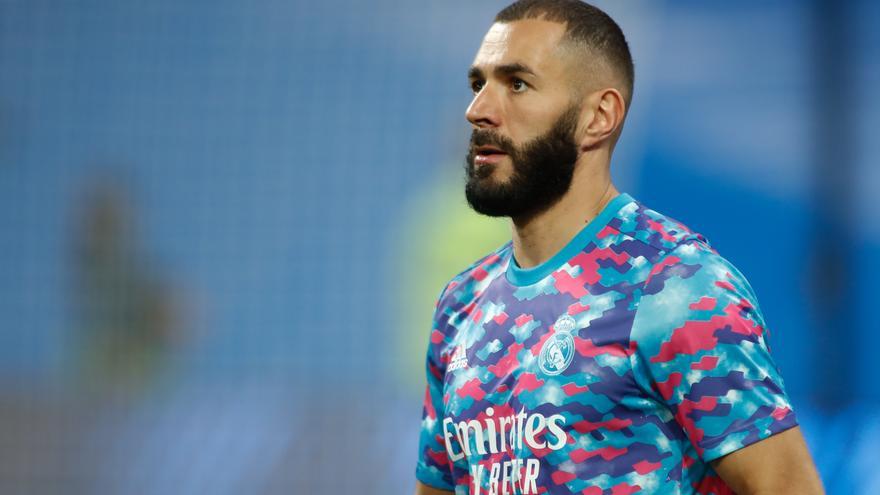 Real Madrid, dominator of the most valuable club competition, with thirteen European cups in its windows, starts in San Siro in front of a renewed Inter of Milan the challenge of reigning again in the Champions League before the power of millionaire projects, with the man of the tenth, Carlo Ancelotti, at the helm.

The challenge becomes greater as the economic differences between clubs grow. Favoritism no longer falls on Real Madrid or on any Spanish team. The spotlights point towards PSG, Manchester City o Chelsea. Nor do the Italian teams appear among the candidates, with Inter as an example of their obligation to sell stars and renew themselves.

Likewise, an Inter-Real Madrid will always be the center of attention in the world of football. A duel that is reissued in the group stage for the second consecutive year and that last year helped the team led by Zinedine Zidane to get off the canvas and react after seeing closely the loss of prestige of falling to the Europa League. The two triumphs provoked a reaction in the Whites, ended up giving them the group lead and the impetus to find their ceiling in the semifinals.

He used the man in the tenth, Carlo Ancelotti, as a relief on the bench and his numbers in the ‘Champions’ with Real Madrid are excellent. In 25 games directed he signed 19 wins by just three draws and three losses. In memory the final in Lisbon against Atlético de Madrid and the conquest of the ‘orejona’ after twelve years at the beginning of a cycle that left four titles in five editions.

The template he left has little to do with the one he inherits. Without great references like Sergio Ramos or Cristiano Ronaldo, with a mixture of the veteran that represents the eternal Luka Modric with the youth that flags Vinicius. The Brazilian has become the great benchmark along with Karim Benzema. Shared prominence in a Real Madrid that has increased offensive speed and reduced touch. With greater verticality and a Eden Hazard recovered for the cause premiering demarcation, with freedom, behind the 9.

With the casualties of the left sides Ferland Mendy and Marcelo, from Toni Kroos in the center of the field or Gareth Bale on the trident, in addition to Dani ceballos, the focus is on the state of David Alaba, called to lead the Madrid defense. He arrives at the appointment after overcoming some muscular problems that prevented him from playing against Celta. It started by fixing problems on the side, but the performance of Miguel Gutierrez when Ancelotti has given way to him, he invites us to think about his return as a central defender.

At the best moment of Vinicius, with four goals in four games and an unexpected growth in the definition, Benzema joins as a great benchmark for the goal. With 71 goals in the Champions League, if he scores he will surpass Raúl González and will be the fourth top scorer in his favorite competition. In three of the last five editions, Real Madrid finished second in the group stage. The first objective is the leadership and reduce the suffering of the last edition.

Inter Milan host Real Madrid at San Siro after nine years without being able to overcome the group stage of the Champions League and after falling as the bottom of his league last year, when he was also a rival of the Madrid team and lost both games.

Despite the fact that Inter and Madrid have met in the European Cup less than a year ago, also in the group stage, the Milanese club arrives at the meeting after a real revolution experienced in the last transfer market, with the transfers of the Belgian Romelu Lukaku, the moroccan Achraf Hakimi and the technician’s departure Antonio Conte.

The economic crisis, aggravated by the coronavirus, forced Inter to sacrifice two players who led the club last year, but the sports management managed to reinforce the squad with the Bosnian Edin Dzeko, the Argentinian Joaquin Correa and the dutch Denzel Dumfries.

The experience and leadership of Dzeko, from Roma, the talent of Correa, signed for about 30 million euros from Lazio, and the speed of Dumfries, incorporated from the PSV Eindhoven, They contributed to Inter’s good league start, which added seven points from three games.

After winning at Genoa (4-1) and at Verona (3-1), Inter did not go from 2-2 in the field of Sampdoria, but that tie was received in a positive way, as the team had just recovered many players who were returning from the commitments of their teams, several of them in South America.

The Argentinian Lautaro Martinez He started and scored the momentary 2-1 before giving way to Correa at game time. The Chilean Arturo vidal only jumped to the field in the resumption and the Uruguayan Matías Vecino he had no minutes. Defender Alessandro Bastoni did not play due to a muscle problem, but the club is confident of being able to recover him after he trained with the group on Tuesday.

Ahead of the Slovenian goal Samir Handanovic, Sticks should be headline next to Slovak Milan Skriniar and the dutch Stefan De Vrij; the croatian Marcelo Brozovic, Nicoló Barella and the turkish Hakan Calhanoglu they will play in the center of the field, with Dumfries and the Croatian Ivan Perisic on the rails; Lautaro and Dzeko they will be the starting forwards.