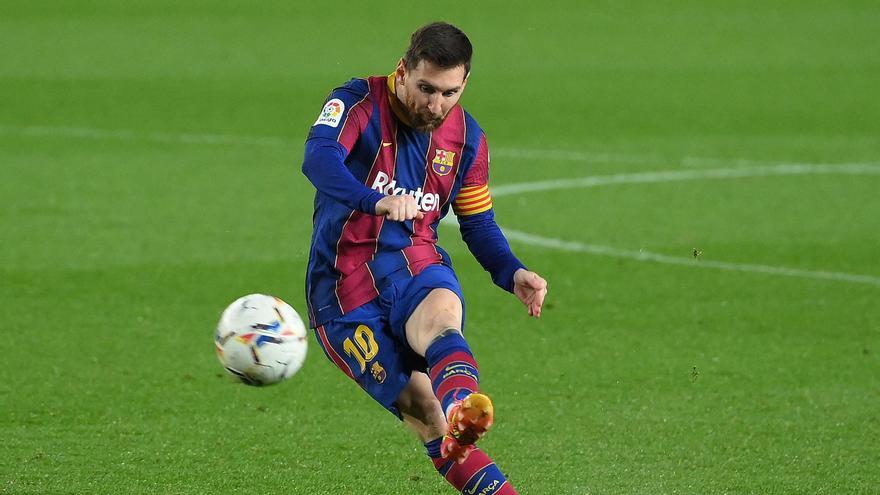 Real Sociedad, pushed by Betis in a fifth place that seemed to have consolidated, you will need an antidote to Leo messi, who has scored 16 goals, if you do not want to leave empty in the meeting that plays this Sunday against Barcelona.

The Argentine star is the most effective scorer in the First Division against the Donostiarras, who can count on David Silva in this game, hesitates after having to leave the pitch in the defeat against Granada last matchday (1-0).

Maintaining solvency at the Reale Arena against the culé team is one of the blue and white team’s duties, which dominated the Catalans in their fiefdom until 2016, but since then he has found the best Blaugrana version.

Another positive news for the Basques is Martin Zubimendi, available after being almost ruled out to reinforce the center of the field, in a position in which the midfielder Asier Illarramendi, after his brilliant reappearance, seems to have lowered his performance although he is expected in the starting eleven.

Imanol Alguacil’s team, which has been made strong at home Since February with a full of victories in the three games played, he is left without his best side, Nacho Monreal, who is recovering from a muscle injury that has caused him to lose several games.

Barça goes to the meeting in front of the txuri-urdin box with Anoeta’s jinx passed. The Catalan team has already had four consecutive seasons without losing in San Sebastián, a fiefdom in which they were always defeated between the 2012-13 and 15-16 campaigns. Nevertheless, this year the azulgranas arrive in a state of grace. They have won four games in a row – the last one, this Monday against Huesca (4-1) – and, furthermore, if wins and draws are added, the Catalans have been unbeaten in 17 consecutive games.

This inertia injects confidence into a Barcelona that, in addition to choosing to lift the Copa del Rey, now LaLiga also has a shot. The Catalan team is only four points behind the leadership, which is currently held by Atlético de Madrid.

Against Real, Barça coach Ronald Koeman has injured defender Gerard Piqué and attackers Philippe Coutinho and Ansu Fati, while Sergi Roberto, after a month and a half off due to injury, has returned to training.

Despite this, no rotations expected, because the Catalans do not have games during the week. Most likely, Koeman will come out in the eleven with a central pair formed by Ronald Araujo and Clement Lenglet. On the sides, they will be accompanied by Sergiño Dest, on the right, and by Jordi Alba, on the left. In midfield, Sergio Busquets will occupy the defensive pivot, along with Pedri González and Frenkie de Jong in the midfield. Up front, there will also be the usual Ousmane Dembélé, Antoine Griezmann and Leo Messi.

The key: Stop a Leo Messi who is lethal in his matches against the Realists.

The data: Barcelona have won 7 of the last 8 matches against Real in LaLiga and have gone 17 games without losing in the championship. His last defeat was on December 5 against Cádiz (2-1).

The phrase: Imanol Alguacil: “There is no coach or team that stops Messi when he is in shape.”

The environment: With the final of the Copa del Rey on April 3, there is a lot of hope in a meeting that can contribute to morale for the people of Donostia for that appointment and consolidate the European place that is its main objective. Barça’s first game with Joan Laporta officially invested as president, after taking office last Wednesday.