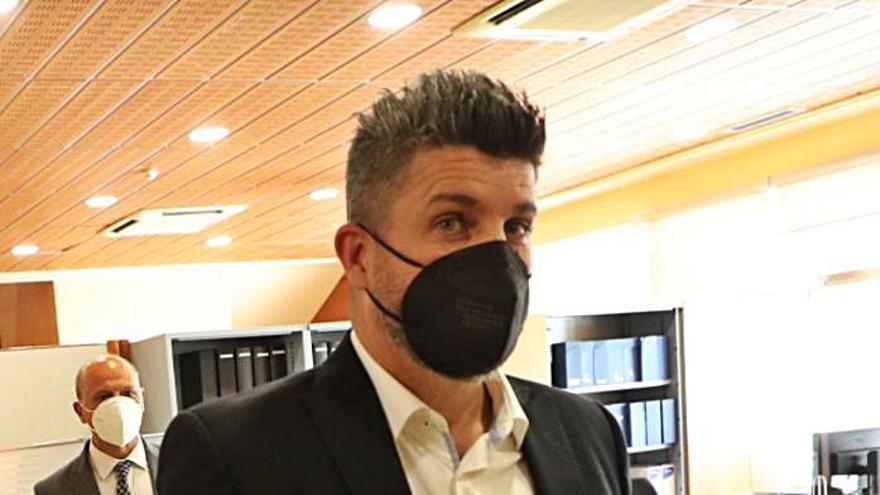 Why not tab Elche? That is the question that he asks himself franjiverdismoAfter having seen in two months since the League ended, the club from Elche only presented three reinforcements in their ranks for the 2021/22 season.

The question, yes, could be extended to the rest of the teams of First division. Why have Real Madrid and Barça only signed footballers who had just finished their contracts? Why has Messi been without a team for a month? Why has the most interesting movement of Sevilla come via exchange? The market in Spain is stopped.

It is difficult for clubs to sign. And they have even more trouble finding the best possible accommodation for players they don’t have. It happens to the great and the humble. In Elche, for example, only Folch and Cifu have appeared. The other discards are still negotiating the best possible way to leave the entity, with a letter of freedom or through assignment.

With the month of August about to arrive, Primera clubs hope that the situation will unravel. Precisely Messi’s renewal could mark that starting gun, since LaLiga clubs hope that soon some kind of agreement can be reached to alleviate the suffocation to which many are subjected by the famous economic control, one of the strongholds of Javier Tebas since to become president. Of course, the employers do not want to open the door to a lack of control that is the first step towards the return to that past in which the entities accumulated millionaire debts.

In the presentations of the three Elche signings, carried out last week, Nico Rodríguez, franjiverde sports director, put the cards on the table. The accounts are sacred and, as long as LaLiga does not say otherwise, you have to stick to the current numbers. In this sense, the people of Elche consider that they are not as burdened as other rivals, but being one of the most modest budgets, the situation is not buoyant either. There, the message is clear: you do not want to fail in the signings.

Reasons for a stopped market

The passage of time, in this sense, is a double-edged sword in the Elche tactic. On the one hand, as September approaches, there will be clubs that will need to release their salary mass and will have to lower their economic claims and there must also be the case of footballers who will have to choose between not losing a euro and not playing or giving up some money and training. part of a project where they can be important.

The pandemic exploded a bubble in which football has remained almost always, at times of bonanza and hardship. Right now, a large part of the contracts signed before covid-19 they are proving to be a slab for the clubs. And here nobody is spared. It could even be said that the great ones, there it is the case of Barcelona, end up being the most burdened. There have been salary cuts, yes, but many have opted for renewals to two or three years ahead, in which at the end of those contracts the player can recover a part (or all) of what he supposedly forgives in the short term. Clubs that choose this route are likely to run into an even bigger problem in time. Bread for today and hunger for tomorrow.

The sale of assets (mainly players) and assignments with a purchase option are other ways out of this market stop. What happens is that the complex system established by LaLiga to reflect the money received from transfers in the salary limit. If they give you a million, you cannot have that million to sign but a certain percentage depending on your current economic situation. However, this should be the main source for increasing the wage bill. And, as Nico Rodríguez recognized, Elche you cannot cover your eyes and ears in this regard. In First it is a selling club and if an irrefutable offer arrives, it will be effective.

Capital increases, a formula that has recently been used Atlético and Espanyol, they are another way to increase income. In this case, the clubs can use the entire amount injected, although in four years. In the case of Elche nor any movement has been reported in this regard and LaLiga is very aware of this matter and will retouch some criteria in 2022 to do not promote inequality. Meanwhile, in August 2021, all Primera clubs, including Elche, wonder when and how much they will be able to sign.