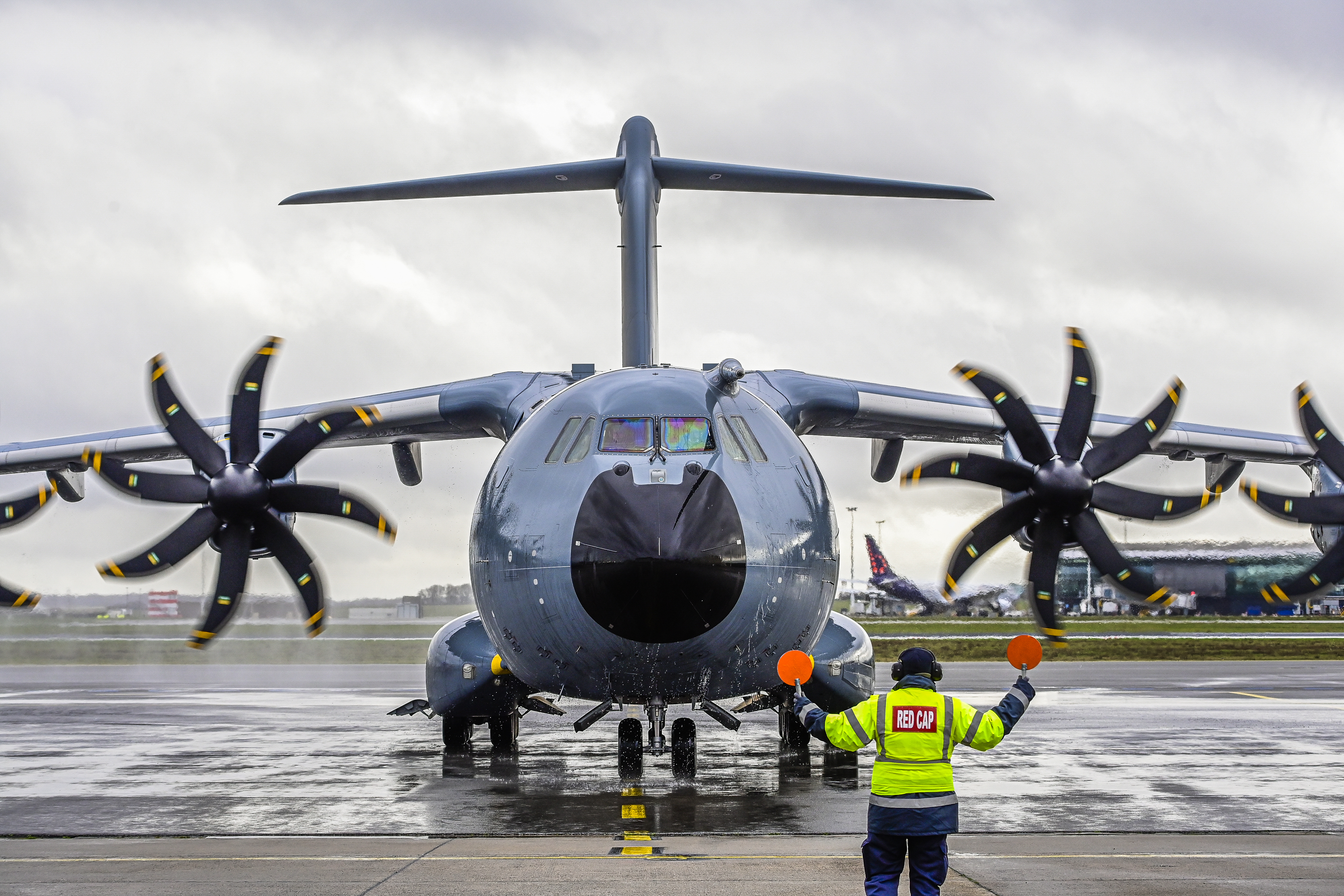 The covid-19 pandemic has paralyzed shipments of military material around the world and has caused that, in the first half of this year, exports of defense material have been reduced by half, going from 2,413 million euros in the same period last year to 1,189.7 this. However, between January and July 2020, during the first semester of the coalition government of PSOE and United We Can, authorized operations have skyrocketed to 22,544.8 million, representing an increase of 650% and a figure higher than the sum of 2018 and 2019 together (21,493 million).

The exponential increase in authorized operations – those that have already received the mandatory green light from the Government – is due to a series of orders for Airbus transport aircraft, with their components and equipment, assembled in Spain and destined for Germany, France, The United Kingdom, Belgium, Luxembourg and the Netherlands, for a total amount of 19,400 million euros, according to the report on Exports of Defense Material and Dual Use of the Secretary of State for Commerce sent to Congress.

Many of the planned deliveries were delayed due to confinement, which explains that between January and July only 5.3% of what was authorized was executed, when in the first half of last year it reached 69.4%.

71.5% of the defense material actually delivered went to NATO or EU countries, with Germany as the first customer in absolute terms. The second, however, was Singapore, which bought an air refueling plane. 74.4% of total sales (885.7 million) corresponded to aircraft and their equipment.

The fifth largest buyer and the second outside NATO and the EU was Saudi Arabia, with 32.4 million. The report shows that the partial stoppage of ammunition deliveries to the countries involved in the Yemen war that occurred during the years 2018 and 2019 has ended. Saudi Arabia received mortar shells of various calibers, an advanced observer equipment with a laser rangefinder and targeting systems for mortars for 14.5 million.

More than half of the 60 million in category 3 products (ammunition and explosive devices) sold by Spain in the first half of this year went to Saudi Arabia (21.9 million), the United Arab Emirates (8.2) and Morocco (3.9). The first two have been involved in the Yemen conflict since 2015; and the last, in the Western Sahara, whose ceasefire has just been broken after almost three decades.

The Congressional Defense Commission approved on Monday a non-legislative proposal in which it urged the government to provide more humanitarian aid to Yemen and to suspend or revoke authorizations already granted for the sale of military material to countries in the region if there is a risk of diversion or wrong use.

In the past semester, the Government authorized arms exports for 98.7 million to Arabia and for 22.5 million to the Emirates; But this list is incomplete, since it does not include the five corvettes that the Navantia public shipyard builds for the Saudi Navy for 1.8 billion, despite the fact that two of the ships have already been launched.

Saudi Arabia has also become the first customer for Spanish dual-use products (civil and military), a position traditionally held by Iran, with 18.2 million, 28.5% of the total. They are followed by the United States (7.2 million) and China (6.1).

The only defense material export license that was denied in this period was a platform control system and an anti-missile system for a frigate destined for the Myanmar navy, for 22 million euros, due to an EU embargo. about that country.

Although United Podemos has been part of the Government since last January, none of the ministries that this coalition controls is part of the inter-ministerial board that authorizes exports of defense and dual-use material, made up of representatives of Commerce, Foreign Affairs, Finance, Defense, Interior , Industry, Economy and Presidency.

A global network for diversion of sensitive material to Iran

From the report on Spanish arms exports, it can be deduced that Iran has a worldwide network to acquire materials that are prohibited by the international embargo and that it has surprising allies to get hold of them. Spain denied the sale of a machining center for 846,597 euros to a Ukrainian state military company due to “risk of diversion of the manufacture of battle tanks for re-export to Iran.” Also the sale of two infrared cameras to Macedonia, for 20,000 euros, supposedly destined for a US university that was suspected could end up in Iran. Or a 100,000 euro machining center for the automotive sector in Georgia “due to risk of diversion to a missile program” from Tehran. An “essentially identical” operation to the one denied with Ukraine, the most worrying since it involves a public company, had already been rejected by another EU country, so its promoters tried their luck with Spain. A representative of the CNI secret service sits on the board in charge of approving arms exports.

In addition to those mentioned, exports of dual-use material to India, Pakistan, Russia, China and Israel have been denied: as well as a brokerage (intermediation) of 5,000 detonators from Bosnia-Herzegovina to Cuba. The sale of 1,200 hunting rifles to Russia and 1,570 tear gas grenades to the Thai police were also banned.