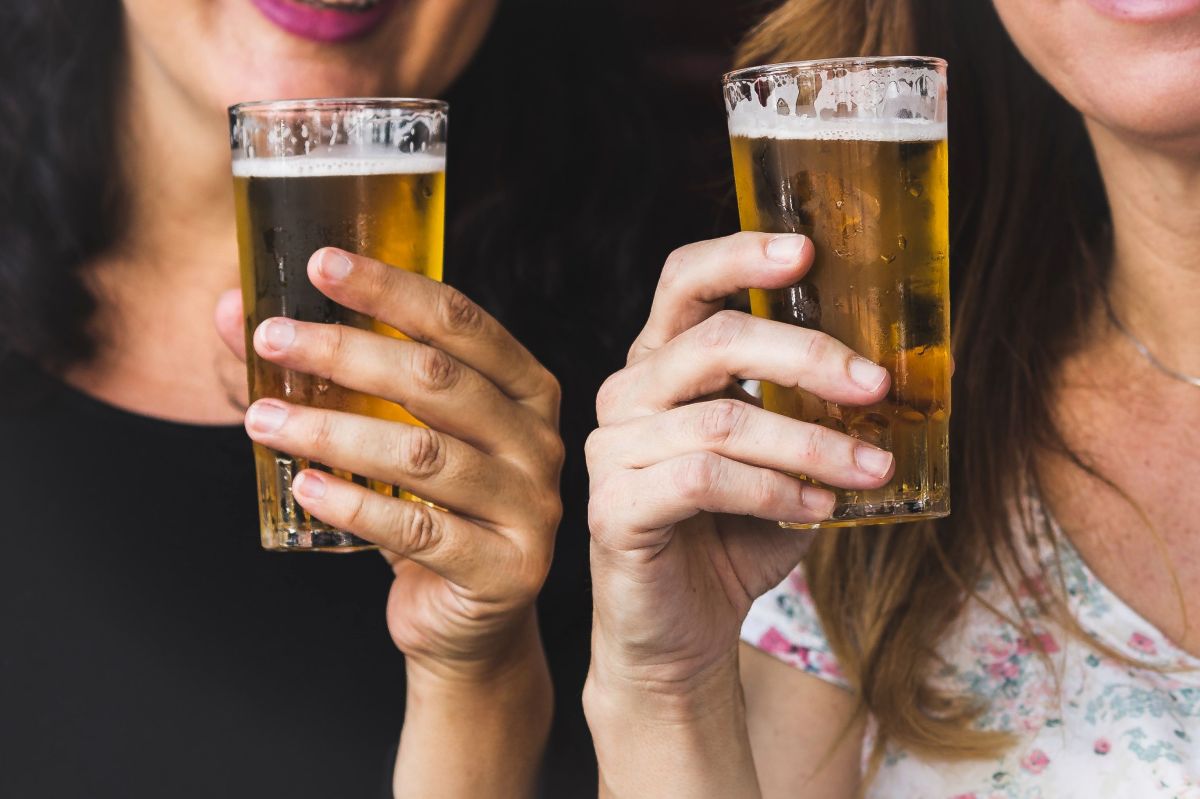 Alcohol can affect your body in the short and long term. Even moderate but frequent consumption can cause serious diseases, including cancer. Alcohol affects the brain, heart, liver (fatty liver, alcoholic hepatitis, or cirrhosis) and it is also a drink that affects the immune system.

In addition to the widely publicized effects of alcohol consumption, there are some side effects that may seem to you to make little sense or to be strange. Here are some of them:

Apparently alcohol will make you fall asleep and sleep better because it is a sedative, but in reality it decreases the quality of your sleep.

As the night progresses, this can create an imbalance between slow wave sleep and REM sleep and cause sleep interruptions, according to Sleep Fpundation. REM sleep is the stage of sleep in which you often have vivid dreams or nightmares, which means that when alcohol affects REM, it can lead to bad dreams.

Alcohol affects judgment. The research they suggest that drinking alcohol is associated with feeling more attractive and finding others more attractive as well. What is known as “beer glasses”.

In a study, participants who had consumed alcohol rated the images of people more attractive than a placebo group. Ratings went up even more for those who people didn’t rate as very attractive to begin with.

Rhinophyma, or alcoholic nose, makes the nose swollen, red, and bulky. Although alcohol abuse does not cause rhinophyma or rosacea, alcohol abuse can cause blood vessels in the face and neck to enlarge, creating redness of the skin. Because of this, the idea that alcoholism could cause rhinophyma was held for many years.

Alcohol is a depressant. Alcohol is a deceptive substance that causes the body to release endorphins (which makes us feel relaxed and euphoric), but it can also exacerbate the effects of certain conditions, including anxiety and depression, especially if you are predisposed to disorders mental health. Alcohol. org notes that in some cases, excessive alcohol consumption can even trigger suicidal thoughts or tendencies.

5. It prevents you from creating memories

Large amounts of alcohol can cause a blackout or a period of time during which the intoxicated person cannot recall key details of events, or even entire events.

Alcohol won’t forget you, it actually prevents you from creating new long-term memories while you’re drunk. You can “remember” what is happening in the short term, such as remembering that your friend just came to the party, but those memories may not be there the next morning, as explained by the Queensland Department of Health (Australia).

Drinking alcohol can cause diarrhea, especially if you drink on an empty stomach. There are several reasons why you can have diarrhea when drinking, one of them is because digestion is accelerated, the muscles of the colon contract more frequently to expel stool faster than normal. This causes diarrhea due to the lack of time in the intestines to digest, as explained Medical News Today.

The bad breath of a drinker is because the body treats this substance as a toxin, so it tries to convert it into a less harmful chemical. Through metabolism, 90% of the alcohol will be converted to acetic acid, but some will be released through the respiratory system and through sweat.

Salty and fatty food cravings have several reasons, one of which is that fatty foods will line your stomach, protecting it from excess acid and making you feel less sick. Another reason is because alcohol is a diuretic and makes you urinate a lot. Cravings for salty may respond to a need to replenish electrolytes in your body.

There is also the hypothesis of some scientists that indicates that alcohol activates brain cells that normally tell you you’re hungry, making you want food whether you need it or not.

Beer potomania leads to fatigue, dizziness, and muscle weakness. It is a unique syndrome of hyponatremia. The medical journal Cureus He says that this this syndrome was first reported in 1972 and is described as excessive alcohol intake, especially beer when the concentration of sodium in the blood is abnormally low.