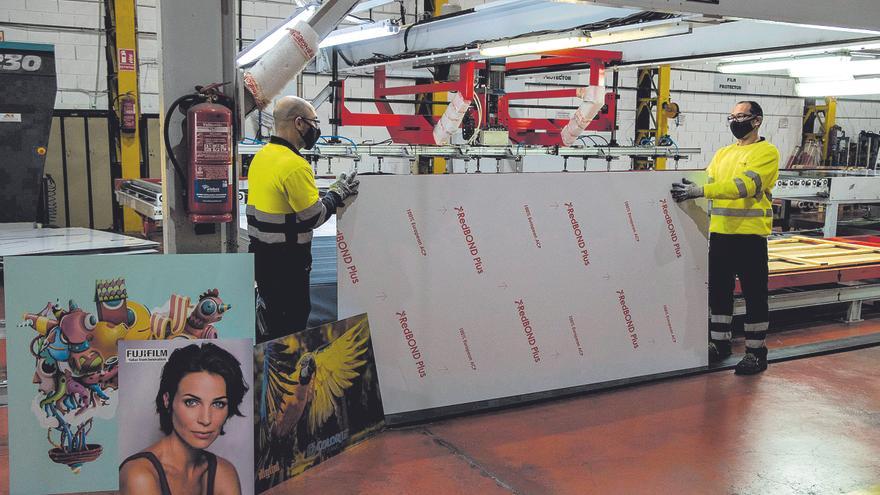 When the 2008 crisis broke out, the owner of Grupo Alibérico, Clemente González Soler, he encountered a problem with the factory he had in Alicante. She had acquired it in 1993 as Industrias Monteserra and had grown it under the name of Eurocolor, but her specialization in the manufacture of powder coatings for window profiles left her almost without work when the real estate market crashed, and with it, construction.

Beyond economic issues, to Gonzalez Soler The factory had other implications: it was the main link of its conglomerate with Alicante, the city where he began his professional career -in the factory of the then National Aluminum Company (Enasa), which was later Alcoa and today is Aludium-, and where formed his family.

He decided to give a second chance to the facilities and, above all, to the staff and decided to launch a new project from there that he had been thinking about for some time. Throughout its history, like most European manufacturers, Alibérico had specialized in those segments of the higher-end aluminum market, those that incorporated more innovation and development, while they had left the ground free for Asian producers in the rest of the world. ranges.

But the businessman was convinced that it was possible to compete in some of them, with the design of a production line of maximum efficiency and offering a level of services – which translates, above all, in the speed when it comes to serving the products. orders – with which the Chinese could not compete. And he saw this opportunity in the production of aluminum and composite plates for printing, an omnipresent material in the signage of public spaces and the signage of buildings of all kinds, which, in addition, is also increasingly used in decoration or even , as a format for photography.

This is how Redbond Composites was born in the summer of 2012, as recalled by the current firm manager and daughter of the group’s founder, Maria Gonzalez, who did not hesitate to join the project. «Clemente (González Soler) I wanted to make a very young company, very dynamic, very digital. A kind of ‘low cost’ factory, very efficient, because what we wanted was to enter a market different from the usual one for the group, where we compete on pure price, ”says the executive. Of course, with some added advantage: if the usual thing is that buyers have to wait around three months to receive this type of plates for posters, from Alicante it can serve in two weeks anywhere in Europe.

The key was the design of an ultra-efficient production line, which minimized waste, and working with a limited number of colors – they only manufacture seven – and finishes. The support of the group -a conglomerate of 35 companies, with 17 factories spread all over the world- was also essential, since the raw material coils arrive from the Alucoat factory, in Linares (Jaén), with a special lacquer that they developed to facilitate printing on this material. The business began to grow and by 2015 they already had a turnover of more than three million euros, a figure that in 2019 -after the start-up the previous year of a second line to produce larger plates- had shot up to 11 , 5 million euros.

The company has managed to establish itself as one of the leading manufacturers in the European market, to which it allocates more than 90% of its production, with significant markets in Belgium, Germany, Italy, France and all the Scandinavian countries. Now its main objective is to take the leap and cross the Atlantic to enter the US market, where the company sees an important journey for its products, with its sights set on doubling its turnover in less than four years.

Of course, before the firm is going to have to make changes to its facilities, which are not prepared for the loading and unloading of the containers with which the merchandise is moved by sea, essential to take its aluminum panels to America. For now, the company has already taken the first step and has just bought the land adjacent to the factory, in the Agua Amarga area of ​​the Alicante capital, from Repsol, to build a second warehouse with which to solve these logistical problems and increase its storage capacity.

The new facilities will further enhance the digitization of all the company’s processes and, as its top manager points out, “it will be a sustainable and efficient building.” In this sense, Maria Gonzalez points out that current production lines already take these environmental criteria into account and all surpluses and waste are recovered, both from the polyethylene that is inserted between the two aluminum sheets that make up their panels, and from this last material, which, as remember, “can be recycled infinitely many times.”

For its landing in the United States, the company will have the support of the subsidiary that Alibérico already has in the country, Alucoil North America, located in South Carolina. “Although we try to keep companies as separate as possible, it is always good to have the experience of those who are already in that market,” he says González. The firm also relies on its new generation of Redbond Advanced panels, the first aluminum panel to achieve HP certification for its latex inks.

Expansion plans that not even the covid-19 has managed to alter. Yes, as recognized González, the pandemic has put the company’s springs to the test and, above all, its ability to react to adapt to the different situations – activity closures, mobility limitations – in which its customers were immersed throughout Europe. Even so, the forecast is to close the year with figures similar to those of last year.

Regarding the situation of the sector, the manager of Redbond regrets the loss of weight of the industrial sector in Spain and believes that more measures should be adopted at the European level, even to protect industrial production. “In China they have a 17% subsidy for exports. That means that I am 17% less competitive from the start. If there are no tariffs, how is European industry protected against that? ”He asks. For now, your answer is innovation.