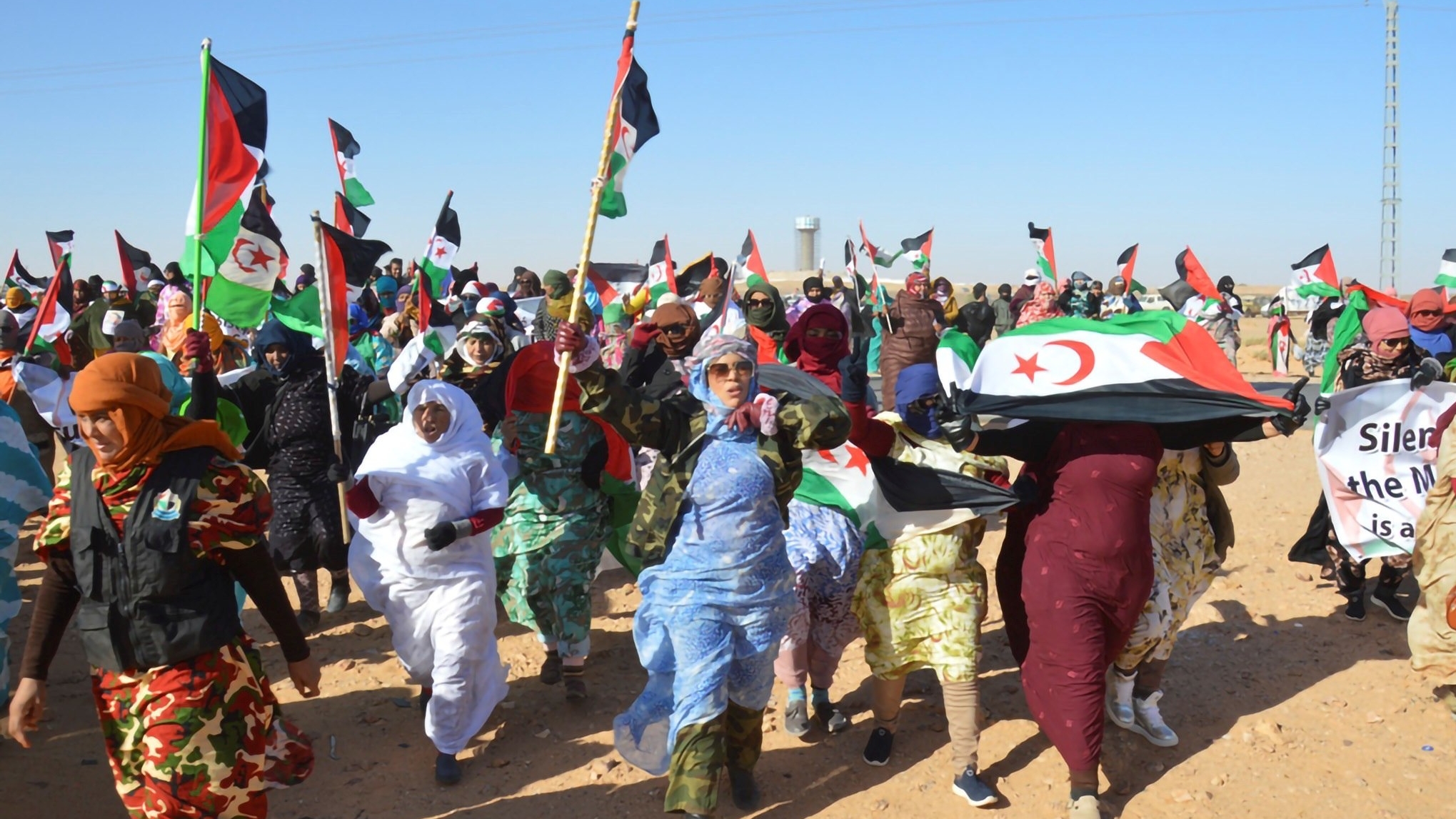 Abadalhi Chaker has just reunited with his family in the Saharawi camps of Tindouf during a few days of military leave. He says that meeting his mother gives him a lot of peace and happiness. Without a doubt, he was the person I missed the most since he voluntarily left, two more than two months ago, to the military school of the Saharawi army. However, when the conversation returns to the topic of the cause of his people, he assures that he is looking forward to finally being able to accompany the military on the battlefront.

Right after the conflict between the Sahrawi Arab Democratic Republic and Morocco resumed and both countries returned to arms, this young man decided to voluntarily join the army to receive military training. “There I met other young people that I did not know and who are now like brothers because as children we all have the dream of going to war one day, returning to our country and living in peace,” says Abadalhi.

Thanks to spending several summers in Spain through the Vacations in Peace program, in which Sahrawi children are taken in by Spanish families so that they can experience another reality outside the refugee camps, he was able to learn Spanish. And although he lacks the lexical richness to express everything he wants to say, he does not hesitate to assure with two resounding “never” that he does not regret his decision. He is convinced that returning to the armed struggle is what all young people wanted and that they have always lived waiting for this moment. Even his family supports him and helps him to fight on the front lines. It is as if they saw in their children the last hope of setting foot on the country that one day was taken from them.

Abadalhi, was born in 1997 in the Sahrawi camps of Tindouf, a desert where Algeria has been hosting for forty-five years. more than 170,000 Sahrawi refugees. A childhood marked by poverty where, according to the UN Refugee Agency (UNHCR), 50% of children suffer from anemia and 28% are stunted. This may be one of the reasons why he says that “all children have always wanted to get out of there.”

For Mariam Jaa Salam, the word war was too big for her when she received the news of the ceasefire between the Sahrawi Arab Democratic Republic and Morocco on November 13. Morocco had just repressed Sahrawi protesters in the Guerguerat crossing, violating the agreement signed in 1991 and the Polisario Front, the political party that governs the self-proclaimed Sahrawi Arab Democratic Republic, declared war on it. Jaa Salam recalled that his mother never got to know his father, as he lost his life in the first war that lasted from 1975 to 1991 and he thought about the damage that his family could suffer again. As if being isolated in the middle of a desert for more than 40 years had not already caused them enough suffering.

A week after the declaration of war, this 22-year-old girl left her throat shouting proclamations of freedom with a megaphone at a demonstration for the freedom of the Sahara in Mérida. She explains that, quickly, the Sahrawis in exile began to organize to make their voice sound and a friend included her in a WhatsApp group from which they coordinated. It is the way they have to fight for their cause from exile, far from their town. “The question I ask myself is whether I can help more here or there. I think it can be helped in many ways, it depends on the training you have. Making the cause visible and raising awareness in Spanish civil society is also a way to help, ”he muses.

She also grew up in the refugee camps of Tindouf listening to the countless stories of injustice and repression against her people that her parents and grandparents related and the constant unfulfilled promises of the international community. The first memory of his childhood that comes to mind is when, at the age of seven, his grandmother warned him not to pick up anything metallic from the ground, as it could be a mine. Years later, he also participated in the Vacations in Peace program and that was when he began to really realize the situation his people are experiencing. “I have always had awareness of the Sahrawi cause, but let’s say I did not find out well. When I came to Spain, I began to wonder why they had left us lying there and everything began to seem so serious that I could not believe it, “he says.

At the age of 18, he made the decision to go into exile in Spain, with his host family, to treat an ulcer. Something that was practically impossible in refugee camps since, according to Doctors of the World, there is limited access to adequate health care due to a shortage of qualified health personnel and the lack of medicines, among other reasons.

From Spain, it has joined the fight and, despite the fact that the current health crisis has limited the possibilities of holding rallies or mass demonstrations, it is already thinking about how to pay tribute to Sahrawi women on March 8. In fact, you just finished writing a poem that you want to recite that day.

Hopefully step on you even once / before leaving this unjust world in which I was born / where they took my peace and told me / that I’m going; I had never existed. Watching my children die / betrayed and humiliated / the memory of your breeze, your sea / a mirage remained in nothingness

Fragment of the poetry of Mariem Jaa Salam

The Saharawi people continue to await the celebration of the referendum on self-determination that the United Nations approved in resolution 690 of the Security Council of April 29, 1991. However, Morocco, with the support of France and the complicity of other international powers such as Spain, has managed to maintain the I estatus and condemn the Saharawi cause to oblivion. “We have yielded for 30 years to seek a peaceful solution, but during all this time the international powers were deceiving us,” says Habuha Braica, an army officer and director of the 12 de Octubre military school.

This 54-year-old military man grew up under the Spanish colony of Western Sahara and remembers that his first teacher was from the Balearic Islands. Although he already has few memories of his childhood, he assures that the most beautiful thing was being able to spend it in his native land and not in exile like many of the young Sahrawis. Therefore, he understands that young people do not accept the peaceful struggle and that they feel betrayed. Furthermore, he is not surprised at the number of them who, as he claims, are voluntarily enlisting in the army.

Mariam and Abadalhi belong to that generation of Sahrawis who had to decide between staying in the Tindouf camps, a place that, as Mariam says, is “like a horror movie that has not finished.” Or go into exile abroad in the hope that, one day, the Sahrawi people will once again regain the country that a whole generation has never known.