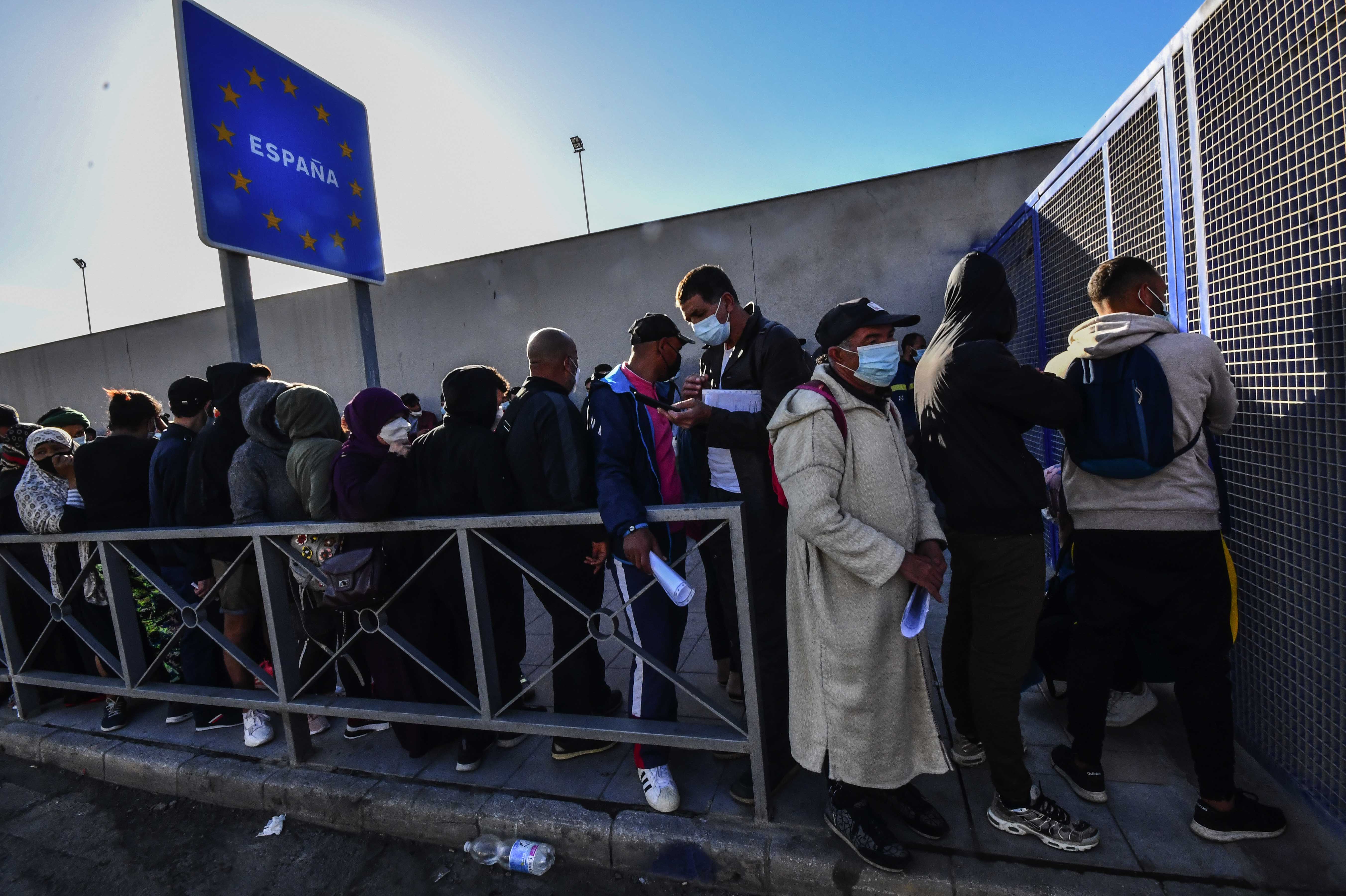 The ideal of a European nation is currently far from the situation of many migrants in our country; There are places that do not look like Spain, but without a doubt they are, and they represent the harshest reality with the consent of the Government. One of the latest examples is found in Ceuta, where there is still no management plan regarding the arrival of thousands of migrants, most of whom are minors, and where half of the people who arrived in May and were returned to Morocco. June. However, it has not been the only case, since the situation in the camps for migrants that has been and is being experienced in the Canary Islands for a few months is also a good example. Unsanitary, overcrowded and lack of coverage of basic needs they reign in the facilities deployed in Las Raices (Tenerife), where hundreds of people are being held without an apparent action plan.

The words of Carmen Calvo in the interview she gave EL PAÍS in January were forceful in this regard. It is not that the Canary Islands were not prepared for the arrival of migrants, it is that the decision was consciously made not to prepare them, seeking to spread the message that this was not the access route to Europe. Given that they cannot expel that volume of people, it was decided to discourage migrants from using this access route to the continent. Regarding Ceuta, Margarita Robles’ words were not more encouragingOn the contrary, they added more controversy to the very delicate situation in which the relationship between Spain and Morocco is found, and has put people who have been used as a thrown weapon in a diplomatic conflict in greater danger. Both interventions have served to make explicit what the Government’s position is in the face of the situation regarding migration that the country is experiencing.

It is no coincidence that the groups that find themselves in these circumstances and that experience a constant violation of their rights are of foreign origin. The government’s action (or inaction) regarding the recent events has brought current migration policies to the public debate. Activists and NGOs are proposing measures – from the closure of the camps to regularization – to alleviate the vulnerability to which many migrants are being subjected.

Taking advantage of the situation, the Government should be urged to develop new policies in which the Ministry of the Interior does not have that excessive and suffocating weight that it now has and whose consequences are excessive penalties and death. We must bear in mind that we live in a system in which the movement of these people is not only prohibited, but also criminalized and strategies are constantly used by European governments to prevent them from entering cities, retaining these people in the border through increased securitization.

An instruction has recently been published from a Supreme Court ruling which opens the door for thousands of people in an irregular situation to regularize their situation solely through labor roots. People who, through hard work and on many occasions unfair due to exploitation, have shown that they are essential (taking our food or taking care of our elders) for a society that denies them the rights of citizenship and puts a thousand obstacles to them. start an immigration process.

One of the main arguments that have been used for regularization is the fiscal contribution that migrants can make. It is here, without denying this contribution at any time, when we must question ourselves about a discourse based purely on economic benefits, since we run the risk of leaving aside the human part and falling into a logic capitalocentric that constantly subordinates life to the economy.

Without denying at any time the fiscal contribution that the regularization of migrants would entail, we should question a discourse based purely on economic benefits

The vast majority of these contributions would be through the access of migrants to the labor market, with their hiring as a workforce. Regularization could mean ending labor relations where temporality, precariousness and, in many cases, illegality prevail. But as a society, we would make a very big mistake if we understood that these relationships must end because it would be a way for them to contribute more economically to the public coffers or because it is the way to ensure the pension system and not because, as people, they deserve to be guarantee your rights. The difference is very significant.

Likewise, in the rhetoric of proposing regulation based on the potential economic contribution they could make, where are the people who have difficulties adapting to the labor market or are not directly employable? For example, minors, people with functional diversity or degenerative diseases, what would we do with them? Shall we expel them if they cannot make large financial contributions? The rhetoric of constant productivity and profit making cannot overshadow being people.

One of the justifications for the use of this type of discourse is that in a capitalist world capitalist arguments must be given and, if they do not go along the lines of neoliberalism, they can be interpreted as utopias. Nothing could be further from reality, since the real problem lies in hiding the human side and that, therefore, a more than notable aporophobia and racism continue to be accepted in society, translated into a narrative arc that favors discourses interested and utilitarians where migrants become available resources to consume, such as the one that states that migration is the way to solve population deficiencies such as depopulation and the negative vegetative balance that we have in Spain.

Definitely, migrating should never be a reason for the system to outlaw people, that is the rhetoric to change. For this reason, regularization is a measure that must be accompanied by other more structural ones, where regulation would be phase 0 of a much broader process whose goal must, without a doubt, be its full inclusion in Spanish society. It is important to make changes, but these changes must be in line with the real and most crucial reasons that drive them. Hiding the human side in immigration matters will not only not help to achieve them, but also causes the same system that has caused the dire situation in which they find themselves to continue to be perpetuated. Questions arise regarding next political actions, but above all, answers are urgently needed that save and dignify lives.