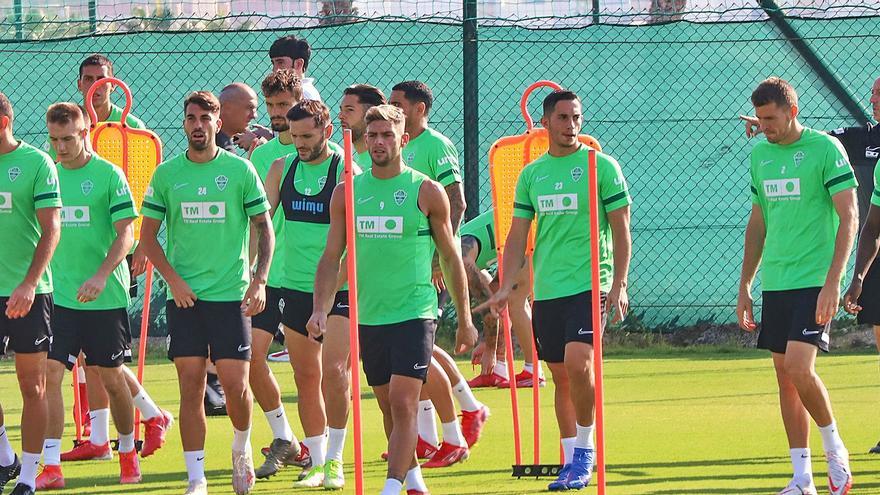 Many players have returned home to relax before facing a tough schedule in which they will have to play five important matches in just 20 days before the next FIFA date, which will be the weekend of November 6-7.

The franjiverde squad will return to training this Monday to start the match next Sunday, October 17 (2:00 pm), at the Vallecas stadium, against Rayo.

The group from Elche will have in the next five days encounters against four of the so-called direct rivals in the fight for permanence, which can mark the future of Elche in the competition.

After playing in Vallecas, Escribá’s team will host Espanyol on Sunday, October 24, also at two in the afternoon. Later, with hardly any respite, there will be an interweekly day in which the French-Green will visit Alavés, who is currently the penultimate in the standings. Neither the day nor the time has yet been set, although it will probably be Wednesday the 27th or Thursday the 28th. The team from Elche will close the month of October with the expected visit of Real Madrid to the Martínez Valero stadium. It will be the weekend of 30-31.

The Escribá team will start November with another trip to Mallorca, another team called to be in the lower part of the classification, which started the competition well, but has been diluted in recent days.

Elche knows that if it is capable of reaching the next national team break in a comfortable position in the standings, like the one it currently has, it will have taken an important step towards reaching its goal of continuing one more year in the First Division. Escribá must assert the breadth of its squad to dose its players in this tough and tight schedule that lies ahead for the next three weeks.

Pending of the injured

The return of this Monday to training will serve to check the status of the injured players and those who dragged discomforts who have taken advantage of this last week that there was no League to reduce their workload and to recover.

Gonzalo Verdú, with a contusion on his left calf, and Josan Ferrández, with his ankles swollen from the numerous blows he received in the last match against Celta, are now recovered and will have no problems being available.

More just will be Diego González, with an overload in the adductor. The central Cadiz could recover in time, but the intention is to force and could wait for the clash against Espanyol.

For his part, Pedro Bigas still has two or three weeks to get ready after the partial tear of the external lateral ligament of his right knee. The payback times were two months, but you could shorten them.

In addition to the players with discomfort, Escribá will also be aware of the return of the international Mojica and Roco, who are with the Colombian and Chilean national teams, respectively. Both still have two games ahead and their return to Elche is scheduled for this coming Friday afternoon.