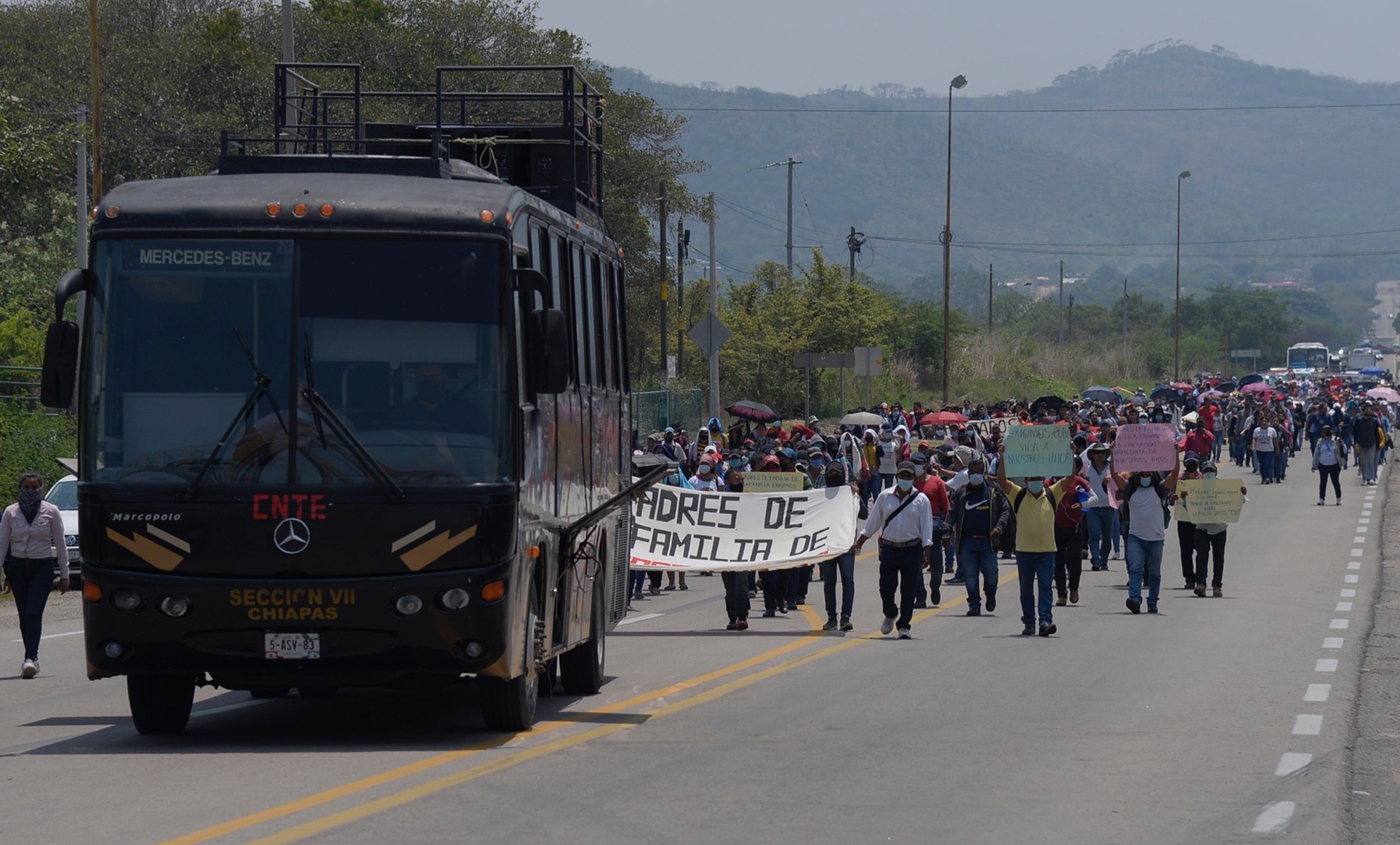 This Sunday, 74 women students from the rural normal Mactumactzá in Chiapas were released, after six days in prison, several of their companions confirmed to EL PAÍS. The group is one of 95 students arrested Tuesday when they were protesting on a Chiapas highway. Another 21 young people, all men, will continue the criminal proceedings against them in prison. The release came shortly after the UN High Commissioner for Human Rights expressed concern about the fate of the detainees. Among the restrictions imposed by the judge, freed women will not be able to continue activism or protests. On Tuesday the legal situation in which the 19 men still incarcerated in the El Amate prison will be known. However, his colleagues threaten to start an intense week of mobilizations and protests from tomorrow.

The scandalous detention of the students, amidst beatings and abuses widely disseminated on social networks, had its corollary this Sunday when the United Nations Human Rights Office in Mexico expressed its “concern” about the situation and demanded a “serious investigation.” on complaints of police abuses that must be “investigated diligently,” said Guillermo Fernández-Maldonado, representative of the office in Mexico.

Last Tuesday, students from the Mactumactzá Rural Normal School held a protest on a highway that connects the capital of Chiapas, Tuxtla Gutiérrez, with San Cristóbal de las Casas. They demanded a face-to-face entrance exam to that school despite the pandemic situation because most of the applicants are indigenous people who do not have internet access, the Tlachinollan Human Rights Center detailed in a statement. During the eviction of the protesters, 97 people were arrested, the 93 students and four residents. Two of the villagers were teenagers and were released shortly after. But the other 95 people were brought before the judge who declared their detention legal.

The normal schools are rural teachers’ schools that are attended by peasants and very poor people and are usually in the sights of the authorities because they have a very combative tradition and often lead protests, roadblocks or taking over facilities that, on occasions, can lead to violent acts.

The UN received complaints from witnesses, accompanying organizations and lawyers of those arrested about alleged arbitrary detentions, mistreatment, sexual violence, abuse of power, excessive use of force and other violations of their rights both in the facilities of the Prosecutor’s Office. of Chiapas as in the jail to which they were transferred called El Amate. “It is especially important to ensure that women deprived of liberty are protected against any possible act of sexual violence or discrimination based on gender,” added Fernández-Maldonado. For this reason, the United Nations office asked to guarantee due process for all detainees, that people who speak indigenous languages ​​have translators and that possible cases of abuse be investigated diligently and impartially.

The normals have been seen at the center of the controversy and are already a sad symbol of human rights violations since in 2014 a group of 43 students were disappeared in Ayotzinapa, Guerrero, after participating in the seizure of several buses in the Iguala town. In this case, the Mactumactzá students protested because they did not have access to the internet to carry out the procedures that the State requires of them.

For many, accessing a school like the normal rural school ensures, in addition to training, shelter and food. Something that their families dedicated to the field cannot afford. “Last year the entrance exam became virtual and presented many problems and irregularities, so this year we demand that the presentation be in writing,” said one of the spokespersons. In 2020 only 20% of the applicants who applied to enter Mactumactzá achieved access, hence the protests these days.

At the same time, the National Human Rights Commission (CNDH) warned that after these arrests, at least 54 people remain as disappeared. By rejecting what was considered a police repression, the CNDH explained that they have received complaints from the dozens of disappeared in the southeast of the country. “It expresses its concern at the complaints that at least 54 people remain missing, for which it demands from the state authorities adherence to the law and urgent and special attention,” the CNDH denounced.