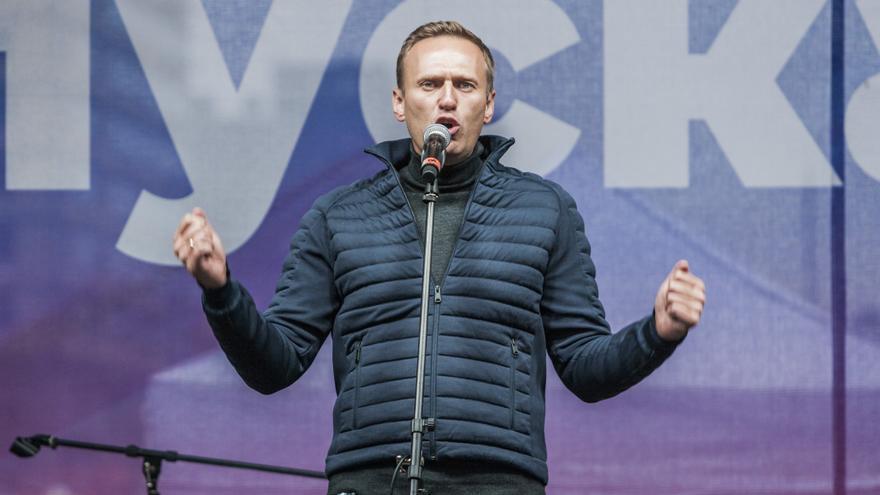 Last Wednesday, the all-powerful Investigative Committee formally accused Navalni of “creating an organization that violates the rights and identities of citizens” and pushes them to “commit illegal acts”, a crime for which he could be punished up to three years in prison. imprisonment, which should be added to the two and a half years in prison to which he was sentenced for violating the terms of his probation. Two of his closest aides have also been sentenced to sentences that limit their movements: Kira Yarmish, the former FBK spokesperson, has been sentenced to a year and a half of probation, which implies a ban on leaving the Moscow region and participating in public events, for having called demonstrations during the coronavirus pandemic. Under the same accusations Liubov SóbolNavalni’s right-hand man, was sentenced to the same sentence in early August. Other members of Navalni’s immediate surroundings, such as his brother Oleg, Anastassya Vassilieva, at the head of a medical union close to FBK, or Oleg Stepanov, former coordinator of his team in Moscow, are also included in the same court case.

All of it is proving devastating for the movement’s ability to carry out political activism, admits to EL PERIÓDICO, a newspaper belonging to the same editorial group as this medium, Tatiana Vorozheikina, professor at the Free Moscow University. Returning to Russia last winter from Berlin after recovering from the poisoning, “Navalni did everything he could to unleash a political crisisHe paid a high price but lost; its network of political organizations is defeated and banned; participation in or support of FBK is criminalized; there is a feeling of defeat in the opposition civil society “, assures the academic.

Despite the repression, the activist “continues to be a relevant political figure“, Vorozheikina highlights, and tries to play the tricks at her disposal in the messages she writes from prison through social networks. Candidates close to FBK are banned from the legislative elections to be held in September, in one of their last ‘posts’, spread on Instagram, Navalni has defended the so-called “smart vote”, that is, to support a candidate of the so-called systemic opposition, present in the Duma, the Lower House of the Russian Parliament, who is well placed to defeat the candidate of the official formation, whose popularity is at a minimum. “For the first time we have a tool to defeat the ruling party in some constituencies,” Navalni emphasized. The expert Vorozheikina is skeptical regarding the chances that the tactic take effect and achieve partial victories in urban districts of large cities, where the opposition vote is concentrated. “The parliamentary parties are branches of power, there is much talk of the Communist Party, although I do not perceive it as an opposition party,” explains the analyst. Be that as it may, the regime gives signs of nervousness even with this leftist parliamentary political force, and he is beginning to give him the same treatment that he has provided for years to the liberal and extra-parliamentary opposition. At the end of July, the Central Electoral Commission he vetoed businessman Pavel Grudinin, one of the most prominent figures in the Communist ranks, as a candidate for St. Petersburg, claiming that he owned property abroad. And the police have begun to suppress protest demonstrations called by the communist leadership.