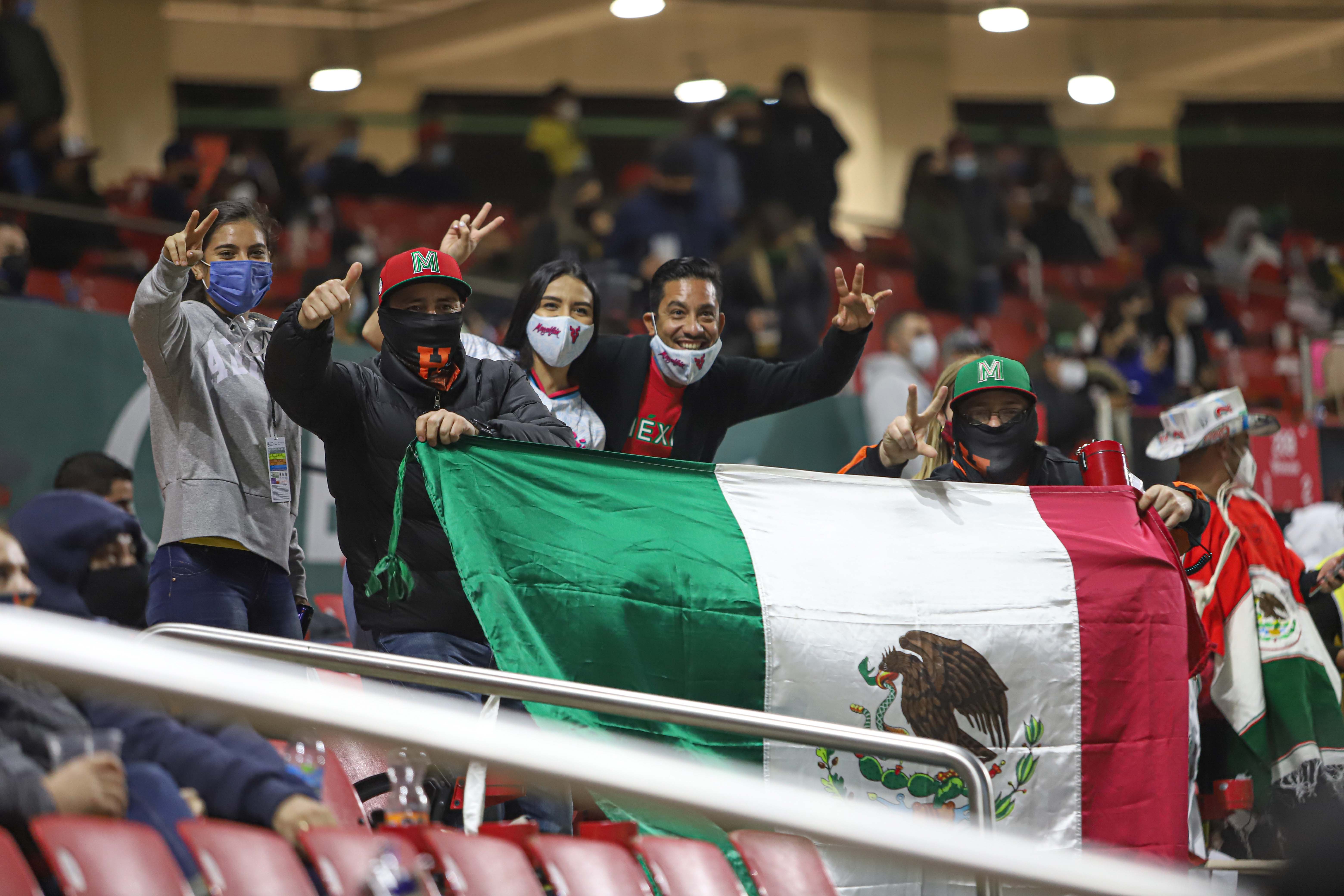 The Pan American Health Organization (PAHO) has alerted the Mexican health authorities this Wednesday of an increase in infections and deaths from covid-19 in regions of the country where isolation measures have been relaxed among the population, mainly in the Christmas season, when thousands of Mexicans moved to tourist areas in the states of Guerrero, Quintana Roo, Nayarit and Baja California Sur. With more than 159,000 deaths due to the new coronavirus, Mexico is the third country with the most deaths in the world, but Mexicans, fed up with contingency measures, have decided to break isolation and hold popular celebrations, visit beaches and other tourist centers and go to stadiums to watch baseball games.

The weekend was held at the Teodoro Mariscal stadium in Mazatlán, Sinaloa, the opening of the Caribbean Baseball Series. Despite the fact that the local government announced that full capacity was not allowed in the stadium and that all the measures of the health authorities were taken, users of social networks published photos that showed people without face masks and without maintaining social distance. The state governor, Quirino Ordaz, participated in the opening ceremony. who thanked the attendees “for their exemplary behavior and for respecting the rules of healthy distance”.

The authorities released photos of the half-empty stadium before the start of the matches, but local media reported that there was an increase in capacity once the match in which Mexico played began. “During the first duels of the day on Sunday, few people were seen in the stands, but when the game in Mexico arrived, at 8:00 p.m., sections of the building were full, in addition to the fans moving, without respecting the rules of healthy distance, between the stands and corridors of the place ”, denounced the local digital newspaper RíoDoce. According to this medium, more than 7,000 people attended the series’ inaugural activities.

Sinaloa remains in orange within the epidemiological traffic light designed by the Ministry of Health, which allows some activities to be carried out as long as a 50% capacity is guaranteed in public spaces. In November, the Undersecretary of Prevention and Health Promotion, Hugo López-Gatell, recommended that local governments avoid the opening of stadiums due to the risk of contagion. “I would say that stadiums are a challenge due to their massive nature and because the influx of people who come from multiple places of residence, tend to be places of multiple spread, multiple for attendees and multiple for their communities of origin. It is best to restrict them as much as possible for as long as possible, ”the official warned.

Mexicans have also taken advantage of the Christmas holidays to visit beaches and tourist centers, despite the risk of infections, as PAHO warned on Wednesday. “In Mexico, cases and deaths continue to increase, particularly in the States that attracted significant tourism during the Christmas season, such as Guerrero, Quintana Roo, Nayarit and Baja California del Sur”, reported the director of that organization, Carissa Etienne , who was emphatic in warning: “Keeping the virus at bay is not a one-time effort, but a constant commitment while transmission is still active.” However, on the weekend of the bridge, several beaches in Acapulco were filled with tourists, despite the fact that that region of the country returned to a red light at the end of January due to the increase in infections and deaths due to covid-19.

The Government of Guerrero, located in the southwest of Mexico, had announced a restriction of non-essential activities until February 14, a measure that affects hotels, beaches and nightclubs, which could open with a capacity of 30% and up to 17.00. Local media, however, showed images of beaches full of tourists, in many cases without maintaining the sanitary measures recommended by the authorities. Acapulco is the favorite summer destination of the inhabitants of Mexico City, the epicenter of the new coronavirus pandemic. “In Guerrero we have exceeded 3,000 deaths, we must remember that in June we had the peak of last year and the highest indicators were in June and July. We have to suspend all non-essential activities, this is a matter in which we must prevent, not approach death from covid-19, “warned the governor, Héctor Astudillo.

Religious traditions and their town festivals have also added more victims to federal statistics. In San Juan del Río, a small town of 1,200 inhabitants in the State of Oaxaca, infections and deaths soared after the town decided to hold a dance on Three Kings Day. The newspaper The universal informs, citing data from local health authorities, that the bacchanalia caused an outbreak of covid-19 “that has left 12 dead, 14 hospitalized and 400 infections.” The newspaper reports that “on January 5, the town lifted its sanitary filter and celebrated the Divine Child Jesus to the rhythm of the music of the Costa Brava band from Veracruz. He did it like every year, with hundreds of people without face masks or healthy distance ”. Juan Carlos Márquez Heine, Secretary of State Health, explained to the newspaper that there was a “saturation of the health system” due to the December management holidays and that hospitalizations for covid went from 280 people in December to 450 at the end of January.

Mexico has already registered more than 159,000 deaths and exceeds more than one million 874,000 coronavirus infections, which makes it the third country with the most deaths in the world. January has been one of the deadliest, with almost 33,000 deaths, a figure that local authorities attribute to the relaxation of preventive measures due to the Christmas and New Year festivities. As cases continue to rise, Mexican authorities are racing against time to get vaccines to fight the pandemic. The Ministry of Health has reported that 677,539 doses of vaccines have been applied to health and education personnel, while the arrival of 24 million doses of the Russian Sputnik V vaccine is expected in the coming months.