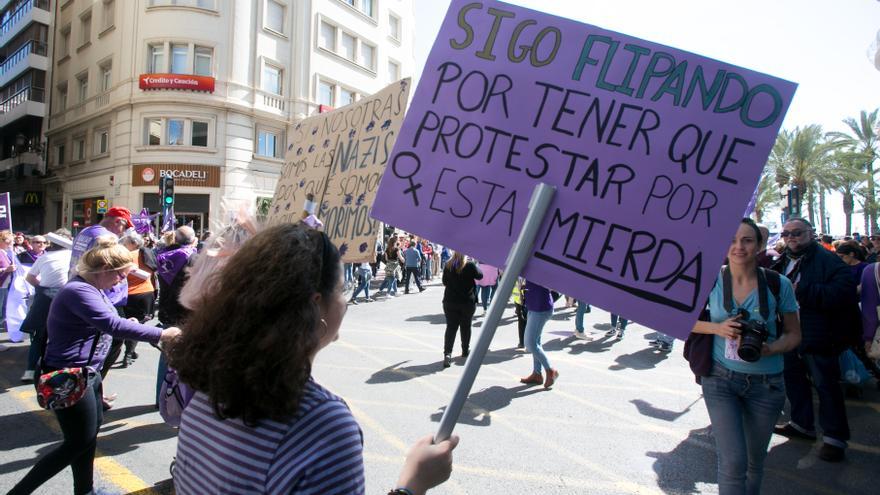 In the follow-up that I have carried out in different areas, from Politics, Health, Digitization, Economics, or Physiotherapy, the under-representation of women is clamorous. Often they do not appear, and consequently they have no opinion and therefore do not exist. Again the masculine universal dominates the public sphere. The invisibility of women, with the consequences that this has, is the tip of the iceberg of a setback in terms of equality. In this same medium, I dedicated some reflections to a photo of the La Toja Forum in which it was said: “The best minds reflect from A Toxa on the response to the pandemic.” The absence of women drew criticism even from the speakers themselves. Thus, for example, Josep Borrell pointed out in his presentation: “The capacity for mental illustration must be statistically equally distributed between men and women. I don’t think that is reflected in the composition of this act ”. Josep Piqué, president of the La Toja Forum, also sang a mea culpa and made an amendment proposal for future editions.

However, programs, seminars, meetings, etc. follow one another with the same constancy of a Swiss watch. in which the absence of women is not only obvious, but even scandalous. Isn’t it funny that there are no suitable women, even in feminized fields like Physiotherapy? This is what Cristina Monge wonders in her article on Infolibre “Events without female speakers, events without female attendees”, which takes the title of a campaign started these days on social networks in response to an incomprehensible invisibility that shows discrimination and fosters imbalances of power. The journalist concludes that “Women continue to be underrepresented in the decision-making and promotion centers of innovation, both social and scientific, technological, etc. And to correct this tendency, the first measure is to incorporate them into the public sphere ”. Let’s remember that already, in 2018, a very powerful campaign was launched, #NoSinMujeres, which encouraged men not to participate in any activity in which, at least, there was no woman. The campaign “Events without female speakers, events without female attendees” is not a boycott, but “a call for the cooperation of all professionals for the benefit of talent without distinction of gender”, says Mar Castro, communication expert and promoter of the campaign on Twitter. There are great male and female speakers in all disciplines, it just takes the will and sensitivity to do so.

The importance of the media

We live immersed in the world of communication in which an image, a photo has, sometimes, more force than words. The events are disseminated through the photo galleries of the digital editions of the newspapers. Whether or not you are in the photo, who you are with, are indications that translate the place you occupy within the organization, your empowerment. Surely you know what I mean, hence the importance of including female speakers, not only among the public; hence the importance of these inclusive photographs to show that society is varied, it is made up of men and women. Having the knowledge of women should be an imperative in the world of information and communication because it is synonymous with wealth, plurality, and inclusion. They will tell me that it is difficult because sometimes there are no women in the leadership of organizations or at the head of institutions – they now understand the importance of having women in decision-making positions – and the representative of the body or institution is invited, which is usually a man. That was what happened in an activity that aroused not a few criticisms on the networks. On November 18, an association of businesswomen from León organized a panel entitled “The importance of women in councils” made up only of businessmen. Upon inquiring, we discovered that the initiative stemmed from them; they wanted men to talk about why there are no women in managerial positions. Sad reality that misinterpreted what, in principle, was born as a claim. The poster has disappeared from the networks.

Last week the event was held in Alicante Digitization, Cybersecurity and Digital Transformation organized by a newspaper. In the photo, only one woman appeared, the Regional Minister for Innovation, Universities, Science and Digital Society, Carolina Pascual. However, digitization is key for women and for the future of society, and today we have many valuable professionals in the ICT sector who carry out magnificent work in the field of Digital Transformation to which they have a lot to do. contribute. We are all questioned – men and women – equally, also the media. An example is Minister Pedro Duque, who this week declined to speak at a conference due to the disproportion of the speakers – 17 men compared to 2 women. In a few hours, the imbalance was corrected. The debate is on the street and of course on the networks. Sometimes it can be tedious to carry the purple magnifying glass in your pocket, but there is no other in this world in which the message is essential, so that “repeat, repeat that something remains.”