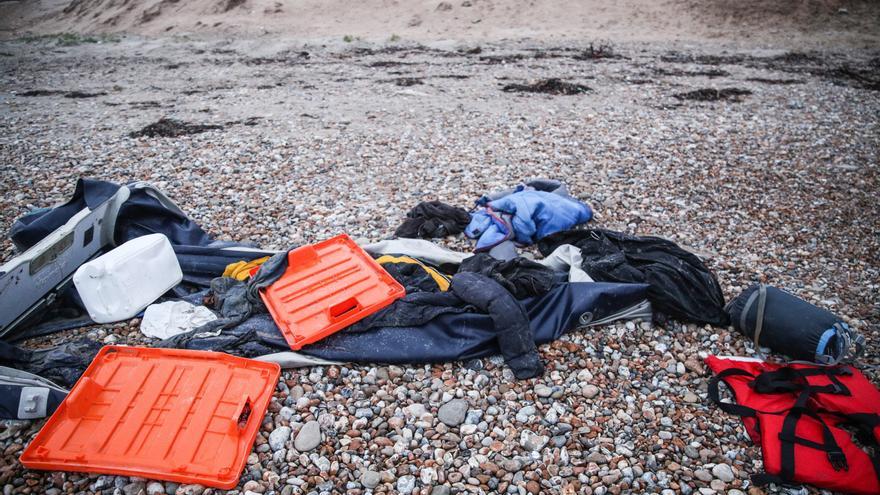 “Tragedy off the coast of Calais“, “Death in the Channel“. The shipwreck in the English Channel that killed at least 27 migrants on Wednesday shook the front pages of the French and British press. London and Paris struck up urgent talks in a climate of mutual reproaches and accusations to find an effective solution to a problem that has been there for years. The French President, Emmanuel Macron, also required greater cooperation from the European Union, with “an immediate reinforcement of the means of Frontex at the external borders of the EU, “to prevent migrants from reaching France,” a country of transit, “he recalled. The crisis worsens at a time of terrible relations between the French and British governments due to migration and other causes. arising from Brexit, such as the fisheries conflict An atmosphere that does not help to improve cooperation in the fight against organized drug gangs.

Prime Minister Boris Johnson once again proposed the deployment of British forces to French soil and waters to participate in joint surveillance patrols. The French president rejects this foreign intervention that would violate national sovereignty. In the telephone conversation that the two had hours after the deadly event, Macron emphasized the “mutual responsibility“France and the United Kingdom in this crisis and asked Johnson not to”instrumentalize a dramatic situation for political purposes“Johnson replied that what France has done so far to prevent the traffic of illegal vessels.”it’s not enough“.

The greatest loss of human life

The latest incident on one of the world’s busiest shipping lanes is the largest loss of human life since the beginning of the increase in the use of that route by smugglers of irregular migrants. French authorities were trying on Thursday to identify the bodies recovered from 17 men, seven women, two teenage boys and a girl. His patera sank after leaving the beaches near Dunkirk for England. One of the deceased was pregnant. The French authorities have arrested five people for their alleged responsibility in the tragedy.

The task of knowing the origin of the drowned is complicated since most of those who undertake the dangerous journey do not carry documentation with them. The two men who managed to be rescued from the icy waters of the English Channel, a Somali and an Iraqi, are hospitalized in critical condition. Despite the tragedy, the prevailing cold and waters agitated by strong winds, new boats with asylum seekers arrived in Dover early Thursday.

“These people are exploited en route to England. Unfortunately this has been happening every day for the last 20 years,” said the French Interior Minister, Gérald Darmanin, who hinted that a large part of the responsibility fell on the United Kingdom for not expelling with more diligence the illegal migrants who manage to reach its territory. They also perceive the British labor market as more accessible for those who do not have the papers in order, according to Darmanin, who also spoke by phone with his British counterpart, Priti Patel.

Irregular migrant journeys have long created tensions between France and the UK. The situation has significantly worsened in the last three years. The increase in controls on trucks that cross the border from the mainland (the most common route of clandestine entry into the country) and the drop in road traffic due to the pandemic has partly diverted the traditional clandestine route to the waters of the canal. La Mancha. The United Kingdom has financed the reinforcement of French patrols on the northern beaches since 2020 with millions of pounds, but the British complain that their neighbors are not doing enough. Since then, France has intercepted 18,000 attempts to cross the channel, but it is almost impossible. guard 150 kilometers of coastline.

The number of asylum seekers in the UK for one year to last September was 37,562, 18% more than the previous year. The boats crossing the canal have contributed to this. In 2019, 1,800 arrived by this method. The following year they increased to 8,420. Now, so far this year, there are already 23,500 who have made it through the journey.