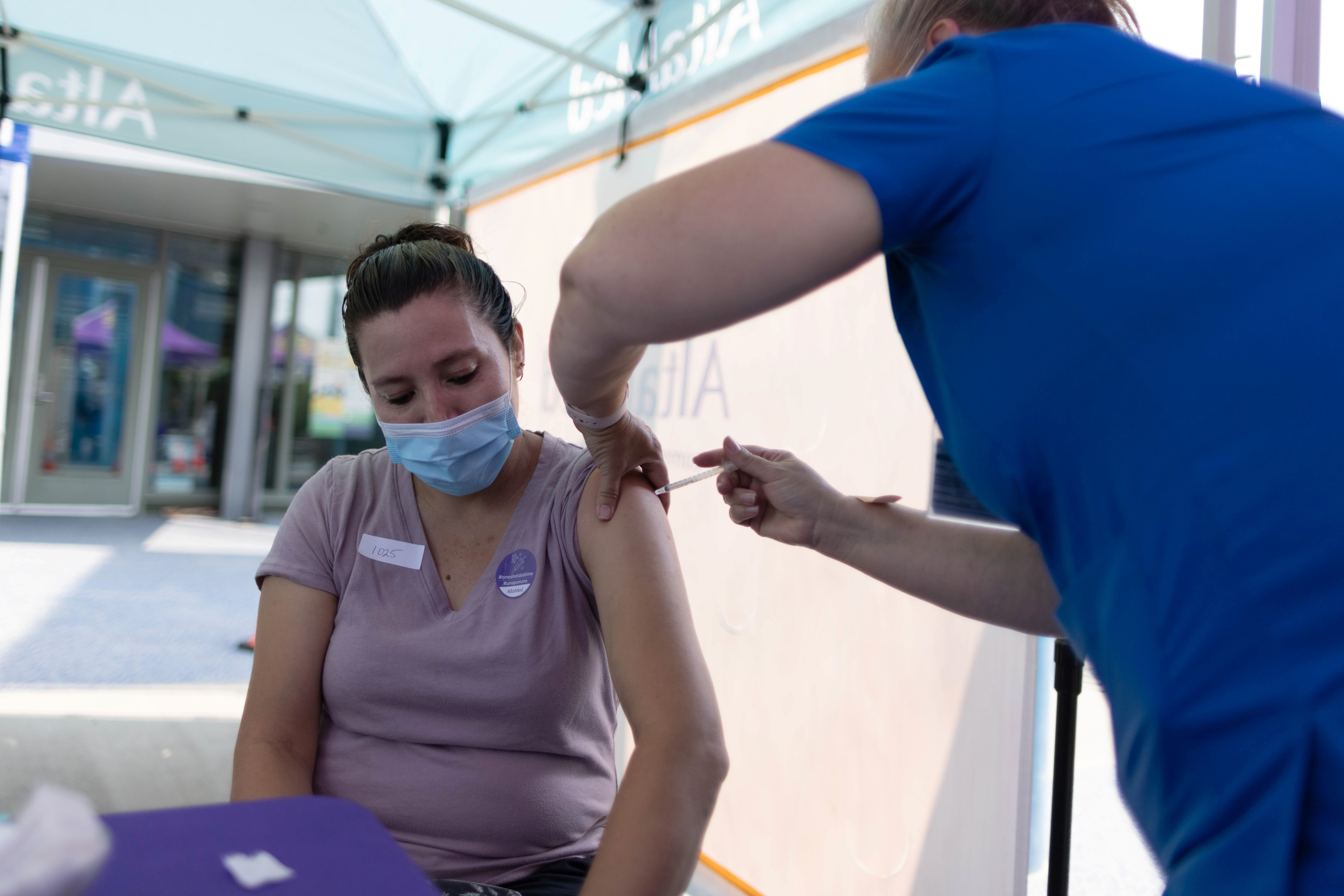 A handful of Republican leaders have described this Friday as “unconstitutional” the executive order signed by President Joe Biden that obliges federal employees and contractors who negotiate with the Government to be vaccinated. The measures would affect 100 million people. Conservatives have already threatened to sue the Administration for what they consider an attack on individual freedoms. “Go ahead,” the president responded this morning in a challenging tone. The greatest discomfort among critics of the new vaccination strategy to tackle covid outbreaks due to the delta variant has been caused by the instruction that requires companies with more than 100 workers to immunize the workforce or submit it to weekly tests.

The hangover from the aggressive plan announced this Thursday by Biden has been marked by the avalanche of criticism from the Republican core. The governor of Texas, Greg Abbott, assured that his State “is working to stop this seizure of power” which involves “an assault on private companies.” Wyoming Governor Mark Gordon warned the state attorney general to prepare “to take all steps” necessary to block the “unconstitutional overreach of the executive power of this Administration.” Along the same lines, Governor Brian Kemp of Georgia pledged to implement “all available legal options” to curb “this blatantly illegal overreach.”

In a visit by Biden this Friday to an institute in central Washington, the president said he was “disappointed” with several Republican governors for their “so arrogant” attitudes, related to the health of students. At least nine conservative states, including Florida, Texas and Arizona, have issued executive orders to prohibit the use of the mask inside the classroom for face-to-face return to classrooms, despite the fact that the Centers for the Control of Disease and Prevention (CDC) recommends otherwise.

Of the battery of measures announced by the Biden Administration, the one that has generated the greatest discomfort among Republicans is the one that forces companies with more than 100 employees to carry out weekly covid tests on their workers, an order that will affect 80 million employees. persons. The regulations will be enacted through the Occupational Safety and Health Administration and carry fines of up to $ 14,000 for non-compliance, according to an Administration employee cited by AP. The president of the Republican National Committee, Ronna McDaniel, also called the new guidelines “unconstitutional” and announced that her committee is going to sue the Government “to protect Americans and their freedoms.”

Among workers, the new health requirement for large companies has provoked mixed responses. Becky Pringle, president of the National Education Association (NEA), the largest professional employee organization in the United States, said in a statement that she “strongly supports covid testing or vaccination requirements” in the staff of more than one hundred employees and called on states to require educators to be inoculated. For his part, Everett Kelley, president of the largest federal union federation of workers (AFGE, for its acronym in English), was suspicious: “We hope to negotiate this change before implementation.”

Employees of the executive branch, including the White House, and those of all federal agencies have a 75-day deadline to get vaccinated or risk disciplinary sanctions, including termination, the White House reported. The nearly 17 million health center workers who receive federal funds to fund Medicare or Medicaid are also required to get vaccinated. Other government departments have established on their own that all employees must be immunized, as is the case with the Pentagon, which since the end of August has forced the military to receive the doses.

The outbreaks for the delta variant have completely changed the scene in the world power. On July 4, Independence Day, Biden claimed that the United States was “closer than ever” to becoming independent from the virus, but this Thursday he acknowledged that the country is going through a “difficult stretch, and it could last a while.” Compared to the same date last year, new daily infections have soared 300% and deaths are almost double. There are still about 80 million Americans who do not want to be vaccinated. More than 208 million have received at least one dose and 177 million are fully vaccinated, just over half of the eligible population.

To face the new wave, the Democratic Administration established a roadmap on Thursday to stop the spread of the delta variant: increase virus tests in schools; vaccinate the unvaccinated; offer a booster dose to those already immunized; protect economic recovery; improve care for people with covid-19; and inventing private companies to enact vaccination policies and stricter sanitary measures.