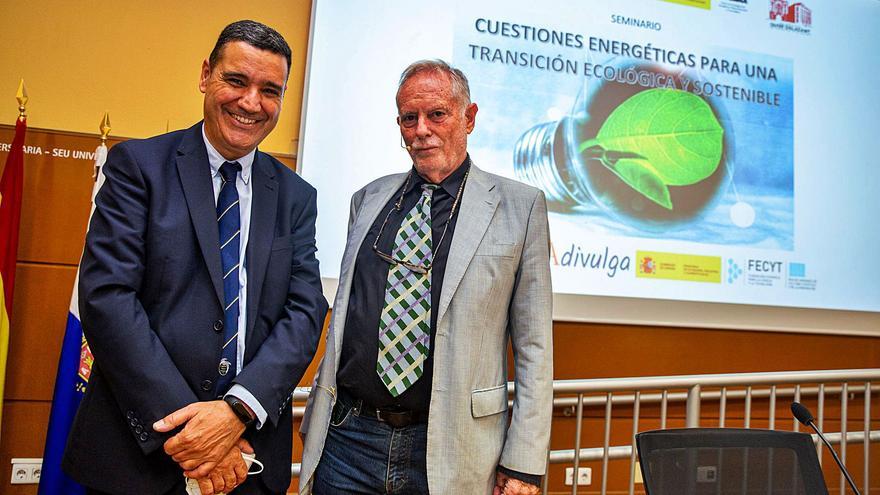 Experts renewable energy researchers, invited to a new session of the Science Classroom at the headquarters of the University in Alicante, they warn that the price of electricity will no longer be the same as before the exorbitant rise that we are suffering.

“Perhaps we were not aware that the price of energy was very cheap” weighs Roberto Gómez-Clavet, researcher and professor at the European University of Valencia and specialist in the energy transition in Spain. However, it abounds in the fact that the cost may fluctuate slightly downward and end up remaining, but at levels much higher than those we had previously.

«What is not ethical, neither lawful nor logical, is that a basic service like electricity force users to act as brokers of the stock market “adds to questions in this newspaper. “We must avoid fluctuations in price” that generate the current uncertainty and mistrust, which is why he advocates a necessary balance, says Gómez-Calvet.

In the medium term, he corroborates, “I do not see a drop to previous prices. They will go down somewhat but the price will be much higher than up to now. You have to be aware of the price of the service and that you have to pay for it ”.

He agrees with the professor of Applied Physics of the Autonomous University of Madrid, José Manuel Martínez, senator of the European Society for Research in Materials, that the more the environment is carbonized, the more the price of electricity rises, there the investigations that lead towards the reduction of CO2.

The solution is perceived in renewable energies because they do not carbonize, although the main drawback also resides in the storage capacity.

They also defend photovoltaic energy without ambiguity and of course, but also emphasize that putting the heating on this energy does not make sense, that certain services cannot be replaced with renewables.

Along these lines, they point out the stigmas surrounding nuclear energy despite the savings it implies, both economically and in the health system because not breathing pollutants reduces cancer, they explain, although they also emphasize that it does not imply that they defend it.

On the other hand, they advocate a revolutionary change in car culture since transport is the main emitter of CO2 into the atmosphere. Gómez-Calvet stresses that the current use should be forgotten for long trips, opting for a one-time rental, and suggests, at most, having a small electric one to go to and from work if necessary. “We must change the perception”, he specifies, because we want an electric one that does not pollute but is like the current one “and we cannot have millions of vehicles circulating or weighing 3,000 kilos because at a traffic light you do not recover energy”, they assert.

In this regard, the popular use of the scooter by young people is considered by researchers to be a very suitable option for these ages.

Transportation is the biggest source of air pollution. | HÉCTOR FUENTES