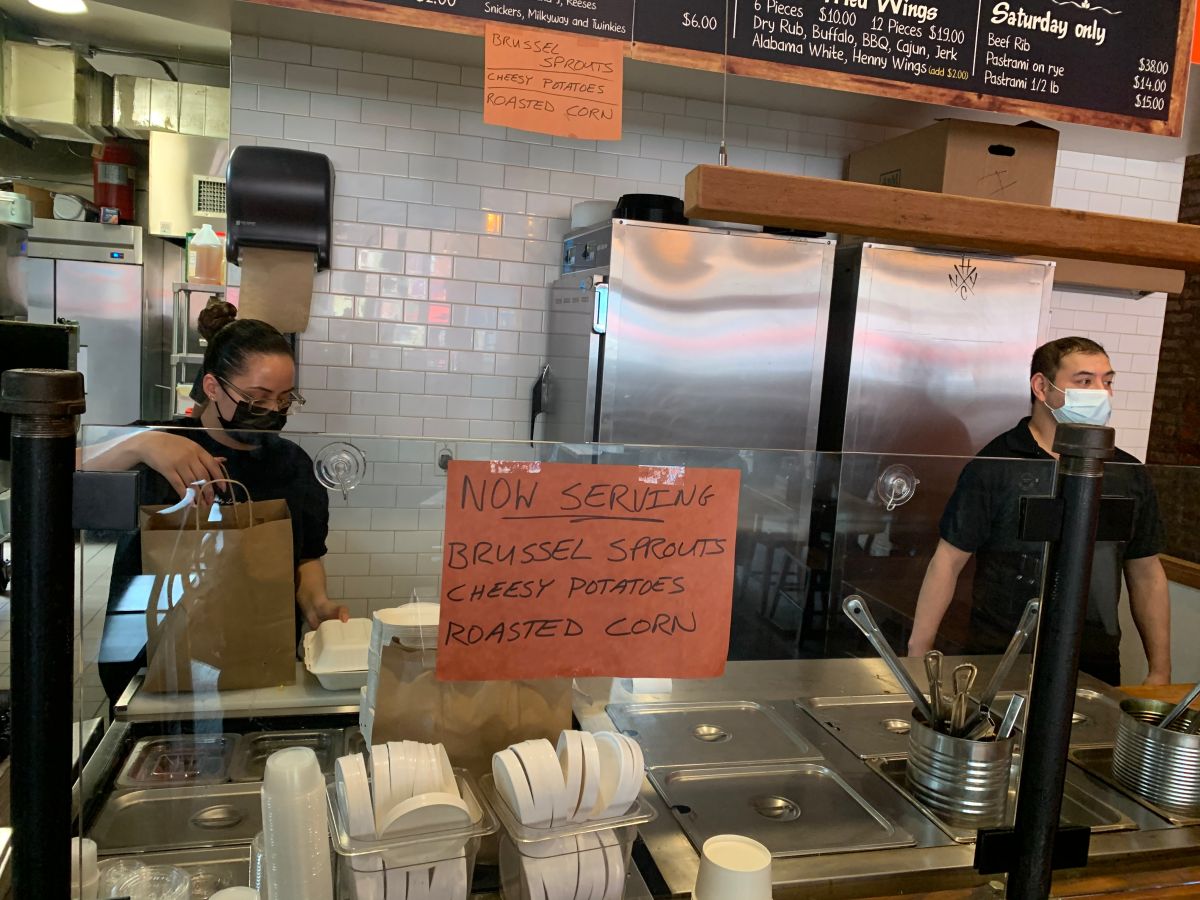 Business owners can use money from the Restaurant Revitalization Fund for payroll.

This Monday opened the period for food establishments such as restaurants and “food trucks” to request up to $ 10 million under the Restaurant Revitalization Fund (RRF).

The RRF, administered by the Small Business Administration (SBA) to distribute about $ 28.6 billion (up to $ 10 million per company and $ 5 million per location) for eligible applicants.

Bar, restaurant and food truck owners are eligible to receive the funds

Owners of bars, restaurants, food trucks and other establishments can apply for funds to help cover the losses they have experienced during the COVID-19 pandemic.

The minimum that will be awarded per business is $ 1,000.

Americans to whom the funds are credited will not have to return the money as long as they are used for what was stipulated no later than March 11, 2023.

The owners of establishments can use the funds for the payment of payroll, mortgages, payment of rent, of utilities, as well as for investment in maintenance and construction of spaces for clients abroad.

SBA will prioritize applications from small businesses owned by women, veterans, and disadvantaged individuals economically and socially during the first 21 days of the program, according to the White House.

After that initial period, applications will be considered according to the order in which they were received.

“Families of all races, ethnicities, nationalities, build their dreams around family restaurants,” President Joe Biden said from the White House on the focus of the program.

“Some parts of our economy need special help, at the top of the list are restaurants, which were among the first and hardest hit by the pandemic,” he added.

The Restaurant Revitalization Fund (RRF) was established as part of the third stimulus bill passed under the Biden Administration in March of a total value of $ 1.9 trillion.

Despite the efforts of the Biden Government, organizations such as the Independent Restaurant Coalition consider that the initiative is insufficient to deal with the economic crisis in the restaurant industry.

The coalition, which was formed during the pandemic to advocate for the needs of independent restaurants and bars nationwide, has been pushing for a much larger amount for this sector or $ 120 billion dollars.

Spokesmen for the group told CNN that the pandemic has cost restaurants and bars more than $ 219 billion, and that they have received less than $ 24 billion in the first round of loans under the Paycheck Protection Program (PPP).

The White House press release this Wednesday Specifies that in the first two days of the opening period, 186,200 owners of these businesses in the 50 states, Washington DC and the five US territories applied for the aid.

For more information on how to apply and the eligibility requirements, you can visit the website of the RRF program