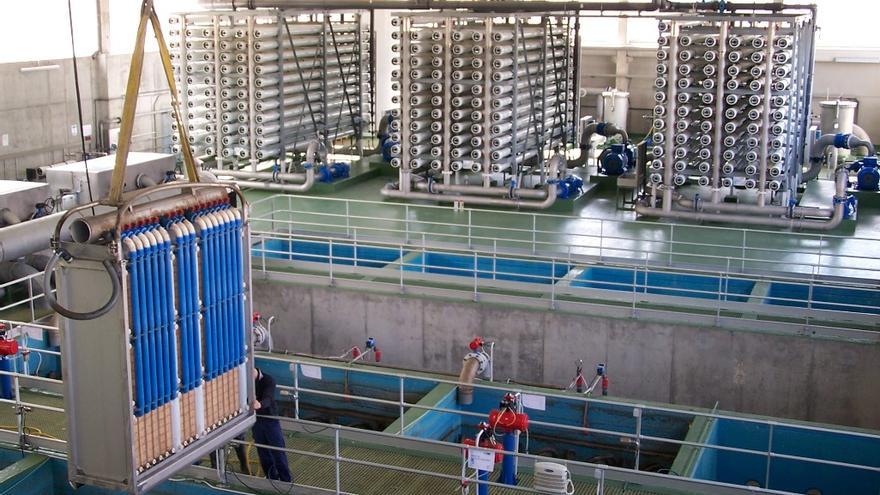 The participles that adjective waters have Latin etymologies, both carry the prefix “re” (expressive of change, change or renewal) and the copulative unites those, rather than as analogous or similar, for a common destiny, that of reuse, some and others are reused for irrigation. To resurrect, from “resucitare”, means to come back to life, to renew, to resurface, to give a new being to a thing. Called in the Vega Baja, in contrast to the clear or alive, dead those drained by the drainage network; The name of resurrected suits them when they are used again, and in this sense they revive, for irrigation. The adjective regenerated comes from “regenerare”, that is, to give a new being to a thing that has degenerated, to reestablish it; It seems convenient and proportionate to name the recovery of wastewater subjected to very complete treatments. Regenerating implies, with respect to purifying and purifying, a more complex and intense process, a greater degree of perfection and also a better result: the Benidorm WWTP, whose advanced tertiary includes ultrafiltration and reverse osmosis, goes far beyond mere purification, achieving an effluent of extraordinary quality. We have just anticipated that, when talking about water reuse, there are in Alicante lands, even for the whole of Spain, two prototypical examples, of singular interest: the multi-secular, and highly efficient, of resuscitated waters in the Vega Baja del Safe; and next to it, in the odd hydraulic history of Alicante, one of the latest generation, the reclaimed waters of the Marina Baja, with the harmonious conciliation of agricultural and urban-tourist uses of the resource.

It is not an exaggeration, on the contrary, to emphasize the extraordinary importance of the resuscitated waters in the irrigation of the Huerta del Bajo Segura: aside from the cloudy avenues, the clear or live ones that access the Vega by the river will know, when minus, three cycles; Oatmeal or dead after the first, they will revive for the second, and so on. Indeed, the vast and grandiose hydraulic building of the historic Huerta de Orihuela, the most extensive traditional irrigation in the dry climatic region of the Iberian Southeast, is constituted by the reiteration of the irrigation-drainage module; with the return to the distribution network, by one way or another, of the returns that gather the drainage networks (runners, azarbetas or landronas, azarbes or meranchos, major azarbes, in some cases randombones). For the purposes we are now interested in, let us begin by noting that all the epigean waters do not reach the aforementioned irrigation through the river course: some are dead waters led by random waters from the neighboring Huerta de Murcia, such as the one from the North, which feeds the Oriolana ditch of the Gates of Murcia; more important still has the Reguerón del Riacho that, with the largest drainage network on its right bank, reaches the Bajo Segura as Azarbe Mayor de Hurchillo. We have just alluded to two events of the greatest importance in this intense and unique reuse of water: there are main or larger ditches, such as the one mentioned in the Puertas de Murcia or the Mudamiento that do not take water from the river, but from the random ones. Let us note, on the other hand, that, in the best of the cases, of the eight dams that mark the Bajo Segura, only in the first, that of Las Norias, can we speak of living waters in a more or less strict sense; since before the second, that of the Huertos, the Azarbe del Mancomunado flows into the Segura, that is, the river itself also resuscitates water for irrigation. Let us also remember that older randombes (Abanilla, Mayayo, del Señor) assume the double function of drainage and irrigation. The old preserve of the Pías Fundaciones, made up of the terms of the three Eximidas Villas (Dolores, San Fulgencio and, today in Crevillente, San Felipe Neri), more than 4,000 hectares, is almost entirely irrigated with dead waters. Nor should we forget the elevation and transfer of dead water to the segregated Vinalopó basin (Nuevos Riegos El Progreso, Riegos Levante-Margen Izquierda). The examples could be multiplied, but, due to their nature, those expressed are enough to provide an idea, even an approximate one, of the unusual significance of the centuries-old reuse of water for irrigation in the Huerta de Orihuela, Vega Baja or Huerta del Bajo Segura.

In 1969, the apex of almost five years of drought, when only the foresighted and prudent attitude of the Canal Bajo del Algar Irrigation Community, through the purchase of water from wells, saved Benidorm from shortages; It was, due to the extreme situation experienced, extremely fruitful and marked, due to the response of the Community itself, a decisive milestone in the hydraulic diachrony of the Marina Baja, generating a set of initiatives and demands of the greatest significance for integral, sustainable management and harmonic of water resources, conventional or not. And, regarding the latter, the aforementioned Community requested a project from the Júcar Hydrographic Confederation for the purification of the residuals of Benidorm. A decade later (autumn 1978), in the famous drought episode due to the naval transfer of water to the great tourist center, they turned to this use and a year later the referred project was completed. In 1990, the agreement was formalized between the Benidorm City Council, the Canal Bajo del Algar Irrigation Community and the Marina Baja Water Consortium, in whose explanatory memorandum the purpose “to make it possible for the Canal Bajo Irrigation Community to del Algar use the waters coming from the Benidorm City Council Treatment Plant… The clean waters that, as a result, would be released would be used by the Consortium for supply ”. It was a decisive step, and a pioneer in Spain, to achieve integral and optimal water management; it would be followed by others, until an effluent of exceptional quality was obtained, fully satisfactory for irrigation. Recycled waste is the cornerstone of the agreements that the Consortium maintains with irrigators, particularly with the Bajo del Algar Canal, which, as indicated, with a generous and intelligent attitude, gives up white water in exchange for the regenerated in the WWTP of Benidorm. This plant, inaugurated in 1984, was expanded and perfected, in 2006, with the incorporation of advanced tertiary, equipped with ultrafiltration and reverse osmosis; addressed the need to correct the high conductivity that the waters of the aforementioned WWTP implied before desalination.

In the Marina Baja, the difficult challenge of combining the extraordinary tourist and urban development of the coastline, with the boom in Benidorm since the 1960s, and meager and irregular water availability, has received the full and accurate response of a hydrological planning imaginative and technically well resolved -a system entirely artificial and, however, completely respectful of the environment-, which supposes a substantial improvement in the regulation of epigeal flows, very careful and vigilant exploitation, subject to rigorous criteria of sustainability, of the fields wells and, very prominent, due to its characteristics and consequences, the reuse of wastewater; all of this assisted by general pipes that allow the symbiosis of two independent circuits -white and recycled water-, called to function, with great flexibility, to the compass of the rainfall year. The annual contrasts, sometimes very pronounced, depend on the rainfall irregularity: in rainy years, the volumes distributed by the Consortium of Waters of the Marina Baja, for supply and irrigation, come, above all, from rivers (Algar-Guadalest and Amadorio -Sella) and springs (Fuentes del Algar). The opposite situation arises in dry years, with a strong role for reclaimed water and well hypogea. Reclaimed waters constitute the most novel and unique reference of the set of mobilized conventional and unconventional resources, in variable and changing proportions, according to the hydrological circumstance. This original and successful approach, born from the conjunction of solid empirical knowledge and technical capacity, is the result of the long, loyal and reciprocally profitable cooperation between the Community of Irrigators of the Bajo del Algar Canal and the Consortium of Waters of the Marina Baja; otherwise, growing or leavening of conventions and agreements that would proliferate with other communities of irrigators.

In summary, a series of hydrological actions that have made it possible to face, with undoubted success, one of the greatest imbalances in Spanish territory between water availability and demand, showing how adequate management and precise infrastructures, which, integrated in a global telemetry system and remote control (Estación de Bombeo del Algar), provide exceptional flexibility for the finished and optimal management of the resource, they can promote agreement between users whose positions seemed, in principle, opposed and irreconcilable. The odd hydraulic history of Alicante does not detract, on the contrary, the achievements of the last forty years in the Marina Baja. With the hydrological problem of Spain to be solved, these lessons could perhaps be extrapolated, with benefit, to that effect, if one day the national hydrological horizon recovers and the general interest of the country prevails.

It seems convenient, and even necessary, to bring up the resuscitated and regenerated waters, due to what lies behind them, the superhuman effort and sacrifice of many generations of farmers, the unfinished struggle for and against water (“The one who is at the glue, dries up or suffocates ”); all the more so when, despite such a resounding and conclusive reality, there are many who, loudly or, even worse, with unfounded and harmful decisions, proclaim that here, in the Levantine lands, water is wasted.