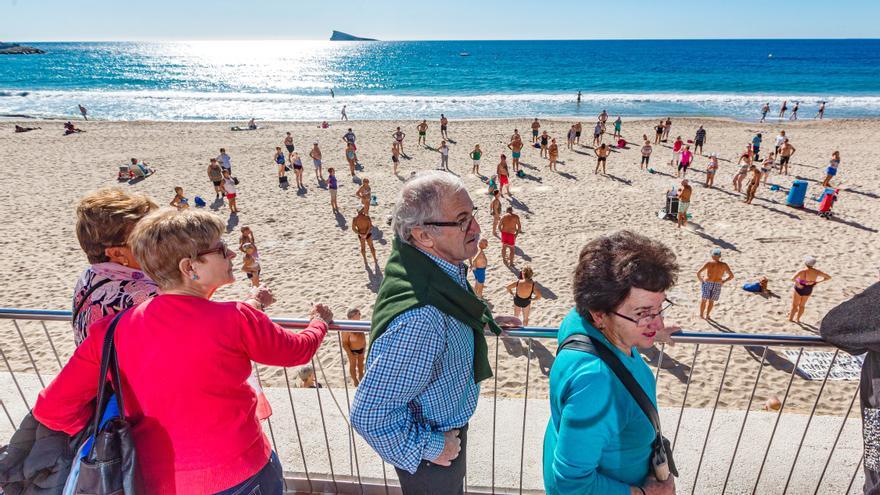 The Imserso has delayed until the 31st of this recently started December the opening of the deadline for submitting applications to request places (200,000 throughout Spain) to participate in the program of thermalism that takes place in all shifts, between February and August 2022 for the places requested from 31 and between September and December for the trips requested from May 15, 2022. While the trickle of hotel closures by season continues and On the next January 1 in the province there will be 80 hotels closed, sixty in Benidorm. On the other hand, the Imserso has begun to send this week to retirees the letters in which it communicates their accreditation as beneficiaries of the program informing them that they will be able to start applying for places as of December 14.

In the case of Alicante retirees, These can be done in the travel agencies or electronically on the pages of the tour operators Turismo Social and Mundiplan two days later, from the 16th. The amount to be paid for the firm reservation is 30 euros in the case of beach destinations and 40 euros for the rest of the trips. Beneficiaries entitled to a 50% discount must pay 15 euros as a reserve. If after five days after the reservation the total of the trip is not paid, it will be lost.

On the other hand, the issue of prices with hotels remains unresolved. The employer Hosbec broke out last weeka accusing the Ministry of Social Affairs of sinking the program, after having verified that it has ended up being awarded a reduction of 20 million euros, which now, according to the employer, the awardee intends to charge it to the hotels by offering prices between 22.5 and 23.5 euros per person / day for full board, and not the 25 euros that appeared in the specifications.

Also Read  Keiko Fujimori returns to her judicial ordeal with 1,900 evidence against her

More than 60 hotels in the province They have already closed their doors until next spring, many of them worked until now with tourists from the Imserso. The accounts do not come out because, in addition, the season has been reduced to three months after knowing that the subsidized trips will not start until the end of February 2022 and in June the season changes. This newspaper wanted to know the assessment of Mundiplan, but has not replied.

Hosbec denounces that the sector is once again mistreated and humiliated in a vacation program for the elderly of the Imserso that «it is being a disaster in its management from the first moment. Not only have the Imserso and its leaders ignored any claim, legitimately and economically argued, but they also turned a deaf ear to the advice that the businessmen put on the table about deadlines in the tender based on previous experiences. For its part, Generlaitat Valenciana itself has demanded a reaction from the Imserso to dignify the program.