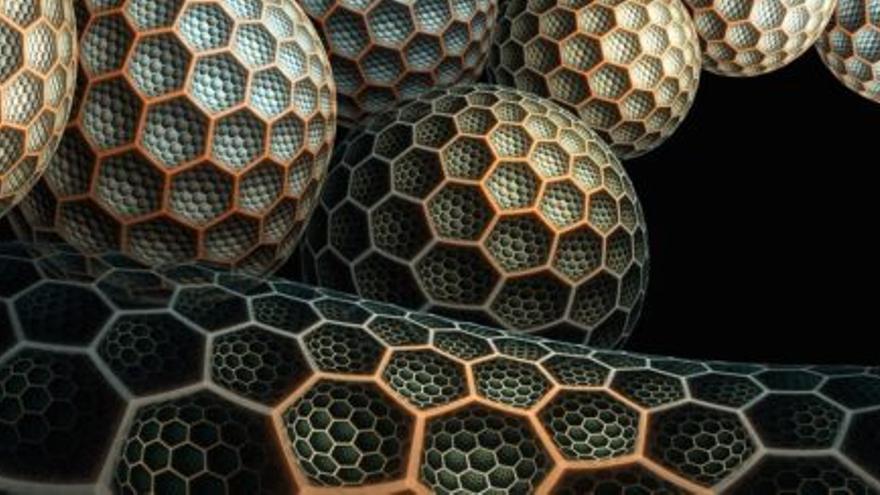 Few people know that, not long ago, most people who had suffered a spinal cord injury died within a few days of bladder infection and subsequent septicemia.

The brain does not receive information from the organs, therefore it does not know when the bladder is full. As a consequence, infection occurs, it leads to septicemia (which occurs when the response of our immune system to an infection causes damage to our own tissues) and the latter, in turn, produces the potentially fatal septic shock. (Yes, this is related to the cytokine storm syndrome that some COVID patients suffer from, a hyperinflammatory condition).

One field of research in which spectacular results are being achieved in recent years is that of brain-machine interface devices. Systems that read signals from the brain and that, adding to this human learning and artificial intelligence techniques, allow the individual to perform voluntary actions on the world around him.

The electrical activity of the brain can be read either with electrodes applied to the scalp (in the style of lifelong encephalograms) or to the cerebral cortex (electrocorticography), either with external magnetic sensors based on nuclear magnetic resonance technology or SQUID (quantum interference superconducting devices, which exploit the Josephson effect, one of those effects that, with microscopic quantum origin, produces effects on a macroscopic scale).

These techniques allow you to read, but.

For the latter, the implantation of activator electrodes in the brain is necessary. These, like the reader electrodes, already exist. However, all devices developed to date. They can cause infections and must be replaced from time to time.

Therefore, it was necessary to open a new technological strategy and this has been precisely the purpose of the project ByAxon. This is done through a multidisciplinary approach in a European consortium coordinated by Dr. María Teresa González, from the Madrid Institute for Advanced Studies (IMDEA) of Nanoscience.

Also Read  What does philosophy teach us to educate against corruption?

ByAxon was born to overcome the deficiency mentioned by means of a double novel approach.

First, through the development of a new generation of devices for the interface between the machine and neuronal tissue in general (not just brain).

And second, by targeting the spinal cord. After all, the medulla is the best place to access signals from peripheral limbs and internal organs.

Now, the second imposed additional conditions on the first. In the spinal cord, the nerve fibers are so tightly packed that the interface devices to be implanted also had to be extremely small and delicate.

In short, this new generation of devices had to, to be successful, have the following characteristics:

Substantial reduction in size compared to current electrodes. To enable their implantation in the spinal cord and to allow them to target each of their nerve fibers individually.

Improved biocompatibility over existing electrodes. To guarantee no infection and no need for long-term replacement.

And finally, operation in real time (that is, at the speed of nerve impulses) and at room temperature.

The electrodes available to date are not up to scratch. And neither are the brain-reading technologies cited above.

Does anyone see viable moving around with an encephalography team in tow? And let’s not say an MRI machine or a SQUID. The latter also involve the use of superconductors and, therefore, low temperatures.

(As a side reference, temperatures as low, at least, as those required for the preservation of messenger RNA anti-COVID vaccines. Which, incidentally, would be solved with mRNA-encapsulated vaccines. as developed by the IQS of the Ramón Llull University that already works in vitro, but it has not reached the clinical phase due to lack of funding!)

In short, the ByAxon project has managed to develop the two types of necessary devices with improved resolution and interaction with neuronal tissue compared to pre-existing ones.

Both families of devices are based on nanotechnology and, in addition, have passed biocompatibility studies (both in vitro What in vivo) that bring them closer to their medical application.

The sensors developed (the devices that read in neural tissue) are magnetic sensors based on the AMR effect (change in the resistance of certain electrical circuits when subjected to magnetic fields) that, when built on nanostructures (that is, on a “base plate” made of a few atoms arranged one by one with a pre-designed spatial pattern), multiply its measurement sensitivity.

They allow sensitivities between 1/10 and 1 nanotesla (10-9 Tesla). Certainly far from the resolution of SQUIDs (5×10-18 Tesla), but sufficient for the target application. To get an idea, its measurement sensitivity is of the order of 10,000 times less than the Earth’s magnetic field.

For their part, activators developed (the devices that write in the neuronal tissue) are electrical stimulators whose wiring consists of a nanostructure (in two modalities, metallic or polymeric) that allows them an intimate contact with the neuronal tissue.

As we see,. Reduction in size, increase in spatial resolution (to be able to “dialogue” with individual nerve fibers) and, in the case of magnetic sensors, also, increase in measurement sensitivity.

Ultimately, nanoscience has proven to offer the new technological strategy that was needed: we are in front of a new generation of interface devices that are implantable and that allow individual nerve fibers to be “rewired”.

Inherently, ByAxon required a multidisciplinary approach. Hence the constitution of the team that has given it life and that integrates knowledge in the areas of: nanomaterial science, electronics, biology and clinical medicine. (The detailed list of members is included in the References section).

And, by the way, spontaneously (without gender equality quota involved) it has turned out to be a project with a clear female protagonism.

Key people for the project have been: the aforementioned Dr. in Physics María Teresa González, project coordinator; Dr. María Concepción Serrano, expert in biocompatibility and member of the CSIC, who has worked closely with the team of Dr. Elisa Dolado from the National Hospital for Paraplegics in Toledo; Dr. Laura Ballerini, person at the world forefront in the interaction of nanomaterials with nervous tissue; Dr. Laurence Méchin, expert in the development of magnetic nanosensors, and Dr. Rodolfo Miranda, director of IMDEA Nanoscience and its Department of Nanomedicine.

An overwhelming majority of women. Because if women’s brains are the same as men’s, there is no reason why STEM disciplines (science, technology, engineering and mathematics) continue without them. And if, on the contrary, your brain is different from that of men, there is an obvious reason to start counting on them, seriously.

It is childish to think that this difference means inferiority, rather it will mean divergence. And, as a message to Inés (my daughter) and all the other young women: if we want human civilization to change for the better, we will need your divergence as a lever, a talent mine that has been so underutilized until so recently and that can become in the key to start thinking and doing differently.

The ByAxon project is part of FET (Future and Emerging Technologies), the European program that, integrated into Horizon 2020, aimed to promote visionary and radical paths in basic science that would lead to unprecedented technological possibilities.

Indeed, ByAxon has done so. On the one hand, it has developed visionary basic science in the field of nanomaterials. And on the other, it has opened a new technological strategy to achieve revolutionary medical applications.

We are not only talking about spinal tissue repair on which this first study has focused, but also about retinal implants, recording systems for patients with epilepsy and deep intracerebral stimulation devices for patients with Parkinson’s, among many others. Time and the commitment to scientific research will tell us.

The members of the ByAxon consortium are: Neural Interfaces Laboratory of the IMDEA Nanoscience institute (Madrid, Spain), the International School of Advanced Studiesof SISSA (Trieste, Italy), el Interfaces Laboratory for Neuronal Repair of the National Hospital for Paraplegics of SESCAM (Toledo, Spain), the Laboratory of Dra. Serrano of the Institute of Materials Science of Madrid of the CSIC (Madrid, Spain), the National Center for Scientific Research – GREYC (Caen, France) and the company mfd Diagnostics (Wendelsheim, Alemania).