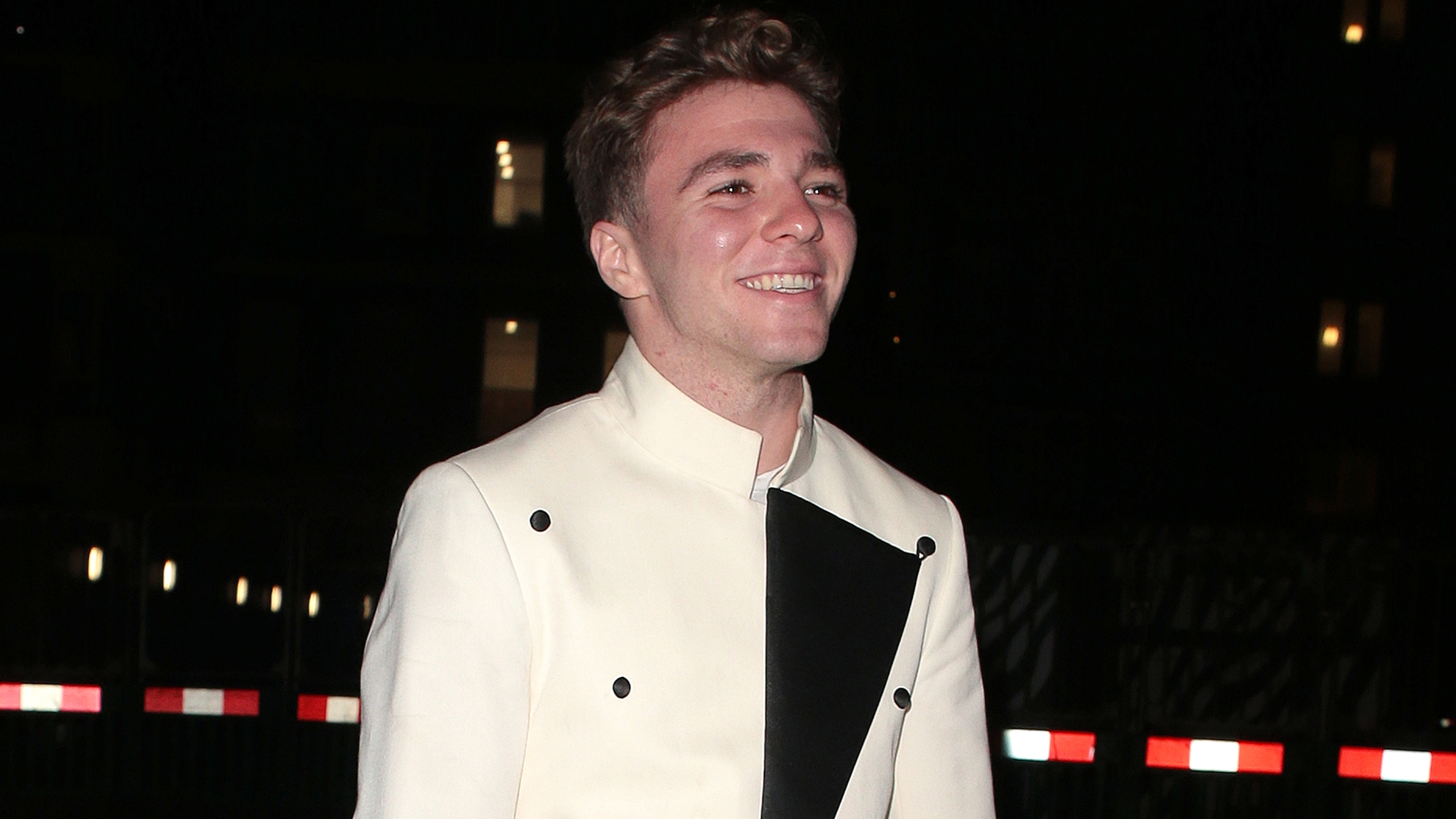 When they begin their professional career, the children of celebrities (especially of very famous celebrities) usually take advantage of the popular pull of their parents to gain a foothold in whatever industry, cinema, music, art. However, it seems that the only child in common that the well-known singer Madonna and British film director Guy Ritchie had has preferred anonymity to make his own name in the world of painting. Because there, 21-year-old Rocco Richie is just Rhed.

Young Ritchie is a painter and is represented by the London gallery Tanya Baxter Contemporary since 2018, when he held his first exhibition. In fact, the gallery states that since that show “he was hailed as a new Basquiat.” “He had a style, an emotion in his paintings. With an eclectic cultural background, with a childhood straddling New York and London, his paintings exuded a very attractive mixture of innocence and confidence “, they affirm in his biography, where they explain that he moved to London a few years ago to study Fine Arts and which “pays reverence to the artists of the London school, such as Auerbach, Lucien Freud, Francis Bacon and David Hockney.” In addition, it is noted that after passing through the School of Fine Arts he studied at Central Saint Martins and later joined the Royal School of Drawing of Shoreditch. A complete biography in which at no time do they proclaim the true identity of this Rhed, whose works, apparently, are sold for almost 30,000 euros, according to the specialized press.

However, it was an innocent photo of a friend, as well as the vision of a clever tabloid, that have uncovered Ritchie. In mid-December, businessman Jerrod Blandino, founder of the makeup firm Too Faced, uploaded an image of himself and his friend Rocco to his Instagram account – with 280,000 followers -. And as a caption he wrote: “Artists are here to disturb the peace and this kid is turning things upside down. So proud to add this incredible piece to our collection from the super talented artist Rocco Ritchie. ” Behind both, there was a piece of Rhed.

It was the diary Page Six who, after seeing the image and comparing the identical biographies of Rhed and Rocco, then realized that Ritchie was the one who was hiding behind that pseudonym. In fact, Madonna and Ritchie attended the opening of the then anonymous Rhed exhibition in 2020. Although they contacted both the Tanya Baxter gallery and Madonna’s representatives, they have both remained silent.

From the gallery and, logically as one of its represented, the work of Rocco Ritchie is widely praised. There is talk of the fascination for cinema that the young man experienced in his adolescence, “which inspired him to create scripts, shorts and photographs”, and also that “he loves music and it is an integral element of his art”. They also explain that he creates “self-portraits and portraits of family and friends with great psychological intensity.”

The gallery quotes in its profile an art critic named Hilary Binks who emphasizes that “Rhed is a painter of the 21st century and speaks on behalf of the millennial generation.” He also quotes Godfrey Barker, an art market specialist who has written for media such as the BBC, the Daily Telegraph or the Evening Standard, which says of the young man that it is “an authentic, pure and undiluted product of the 21st century” and acknowledges that “although it is not a prodigy, it has matured at breakneck speed”.

However, not all critics agree with all those praise. For Jonathan Jones, a critic specializing in the art of The Guardian, “His paintings are clumsy adolescent efforts with no sign of originality or vigor.” “That doesn’t mean you don’t become a better artist over time. Painting requires effort, ”he says, explaining that his strokes are“ amateur, vaguely imitating Picasso or Modigliani, something a million young boys could have done ”.

For Jones, in addition, the gallery “should be ashamed to cynically push these young men not yet prepared to the market.” “They compare him to artists like Banksy and Basquiat but, to be honest, the only thing on the street that he reminds me of is [la calle] King’s Road, where this kind of bad art is probably going to be sold to posh idiots. ” Although for an elegant as well as destructive comment, that of Rachel Campbell-Johnston, art critic of The Times, who has not hesitated to say that “talent does not necessarily run in the family.” It seems that Rocco will have to continue exercising the brushes to be really taken seriously by critics and the public.