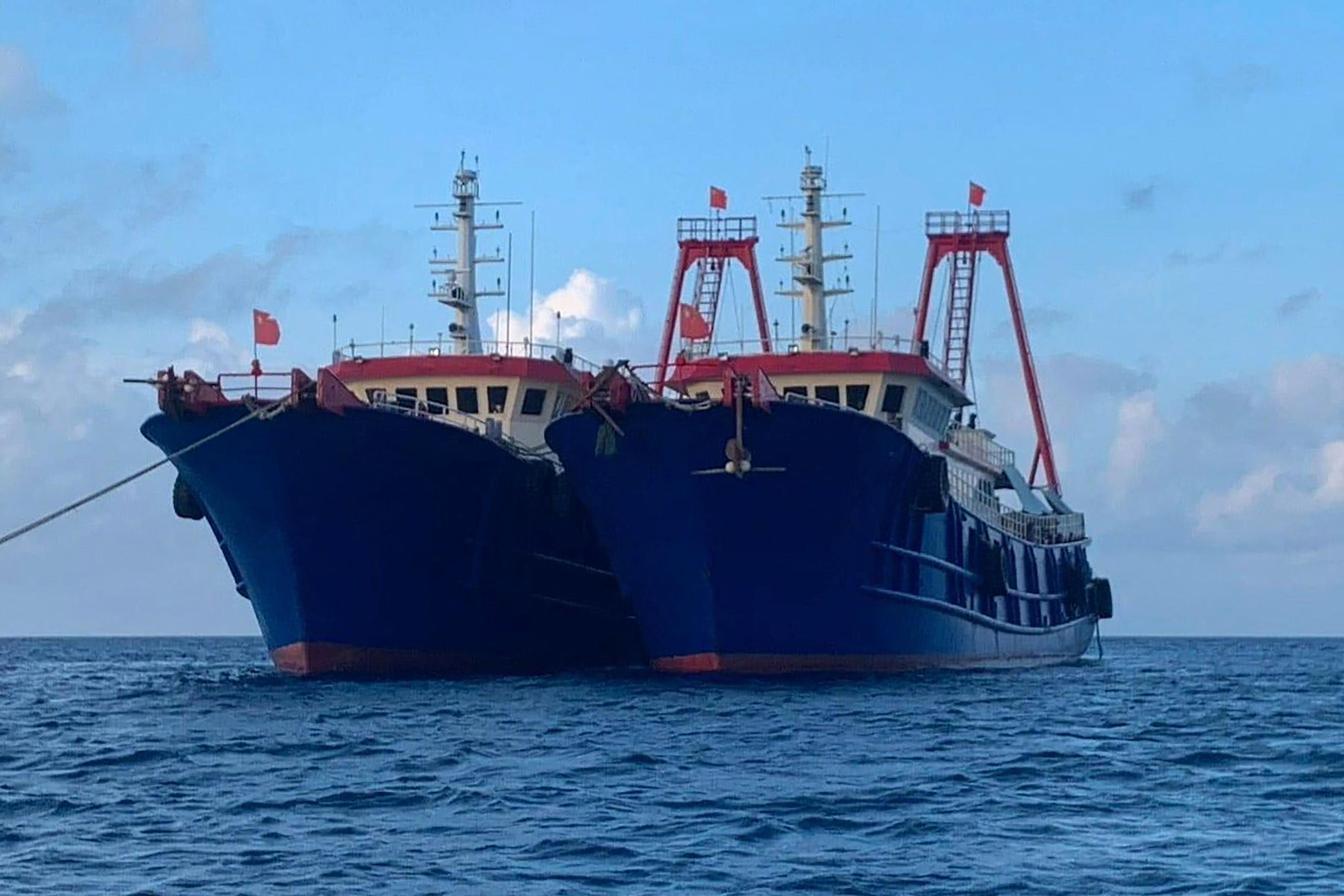 Manila presented a new diplomatic protest to Beijing on Wednesday. And he assures that from now on he will do it every day. Until the reason for his complaint disappears: the dozens of Chinese ships docked in disputed waters within the Philippine Exclusive Economic Zone (EEZ), which reached more than 200 last month. In a heated dispute, which adds fuel to rising tensions in the waters of the South China Sea, Beijing maintains that these are fishing boats exercising a millennial right and has warned against “hostile intentions.” The government of President Rodrigo Duterte denounces that they are maritime militias, which use the tactic of harassment to support the territorial claims of an increasingly assertive China.

Launching another diplomatic protest. Every day until the last one has left, as they would have done if they were really fishing, ”Philippine Foreign Minister Teodoro Loksin tweeted regarding the situation of the boats. On Sunday, according to his government, 44 boats still remained in the vicinity. Since the end of March, Manila has denounced the continued presence of these boats less than 200 nautical miles from its island of Palawan, near the Whitsun reef, known to the Philippines as Julián Felipe and China as Niu’e Jiao.

An international arbitration court confirmed in 2016 that the reef is within the Philippine EEZ, where only this country has the right to exploit the waters and the raw materials that they can store. The Philippines assures that it has not detected “true fishing activities of these boats”, and fears that it is an attempt to gain control of that area. A prospect that causes chills in Manila: the two countries have already come close to coming to blows in another disputed area, the Scarborough Islets, in an incident in 2012 also started with the arrival of Chinese fishing boats. Beijing has maintained control of the area ever since.

According to the Philippines, those ships, whose aerial images in March showed in groups, tied to each other, are part of the Chinese maritime militia. A paramilitary force, made up of fishing fleets that operate with public funds; Although its crew members are civilians, they can sometimes be armed, some are Army veterans. Their presence contributes to establishing a Chinese presence in disputed areas: these vessels, often sailing in large groups, claim the right to fish and their large numbers to block access to fishing vessels of other nationalities, or force them to leave a certain area.

Beijing – along with Vietnam, the only country in the area that has such a force – uses these flotillas “in operations in the gray zone, or low intensity clashes to protect maritime rights, at a level designed to thwart an attack. effective response on the side of the other parties involved. China has used them for its benefit in sovereignty claims in incidents in international waters in the South and East Seas of China ”, has written by scholar Andrew Erikson, of the American Naval Military School. Erikson describes the flotilla crews as “little blue men,” a reference to the “little green men,” the unmarked Russian soldiers who invaded eastern Ukraine in 2014.

China denies that the ships in Whitsun belong to this force. His Foreign Ministry spokesman Zhao Lijian insisted this week that they are simple fishermen exercising their right to fish and take refuge on the reef from strong winds and bad weather, as they have done for millennia. “I do not understand why some parties involved call the Chinese fishing boats maritime militias … to say that reflects ulterior motives, hostile intentions,” he said.

For its part, Manila has hardened the rhetoric this week. “I am not an idiot. The weather has been good, so they have no reason to stay there, ”declared Philippine Defense Minister Delfín Lorenzana on Sunday, accusing China of wanting to take control of the area in Whitsun. “They have done something like this before in Panatag and Panganiban (Scarborough and Mischief Reef),” he added.

Manila, however, has softened its tone to insist, through presidential spokesman Harry Roque, that it will follow “diplomatic channels and the peaceful route” to resolve the conflict. President Duterte himself has not spoken publicly about the situation, although in the past he has downplayed land disputes with Beijing to try to boost economic relations. The Philippines, one of the countries with the highest incidence of covid in Asia, receives a large part of its vaccine doses from China.

The dispute has increased tension in the South China Sea, where Beijing claims 90% of the waters despite the fact that the decision of the international arbitration court in 2016 rejected most of its claims. In addition to the Philippines, four other countries have disputes with China in that sea, where more than a third of world trade circulates.

Amid growing tensions, which also extend to Taiwan – Taipei reported on Wednesday a new incursion by Chinese aircraft in its air identification area – the United States has confirmed the shipment of its aircraft carrier Theodore Roosevelt, escorted by his group naval, to the area, for the second time so far this year. Beijing, for its part, is developing military exercises, led by its aircraft carrier Liaoning, in waters close to the self-governed island, and has ensured that this type of exercise “will be conducted regularly in the future.”