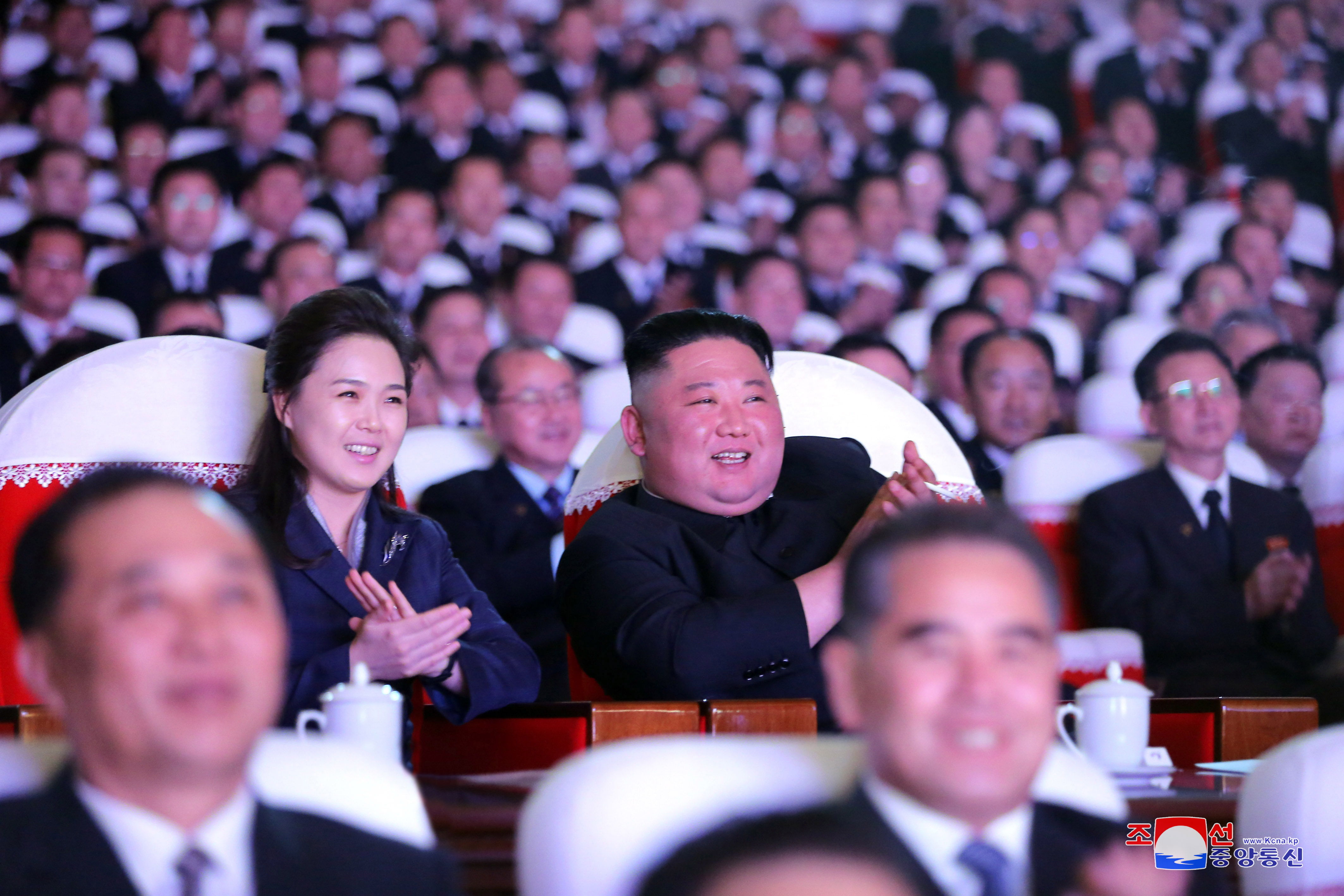 The mystery was cleared. Ri Sol Ju, the wife of the North Korean Supreme Leader, Kim Jong Un, has reappeared in public, after a year away from the lights that some had attributed to a confinement against COVID, and others consider that it could have been due to a pregnancy .

The couple attended a concert on the 16th at the Mansudae Theater of the Arts in Pyongyang to mark the anniversary of the birth of Kim Jong Il, father and predecessor of the current leader in charge of North Korea. According to the state news agency KCNA, when the two entered the room, the spectators broke into a “thunderous applause.”

The images that the official newspaper has distributed Rodong Sinmun It shows them together, smiling and relaxed – in one of them, Kim Jong Un, a chain smoker, holds a cigarette in his left hand – apparently enjoying the show. He is wearing one of his usual black suits. She, a blue jacket with a charming brooch on the lapel.

As can be seen in the photographs, this time no one in the audience wore a mask, unlike other official events in recent months that Kim Jong Un has attended. North Korea maintains that it has not detected a single case of covid within its borders, which closed tight in the first weeks after China detected the first infections in the city of Wuhan. It has not reopened them at any time.

But South Korea’s intelligence services (NIS) believe there may have been a case, given the heavy border traffic between its northern neighbor and China before the borders were closed. The NIS considers that the prolonged absence of Ri Sol Ju may have been due to a precautionary measure against the pandemic: they say that during this time he has refrained from participating in activities abroad to prevent possible infections but has dedicated himself to “playing with their children”.

This secret service believes that the couple have three children, although North Korea’s opacity about the leader’s private life and his family means that little details are known about them. Ri’s age is not exactly known either, at 32 years old.

Precisely, another possible explanation for the lack of public appearances of the North Korean first lady is that she has been pregnant and has given birth to another child.

So far it has not been uncommon to see Kim Jong Un’s wife accompany her husband on public events. This practice has meant a break with the protocol that prevailed in the times of Kim Jong Il, who attended official events without a partner.

But the last time Ri had been seen in public so far was on January 26 of last year, at one of the lunar New Year celebrations. Kim Jong Un himself disappeared from official events also for three weeks, sparking speculation about his health

Kim Jong Un’s wife first appeared publicly at official events in July 2012, months after her husband came to power following the death of Kim Jong Il in December 2011. Since then, he has been seen at more than a hundred public appearances. Among them is the inter-Korean summit in April 2018 on the border between the two countries that sealed a period of thaw – today suspended – between Pyongyang and Seoul. Ri has also accompanied the North Korean leader on his business trips, including a trip to Beijing in March 2018 to meet with Chinese President Xi Jinping.