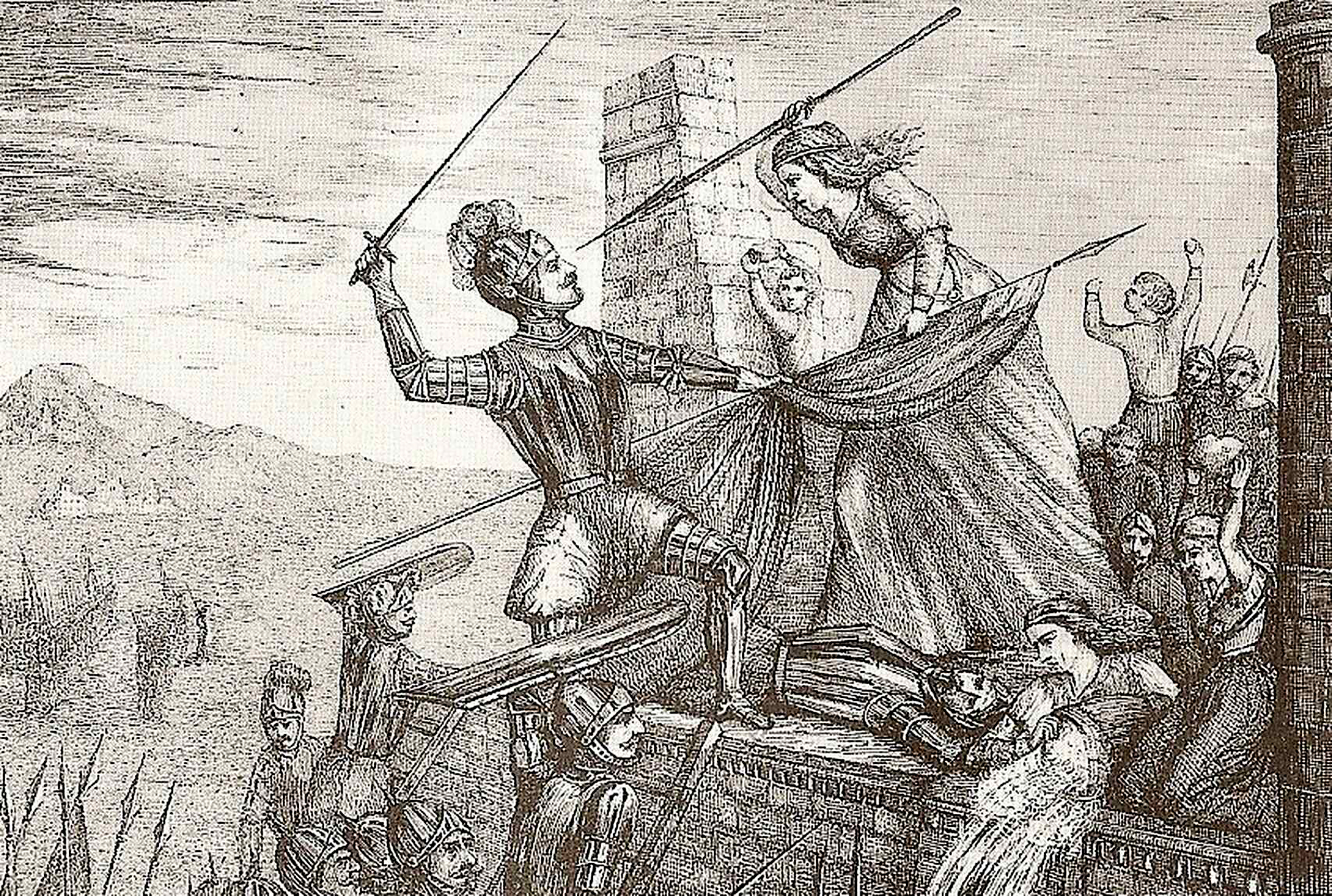 The attack was devastating. A total of 180 warships with 27,667 English soldiers and sailors pounced on A Coruña on May 4, 1589, a coastal town with just 1,500 soldiers available. The Galician capital, surrounded by walls in its upper part, was only armed in the castle of San Antón and in two galleons returned the year before from the failed attempt to invade Great Britain by Felipe II. Even so, the resistance of the then small population was heroic and, even, its few soldiers and ships dared to counterattack and send eight of the British ships that tried to land on its coast. Such was the courage of the defenders that they finally defeated a far superior force and put it to flight. In fact, five of those puzzled English ships were blown away by the wind or sought refuge in the nearby estuary of O Burgo. Four ended up sunk, after burning for several days, a few meters from Oza beach, at the mouth of the natural inlet, while another managed to enter the estuary, but also ended up under water shortly after, 100 meters from the line Coast.

Some 450 years later, the Ministry of Agriculture and Fisheries, Food and Environment has decided to improve the quality of the waters of the A Coruña estuary, for which it will dredge 583,337.04 cubic meters of its bottom. But first, you will have to attend to the environmental impact statement, which includes the Historical-archaeological technical report on the environmental dredging of the sediments of the O Burgo estuary. Because there, near its entrance, the wrecks of four of the ships of Francis Drake’s humiliated fleet continue and the fifth is already sensed within the estuary.

The report is clear: “There are oral references from shellfish fishermen in the area about the existence of a wreck in the Santa Cristina bar that has traditionally been identified as a wreck belonging to the 1589 English fleet commanded by Francis Drake [el almirante] and John Norris [el comandante de las tropas terrestres], after his failed attack on the city of A Coruña. They flee, leaving four boats abandoned and burned by the crew themselves. Documentary and bibliographic references indicate that they were adrift burning for several days until they finally sank. The underwater and dredging works that have been undertaken in the environment have documented remains of tableware and iron cannon balls belonging to this fleet ”.

As early as 1905, a 2.5-meter long bronze cannon of British origin had been located on Bastiagueiro beach, at the mouth of the estuary, possibly belonging to one of these ships.

The impact report, carried out by a consulting firm ArqueoAtlántica, places special emphasis on the still unidentified ship within the estuary and that would be affected by the dredging work: “The study of aerial photographs of the reference area between 2003 and 2015 shows a location where a spot is located that remains unchanged over the years and that could belong to the remains of a wreck ”.

However, other Galician archaeological sources doubt that it is a ship belonging to the fleet of Elizabeth I of England. “It seems quite risky to say that. It could be, but it could also be a more modern ship. It is true that one of the English ships, according to documentary sources, burned inside the estuary, but it will be necessary to carry out an excavation to confirm that it is the same ”, indicates a source that prefers not to be identified.

These sources recall that what has been proven for about 15 years is the existence of the wrecks of two ships of the Great Navy of Felipe II in the A Coruña estuary, but that they have not been extracted. Possibly it is the San Juan, the largest in the Spanish fleet, and the Saint Bernard, that rest at the bottom next to the urca Samson. They were three of the five ships that defended the Galician port on the day that the English appeared on the horizon with 180 ships.

Be that as it may, the report highlights that “the immediate area of ​​the O Burgo bridge [que une las dos orillas al inicio de la ría] it has been determined as an underwater area of ​​archaeological potential. The sedimentation and lack of current draft that occurs in many bridges, such as this one, must be understood as a recent phenomenon ”.

In fact, although the depth of the estuary has been reduced in recent centuries, ships with goods and pilgrims from northern Europe arrived at the port of O Burgo de Faro during the Middle Ages. It was highly protected, given its importance, by Alfonso VII and Fernando II in the 12th century. “During the Middle Ages the Jacobean phenomenon found a strong development, turning O Burgo, and later A Coruña, into ports of arrival for ships from the North Atlantic: British Isles, the Netherlands and the French west coast”, recalls the document.

Maritime transport was used in those times for the export of Galician products such as wine, and used by pilgrims who chose to make the trip by sea, for later continue on foot to Santiago.

“The port environments and anchorages associated with these host remains of human activities carried out while the vessels are docked or anchored. The main characteristic of the anchorage or port type sites is the presence of heterogeneous archaeological materials in terms of functionality, provenance and chronology, the presence of wrecks in these areas is not strange ”, the archaeologists explain in their report.

For this reason, and “taking into account that the bulk of the action will take place in an underwater environment, a proposal will be made of preventive and corrective measures necessary for the safeguarding of this heritage, including the possibility of carrying out archaeological activities (underwater archaeological prospecting, geophysical studies …) previous ”. The archaeological research work will begin in a few months, shortly before the dredging is awarded, which has already gone out to tender for 48.5 million euros.

The English ships that the cleaning of the estuary has brought back to the present are the reliable proof of a huge British military defeat, far superior to that carried out by the so-called Invincible Armada a year earlier. The Galician historian Luis Gorrachategui It figures in 35 the ships of Felipe II sunk in this failed military invasion of England, while the English agreed, through a State pact, never to make public their enormous material and human losses (estimated at about 20,000 soldiers). But five ships of the English queen – or four – cry out for memory.