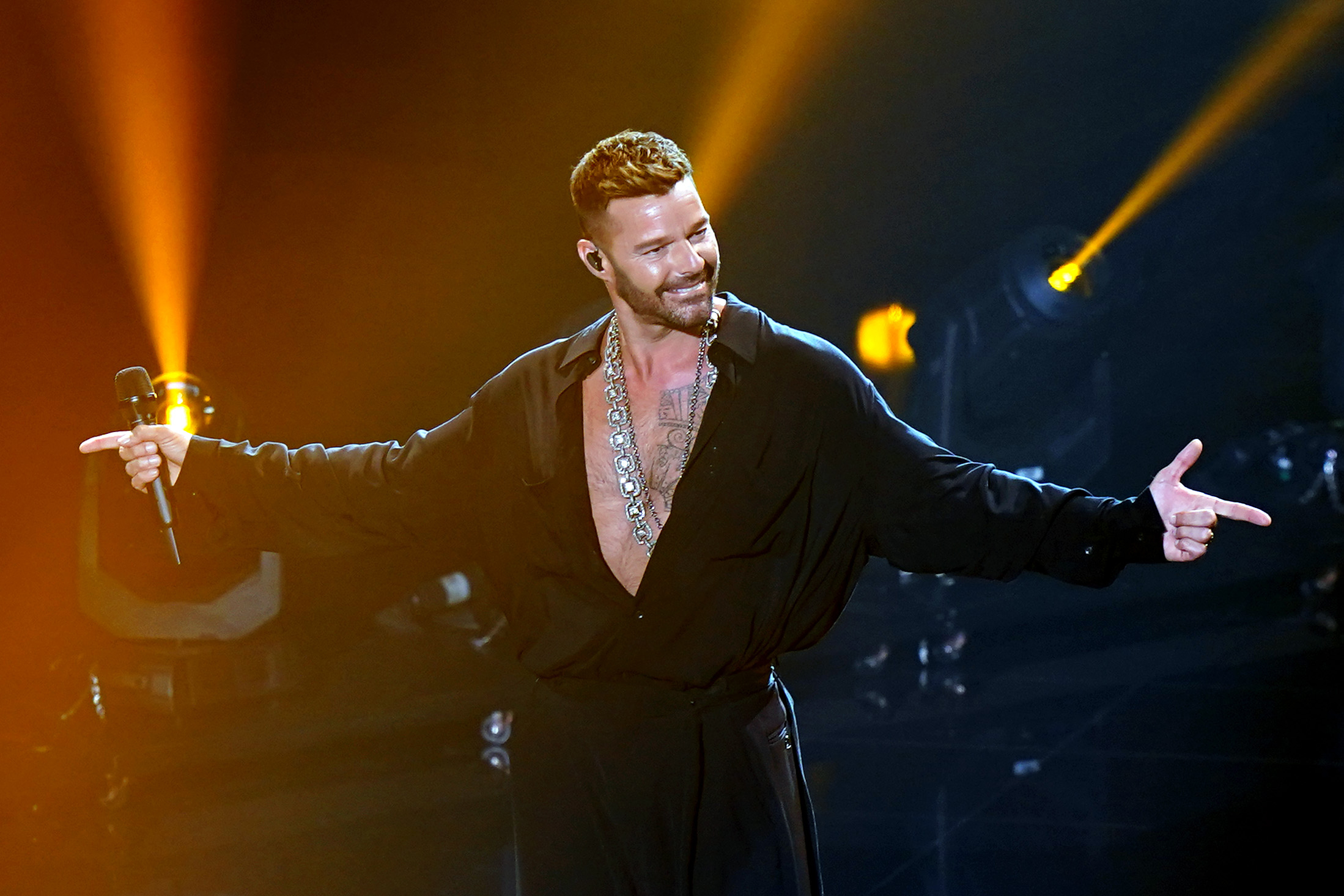 Ricky Martin has entered the electoral campaign and has done it in a resounding way: supporting Joe Biden. The 48-year-old Puerto Rican artist participated on Tuesday night in the meeting that the Democratic candidate for the US presidency organized with the Latino community in the city of Kissimmee, Florida.

Martin, who has always been against Trump’s policies, began his speech by criticizing the current president’s action in the face of the covid-19 pandemic. “For eight months the president of the United States has refused to implement a plan to end this pandemic, a pandemic that has killed 194,000 Americans, including thousands of Latino brothers and sisters.” An incompetence, in the words of the Puerto Rican artist, that caught many Americans by surprise, but not them, Latinos, who already knew Trump’s “cruelty” long ago. “After Hurricane Maria, you saw how he threw a paper towel at us while asking his cabinet if he could sell to Puerto Rico. We saw his cruelty when he launched his campaign calling for immigrant rapists and criminals, ”the singer recalled before calling on all Puerto Ricans and Latinos in the United States to vote on November 3 for the Democratic candidate.

“We have a chance to beat Donald Trump in November, we have a chance to elect a president who is going to rebuild America. […] Joe Biden is a man of character. He believes that we all have a place in this country, no matter where you were born, what you look like and who you love … we have to make sure that Joe Biden reaches the White House, “he settled.

BIDEN-HARRIS PLAN FOR RECOVERY, RENEWAL AND RESPECT FOR PUERTO RICO LINK IN BIO #votebidenharris In 2017, Hurricanes Irma and María caused serious damage to Puerto Rico’s infrastructure and economy, causing widespread deprivation and suffering for residents. The federal response to Hurricane Maria was inadequate and slow and likely contributed to thousands of subsequent storm-related deaths. And instead of calling for the enactment of Puerto Rico’s bipartisan supplemental appropriations bill in response to recent earthquakes, Trump first raided military construction funds, originally intended to repair Hurricane Maria-damaged facilities, for his border wall. . Now, he has signed a financial raid memorandum for disaster relief in lieu of reaching an agreement with Congress on improved unemployment insurance. Biden will ensure that Puerto Rico receives urgently needed federal disaster reconstruction funds to support Puerto Rico’s long-term recovery and increase its ability to withstand future storms. Specifically, he will: Accelerate access to funds pledged for reconstruction while ensuring transparency and accountability for public funds. Biden will immediately instruct the Federal Emergency Management Agency (FEMA), the United States Department of Housing and Urban Development (HUD), and all federal agencies involved in rebuilding Puerto Rico to work closely with Puerto Rico and municipal governments to ensure that federal funds are deployed. efficiently, effectively and in full compliance with the corresponding laws and regulations. Biden will also direct HUD to remove Puerto Rico’s unique onerous restrictions that limit its access to Community Development Block Grant (CDBG) Disaster Relief funds. And it will partner with the 78 mayors of Puerto Rico to ensure their communities get the funds.

It is not the first time that Martin, a great human rights activist, has shown his rejection of Trump in public. In June, he defined himself as “a threat” to the United States. “I am a Latino man, homosexual, married to an Arab man, living in the United States. In other words, I am a threat to these people, wherever you see it, “said the singer very seriously in an interview for the television program Tell me what you know, where he reflected on the increasing racism that exists in his country of residence. Also last February, during the Viña del Mar song festival, he positioned himself in favor of the Chilean people and supported the protests that the country has been experiencing since October for the defense of social rights in health, education and pensions, among others.

Ricky Martin was not the only celebrity who participated in the meeting that Joe Biden organized with the Latino community on Tuesday night in the city of Kissimmee. Along with him were Eva Longoria (who recently created a foundation to give a voice to Latinos, especially after the pandemic and with his sights set on those elections) and Luis Fonsi, who recalled his upbringing in the state of Florida and he appealed to the values ​​that according to the musician have been abandoned by Trump, such as unity, inclusion and acceptance. “It is time that we have a president who treats us with the dignity we deserve, who recognizes how valuable our contribution to this country is, and who promotes unity and acceptance,” he wrote. Fonsi on his Instagram at the end of the act and asking the Latino citizens to vote.