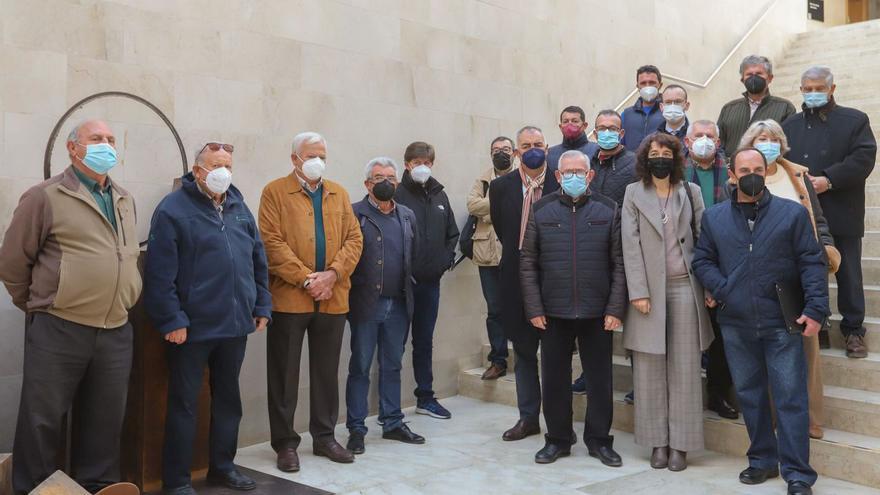 The Generalitat continues to hold informative meetings on the Vega Baja Territorial Action Plan (PAT), a regulation that aims to standardize and bring order to various fronts -such as urban, environmental and cultural- at a supra-municipal level, so it will be mandatory compliance by the 27 municipalities of the region. For example, it seeks to match the uses and activities in the garden. For this reason, on this occasion, the general director of Territorial and Landscape Policy, Rosa Pardo, had a meeting in Orihuela with the 17 irrigation communities and water courts, who expressed doubts and uncertainties about a project that is in the public exhibition phase , with the interested and affected parties being able to submit arguments, suggestions and recommendations until mid-March with the aim of including them in the final draft.

One of the demands demanded by the farmers was that the administrations be coordinated. Specifically, the Segura Hydrographic Confederation has planned in the Flood Risk Management Plan a series of river corridors that are also included in the PAT. In this sense, they asked that they not only be reflected in a plan but that they be given content and made concrete. These corridors seek that in episodes of torrential rain the pressure of the river is discharged with controlled overflows so that the riverbed does not break, as happened in the DANA of 2019. For the Rambla de Abanilla, a corridor is proposed that borders Orihuela to La Campaneta and from there to the river. If the riverbed were already on the edge in this area, it would flow into the ditch following the natural trail behind Dolores towards the Hondico. The other road that is established is between Heredades and Formentera del Segura. However, some water judges warned that this measure condemns some municipalities to be flooded every time there are avenues. Something like sacrifice zones that would be with the sword of Damocles above them whenever there was a risk of flooding: Daya Vieja, Dolores, San Fulgencio and the lower part of Catral.

Also Read  How can I get closer to my best friend's wedding when I'm so worried about her future happiness? | Relations

Another of the points in which they influenced the most was that the PAT protect the hydraulic system as a heritage asset, giving greater importance to the network of ditches, aqueducts and aqueducts. Because, they insisted, traditional irrigation is essential in the region. They even added, because as the municipalities are not protected, they carry out interventions in terms of rainwater and canalization that are sometimes not adequate, as well as other infrastructures, such as highways, that do not take into account the flow of avenues, aqueducts or the effects barrier. In addition, they stressed, because the irrigators are the owners of that network.

The buildability and the different uses in agricultural land concentrated part of the debate. In order to build a home in a farming area, a minimum area of ​​10,000 square meters is required, while with the PAT another 10,000 associated with the farm are added. Some water courts stated that they will present arguments so that this point is not modified, while others defended that it is about preserving a garden linked to agricultural use and preventing illegal and uncontrolled construction on undeveloped land. In short, achieve an orderly region that protects your garden to the maximum.

Bascuñana meets with the business sector

The mayor of Orihuela, Emilio Bascuñana, who last week announced that the City Council will present allegations to the Vega Baja Territorial Action Plan to “defend the needs and interests of the municipality”, met yesterday with the business sector to assess the proposals and pick up your demands. That is, “concrete solutions and measures that benefit development, especially the improvement of road communications between the center of Orihuela and the coast, such as the CV-95, something that is a priority”, explained the councilor at the end of the meeting, in which was also Rafael Almagro, Councilor for Finance and Heritage.