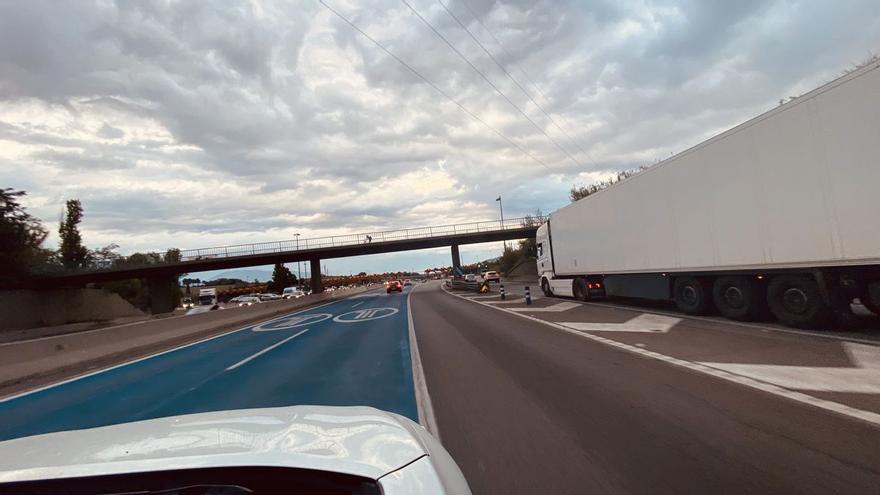 The transport freight by road grew last year around 7% with which it recovered the volume of pre-pandemic activity. According to data from the consulting firm DBK, after the drop in turnover of 5.1% in 2020, the sector grew again last year in the Iberian Peninsula, as a result of the economic recovery and the promotion of electronic commerce. The turnover of the sector went from 17,550 million euros in 2020 to exceed a turnover of 18,800 million in the Iberian Peninsula. The Spanish market showed a somewhat more unfavorable behavior than that of Portugal, registering a negative variation rate of 5.2%, compared to the fall of 4.6% in Portugal in 2020. “The reduction in international travel and foreign trade caused by the pandemic caused the international transport segment to maintain the most negative evolution in 2020, posting a decrease in turnover of more than 7% in the Iberian market as a whole,” explains the DBK report.

Despite the recovery in demand in 2021, “in the short term, a strong pressure on profit margins, derived from the upward trend in costs, mainly fuel and labour”, add the DBK experts.

The freight transport market in Spain and Portugal is characterized by the high fragmentation, with a high number of small-sized companies. There is also a high participation of self-employed workers, who generally operate a single vehicle. In 2020, 112,142 transport companies operated in the Iberian market as a whole, 1.2% more than those existing in the previous year. Of these, 104,424 were operators domiciled in Spain, while in Portugal there were 7,718 companies.

The number of public freight transport vehicles totaled 275,864 units, of which 257,462 belonged to Spanish companies and the remaining 18,402 belonged to Portuguese companies. It results, therefore, a average in the Iberian market as a whole of 2.3 vehicles per company, a figure that reflects the small average size of the fleets and the fragmentation of supply. In this regard, the joint market share of the top five groups in the Iberian market stood at around 13% in 2020, while the top ten gathered only 19%.

The freight transport sector is experiencing an alarming lack of professionals due to low wages and appalling working conditions. Drivers from various countries, mainly from Eastern and Asian countries, with low salaries have devalued the social prestige of the international carrier. The logistics systems for optimizing routes implemented in recent years have given the finishing touch to make being a truck driver one of the least desired professions. Europe has an estimated shortage of 400,000 truck drivers, according to the Transport Intelligence research group.

DBK is dedicated to supplying specialized commercial and financial information for companies, with a consolidated turnover of 90.2 million euros in 2020. The firm has a national database with seven million registered economic agents, integrated into the Dun & Bradstreet, which offers access to information ‘on line’ of more than 400 million companies around the world. Informa D&B has a workforce of more than 350 people, its headquarters are in Madrid and it has delegations in 20 Spanish cities. D&B is part of Cesce, specialized in comprehensive risk management, with more than 1,500 employees who serve more than 140,000 clients, with a net profit of more than 21 million euros.