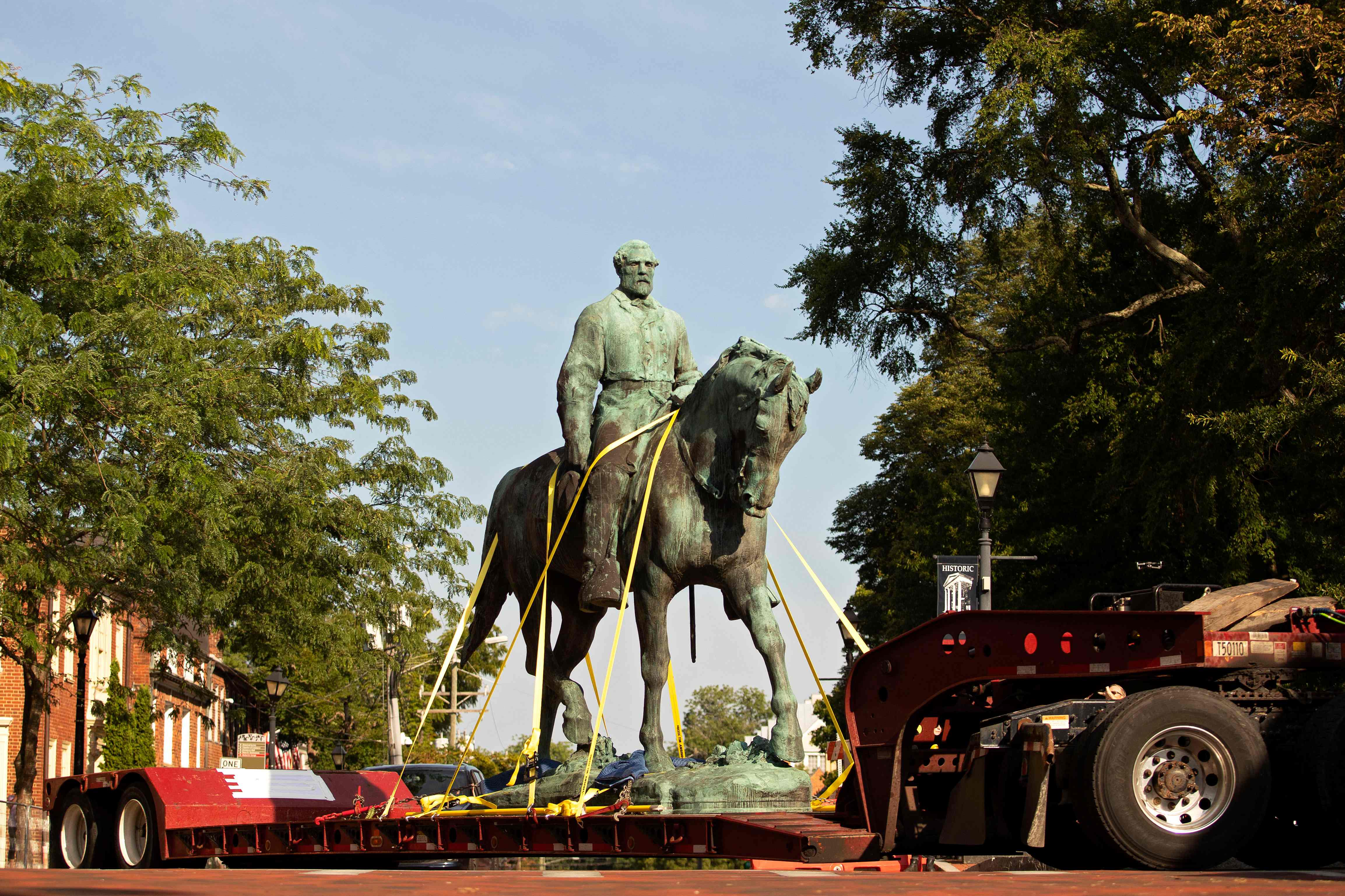 Statues of Robert E. Lee and Thomas Jackson, two generals in the Confederate Army who rebelled against the United States to defend slavery by causing the Civil War, have been withdrawn this Saturday in Charlottesville, Virginia. The monuments stood in the town for 97 years and will be kept until city councilors vote on their future. The Lee and Jackson pieces – known as Stonewall – are loaded with ominous symbolism. Hundreds of white supremacists flocked to this town in August 2017 to protest against the authorities’ decision to remove the statues. The demonstration led to race riots that led to the death of a 32-year-old woman, who was run over by a 20-year-old neo-Nazi who drove his car against the anti-fascist crowd that rejected the presence of the far-rightists.

The city installed fences and restricted traffic in the area for the removal of the statues this Saturday. The authorities, however, did not fear racial protests like those experienced four years ago. “We are inviting people to join us in the park … We believe that many members of our community really want to be there to see this finally happen,” said a city spokesman. From 06.00 am people began to arrive, some dressed in black T-shirts and the acronym Black Lives Matter (black lives matter). The atmosphere was festive. Photographs were taken, proclamations were released and some tears were shed during the retreat of two works that caused pain in the context of rising racial tensions during the Donald Trump administration.

The statues had been the subject of a long and bitter court battle since high school students began a signature drive in 2016 to remove them. Charlottesville councilors endorsed the withdrawal in a tight 3-2 vote in March 2017. This decision prompted an almost immediate lawsuit by relatives of the Confederate fighters in the Virginia division, one of eleven rebel entities. who took up arms against President Abraham Lincoln. The petition called for keeping the bronze works in place in memory of the families, something that was supported by district judges. In April of that year, however, the State Supreme Court reversed the decision and gave the green light for removal.

The court order was taken as a challenge in the United States by Trump, a president who revitalized far-right movements and white supremacists, who took the ruling as an opportunity to stand against the historical revisionism that had been promoted in the Administration of Barack Obama. Charlottesville then became a defense territory for movements like the Ku Klux Klan and other movements that sympathized with America’s southern slave past and defended historical identity.

Crowds of young white men made a pilgrimage in May 2017 from different parts of the country to the statues of Lee and Stonewall. They arrived at night and holding torches. They shouted “they will not replace us” and “Russia is our friend.” Among the leaders was Richard Spencer, a supremacist who helped popularize the movement known as the alt-right. The protest was brief. In just over 10 minutes the police were forced to disperse it, but the moment left one of the worst stamps of the first months of the Trump government, who months later avoided condemning the supremacist groups that had unleashed violence by defending the statues again.

The figure of Robert E. Lee is very important in the southern United States. He is the most important general among the Confederates, a movement that left its mark in the region with more than 700 monuments in the country. The name of the military man was used for schools and avenues. His name has fallen out of favor as a result of recent human rights and anti-systemic racism movements. Finally, Lee’s family was a slaveholder. His treatment with the black slaves of his property was humiliating, as has been documented by some historians.