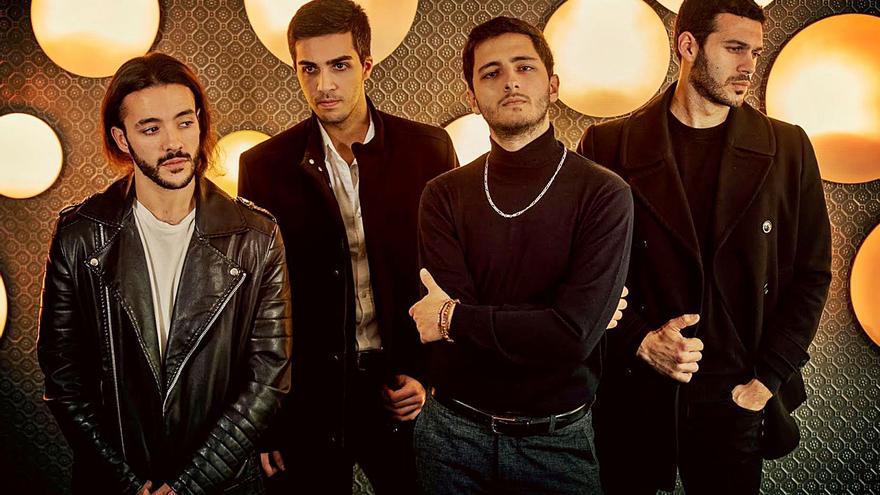 The night is his first album. What have they put on the album?

It is a rock record. We have continued the essence of our first work, the EP Time and Attitude, in which each one brought elements of native indie, rock, hip-hop and songwriting, but adding a story as a common thread, and further exploring the limits of rock. The nocturnal theme is present in many elements of the album: in its harmonic construction, in the evolution of the tempo, in the theme of the lyrics, in the dark guitars, in the danceable basses or in the rhythms reminiscent of dance or hip-hop. We try to find the sound of the different moments of a night and turn it into songs.

What fatal attraction does the night produce on you?

Surely the romance with the night comes from the moment the album was composed. Many of the songs were worked on during confinement, and one of the things we missed the most then was partying. In the end, for someone loaded with obligations, the night is a place to free oneself, where to let go, and that is what the album talks about.

Regarding the aesthetics of the album and the covers of the singles, you have taken as a reference Trainspotting, Danny Boyle’s film. Do they match the message?

At Arde Bogotá we really like cinema, and the cinema created in the late 90s and early 2000s somewhat reflects the attitude with which, in a way, we see ourselves reflected: speed, frenzy, living out of place … and being always looking for something. The soliloquy at the end of Trainspotting suggests that we “choose life,” and that represents us. We believe that we are part of a generation that despite being extremely well trained, has to moonlight to get ahead (if you can succeed …), and even so, it always seems that we are to blame for everything. Are we in the middle of a constant crossfire? It looks like it is. But in the end that message of taking the bag with the money and choosing to live is a bit the goal, it is a bit the spirit of the album.

A key factor in their sound is their eclecticism. Is there a lot to learn from Kanye West and Bad Bunny, even if you want to rock?

We have had Kanye and Bad Bunny very present while composing this album. Just like Dua Lipa, Billie Eilish or J Balvin. In the end they are the authors of a large part of the soundtrack of our party nights. No one has experienced as much beat-making within the mainstream as the great hip-hop or reggaeton producers. They also use words as dynamizers of the themes in a masterful way, and they play with the punching moments of a song in very original ways. And they certainly fill the dance floors. So yeah, of course, there is a lot to learn from all of them if you want to rock.

Is it true that Carlos Cano was the origin of everything or is it a hoax that has survived to this day?

Carlos Cano singing on stage was more rocker than AC / DC, and The Last Bolero is the most important song for this band, so yes, it is the origin of everything.

Rock is long dead and there is no problem with that. On the contrary, it is cause for celebration. Rock ceased to be a majority music years ago, but that allows it to become a place of experimentation and growth, and that the people who lead its creation are not poly-addicts idolized for breaking televisions, but for their talent and originality. The trap is not a fad, but it is fun to incorporate that topic so harsh to the reflection that is made in that letter.

In Millennial they talk about the future and love. Is your vision hopeful?

From our work in Time and Attitude we say that we talk about the future and love because they are surely the issues that concern us most right now, so our vision may not be so hopeful … But for us the drama is in uncertainty and Millennial is a topic that talks a lot about that. It happens to the four of us that we carry the burden of not knowing what our life will become in two weeks and that uncertainty is what generates doubts about what our role is or what we can do. And the solution we propose is the only one that occurs to us in the face of such an abstract future: procrastinate.