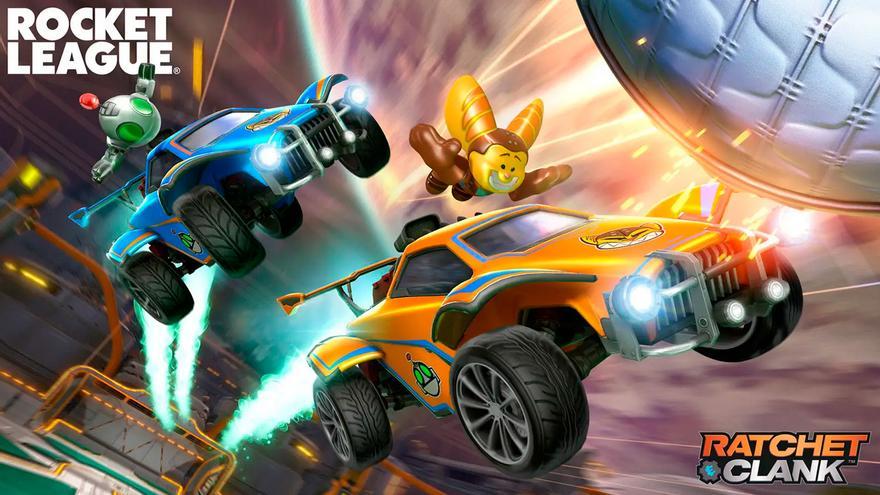 ‘Rocket League‘has just gotten even better on PlayStation 5. By now, Psyonix will have released a major update bringing a number of new graphical features to the game, including support for a 120 frames per second refresh rate, as well as new commemorative items. from the ‘Ratchet & Clank’ series. According to the official publication, all players who log into the game from PlayStation 4 or PS5 will receive the pack of the cute heroes of the PlayStation family for free.

Updating ‘Rocket League’ It will also provide support for the game’s graphics modes, including the option to run at 120 frames per second. This way, once the update is applied, players will be able to select between Quality and Performance mode in the video settings.

Quality mode: 4K resolution at 60 FPS with HDR. Requires a 4K capable display. If a 1080p display is used, the game will render at 1080p 4K super-sampled. HDR requires an HDR10 compliant display and an HDMI 2.0 cable or higher.

An important detail is that compatibility with 120 FPS and Image Quality or Performance modes have been available on Xbox Series X since November last year. According to the developer, the reason for this difference in times is because the version for Microsoft’s console allows enabling the function with a simple patch, while the Sony console required a reprogramming of the game code. The same has happened in titles like ‘Call of Duty’. The PC version of ‘Rocket League’ allows, for example, to select the maximum number of frames at fixed intervals such as 144, 240 or 360 Hz. There is also an option to fully unlock the FPS rate.

It is worth remembering that the new season and the pass are already available, with the vehicle Outlaw, the sand DeadEye Canyon, plus a wide range of cosmetic items and highlights. The game is available for free for PC (on the Epic Games Store), PlayStation 4, PlayStation 5, Xbox One, Xbox Series X | S, and Nintendo Switch.