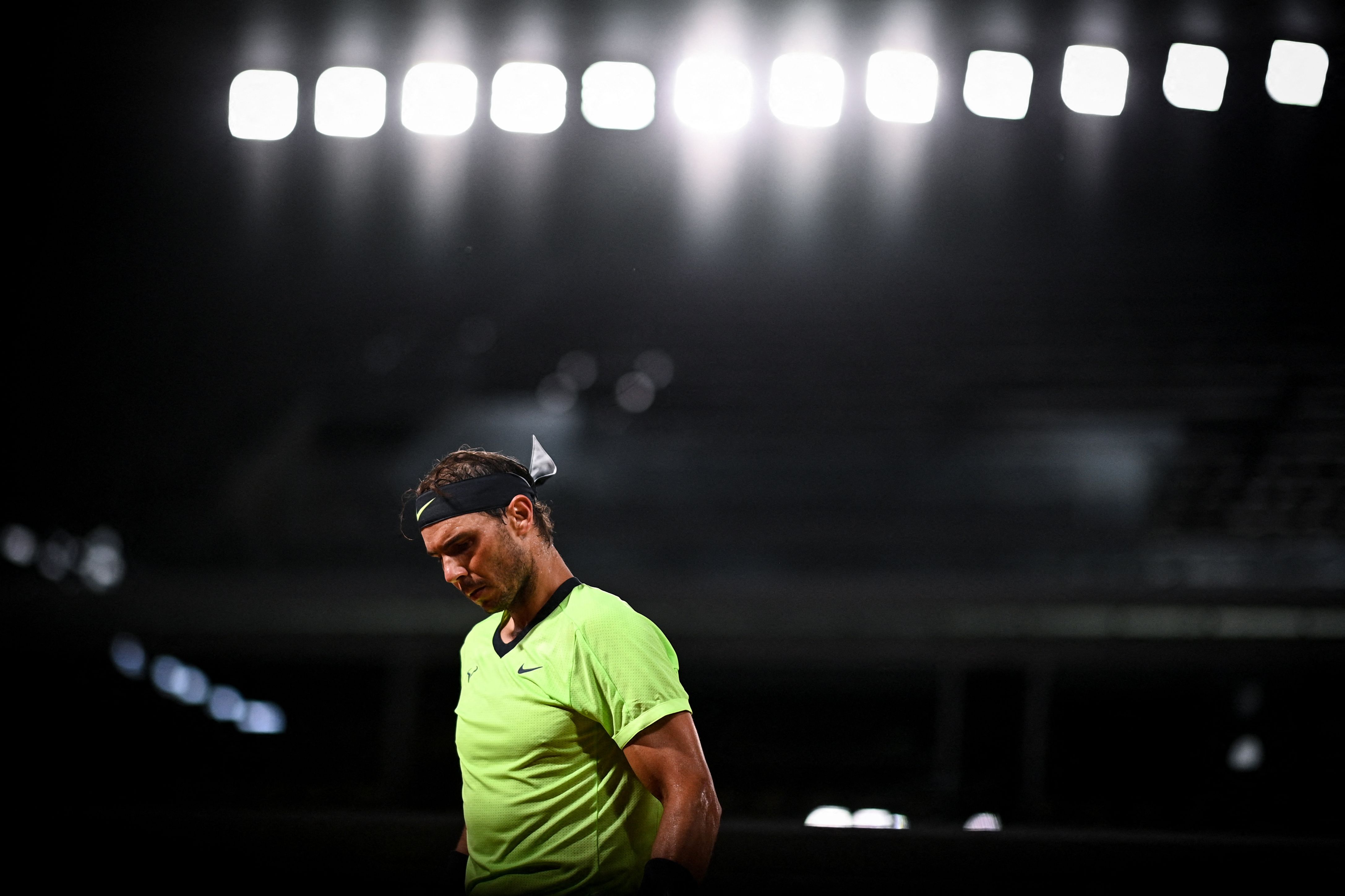 So insultingly superior was Rafael Nadal, that after one of those inverted blows that he usually gives from time to time, a slight laugh of disbelief was heard from the Chatrier rostrum: hands to head, it can’t be. Did you really put it there? And so? It’s Nadal on full blast, plugged in. A lion uncaged after spending all day locked in the hotel, when the date is not just any. The Spaniard, already in the third round by beating Richard Gasquet 6-0, 7-5 and 6-2 (in 2h 14m), celebrates his 35th birthday and, a man of traditions and routines, wants to do well. That is, he wants to win in Paris.

In any case, the situation is completely new: it is night, silence dominates and in the center there is not a single fan in the seats. You can hear everything from the gaseous sound produced by the balls of the balls when they open to the rubbing of the tennis players’ shoes with the sand; the creak of the ball hitting the net, or the squeak of a poorly greased hinge. Any detail.

The sound produced by the impact of Nadal’s string against the ball multiplies and from outside the complex the sounds of the police sirens and ambulances, so typical of Paris, enter with force, whatever time it is. One day not so long ago, the Chatrier was wild country. Screams, decibels, roar. Today, everything is different. A wonderful anesthetized setting.

To the memory of both players comes that day in 1999 in Tarbes, when they were 12 years old and met for the first time in The Little Aces. Then Gasquet won, who would repeat three years later in the challenger from San Juan de Luz and was, it was thought, the great talent of that generation. The prediction was not correct, although both have had a prosperous career; legendary in the case of the Mallorcan, very respectable that of the Frenchman. Now, one debates to be the great among the greats and the second is already back. 17-0 in the face to face.

Gasquet’s one-handed backhand (53rd on the ATP list) is still delicious, but his tennis gives what it does. This time it bothered Nadal in the second set, but nothing more. The Spaniard finished the first in 27 minutes and after emerging from the harassment in the continuation, he closed the third act with authority. Again, the champion of 20 majors offered a good level, solvent in all sections.

His first intervention in the evening session – opened on Monday by Serena Williams, and in which Novak Djokovic and Daniil Medvedev also spoke – was both solid and strange at the same time. The organization rehearses with the prime time slot for the future and the party entered the laboratory. In any case, be it day or night, with 33, 34 or 35, Nadal is the same as always. The story ended happily well and this Saturday he will continue to refine details in the crossing with Briton Cameron Norrie.

Traditionally, Nadal usually receives a cake from the organization every time he has a birthday. However, this time there was no one present due to the hours and the context, being inside the bubble.

“The only gift is that my family has come to see me, because outside I cannot see them. Nor am I very excited to turn 35, I would prefer to continue with 34 … “, he said. “Playing without an audience is ugly and even more so at night, but in the end you play on one of the most impressive courts in the world and in a very important tournament for me. Although there is no public and the conditions are not perfect, it was a very important game and I have taken it that way, “he continued.

These days, the Spaniard spends time in the hotel between readings, watching series or playing Parcheesi with Carlos Moyà and Rafael Maymò. “I like to play daytime more, there is no doubt about that, because the conditions are better for my game and there is some audience. It’s nicer and better for me. Beyond that, I adapt. He has touched me at night and I trust that he will touch me again during the day and be able to play in front of people ”, he wished.

Hours before, Roger Federer had intervened on the same track. The Swiss will be 40 years old on August 8. Does Nadal see himself playing at that age? “I do not know, if I have a good time and my body allows it … I do not have a date for withdrawal, nor do I consider it,” he said; “When I was 25 I would never have imagined being 35 here; I thought he would have been retired for a long time. It is difficult to reach 40, but for now I am happy doing what I do ”.

Check the Results of the day / Friday order of play.