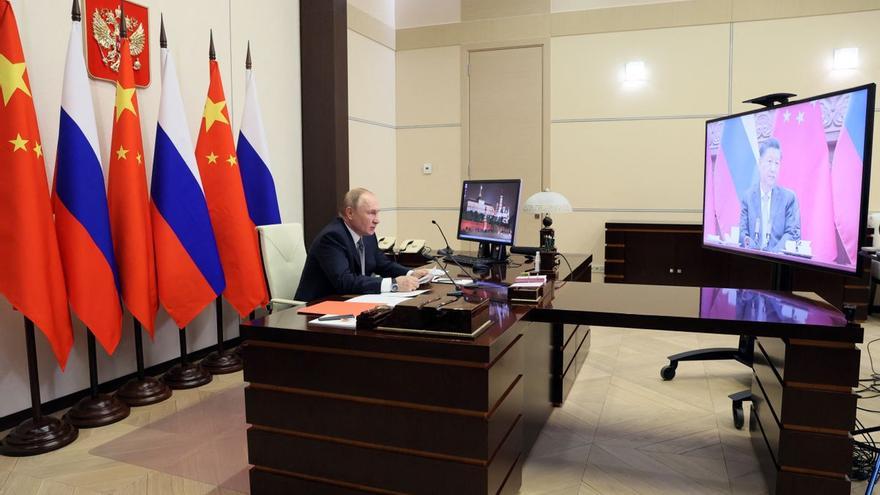 What is Russia? This is the question that Zbigniew Brzezinski asked himself no less than 25 years ago. The meaning of the question is rather, what does Russia want to be when it grows up, in the future? The question is asked in his book “The great world board. American supremacy and its geostrategic imperatives” (Paidós.1997) written after the disintegration of the USSR in 1991. “Russia’s only real option is in Europe. In the transatlantic Europe of the European Union and NATO in expansion, to avoid a dangerous geopolitical isolation”. “But you cannot put limits on the political sovereignty of the new states” in particular Ukraine. This is the answer that he himself gave to the future of Russia after analyzing the geopolitical “black hole” left by the disintegration of the USSR and the collapse of the Warsaw Pact.

The first option for Russia was “global condominium” with the United States, that is, global hegemony as equals. This option was, without a doubt, the one preferred by the President of the Federation at the time, Boris Yeltsin, for whom Russia belonged to the “Western world”; it was no more than an illusion given the economic, social and political differences. The second option for Russia was to organize a large unit with the “near abroad” and the “common economic space”: the former USSR countries as the exclusive sphere of influence. The third strategic option for Russia was to form a Eurasian coalition against the United States, with China and Iran. The first, desired by Russia, although not by the United States, was hardly viable due to the differences in political regime, economic potential, even military. The second with the creation of the CIS (Confederation of Independent States) a bad copy of the EU, and the CSTO (Collective Security Treaty Organization) is a military alliance in Eurasia of post-Soviet states that has now intervened in Kazakhstan, it was found with the misgivings and distrust towards Russia of the former Warsaw Pact countries, and the limitations it imposed on their independence. Starting with the Ukraine, which claimed control of the troops on its territory. The US has already taken care of the third option to maintain mistrust between the three possible partners.

Russia accepted, at the end of the century, the expansion of NATO to the countries of Eastern Europe and the Baltic without achieving the “mature strategic association” Russia-USA, which was experienced as an attempt to isolate Russia, and Russian imperial nationalism was resurrected. That is why in the negotiations these days they are proposing to turn back the clock to the situation of 1997. Vladimir Putin is the exponent of this sentiment, and of that Russian imperial strategy. The high point was the invasion of Ukraine and the annexation – recovery – of the Crimean peninsula “Russia’s only real option is in the expanding Transatlantic Europe of the European Union and NATO, to avoid a dangerous geopolitical isolation”, is what Brzezinski called the “only alternative ” that Russia had. The issue began with participation in the Council of Europe, and should continue with modernization, Europeanization and democratization. The obstacle to moving in that direction is that Russia had to move forward in a democratic system with which it could achieve an association with NATO and the European Union. Russia would have to ask itself if it wants to be a part of Europe, or to become an outlaw, neither truly European nor truly Asian, and bogged down in its “near abroad” conflicts. The faster Russia advances towards Europe, the sooner the “black hole” will be filled with increasingly democratic societies.

The key factor is that Russia cannot be in Europe if Ukraine is not, while Ukraine can be in Europe without Russia. But, “for Ukraine to survive as an independent state…it will have to fully share the ties of Central Europeans with NATO and with the European Union.” While Putin does not want more accessions to NATO, nor to the EU; Europe cannot and must not accept that limits be placed on the sovereignty of the former Soviet states. Belarus or Kazakhstan have repressed democratic demands with the support of Putin; but Ukraine, Georgia, Azerbaijan if they want to join central Europe and the issue will come up again also in Central Asia, the “Eurasian Balkans”. Even Finland or Sweden are rethinking joining NATO in the face of the imperial character that Putin’s Russia is taking.