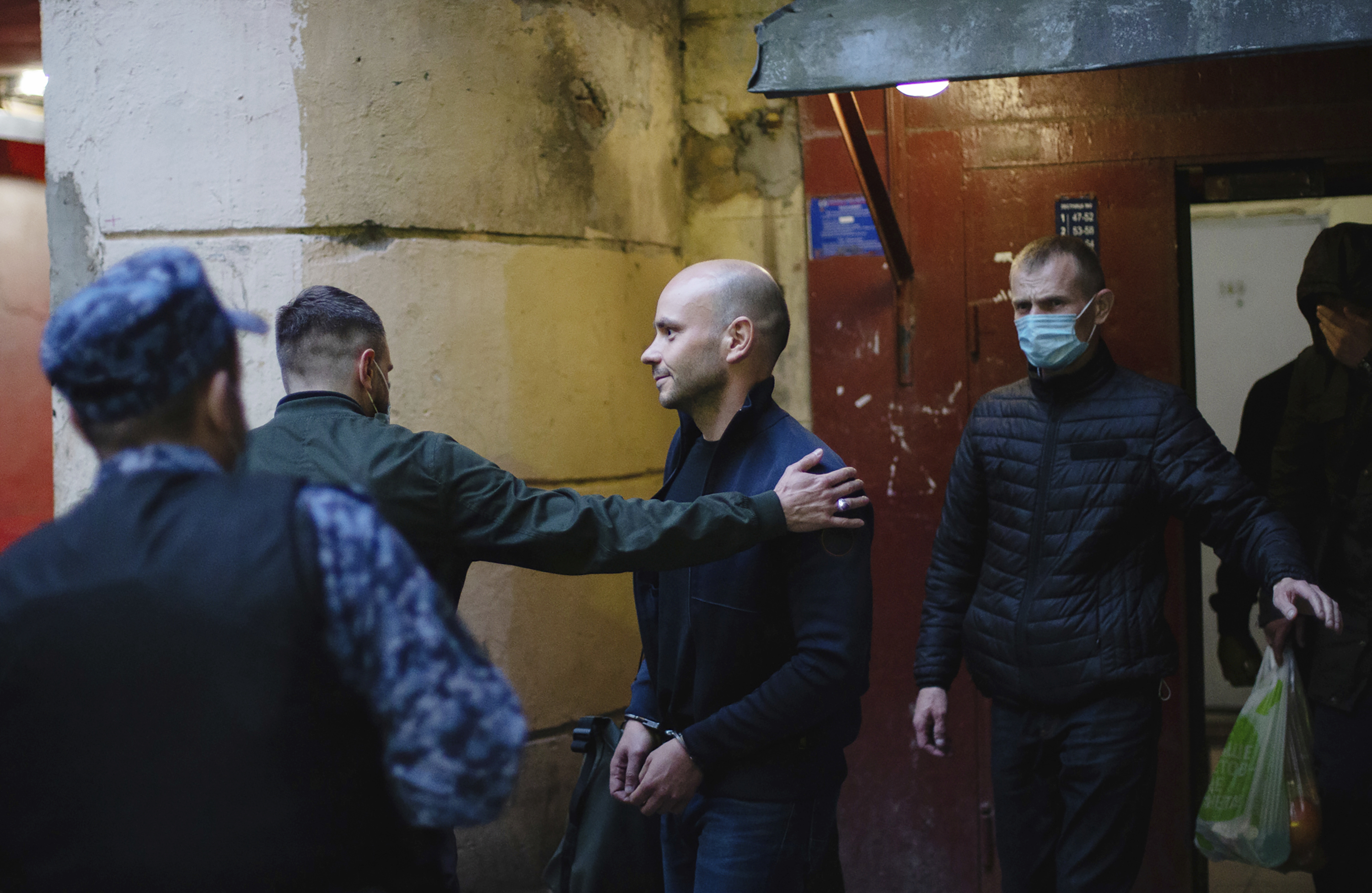 Opposition activist Andrei Pivovárov was already in the seat of a plane Monday night when Russian security forces stormed the aircraft, which was already on the take-off runway at St. Petersburg airport, to arrest him. Already this Tuesday, hours after the arrest, the Russian authorities began a series of searches and searches of the offices and houses of other politicians and activists critical of the Kremlin and arrested in their dacha on the outskirts of Moscow to another opposition politician, Dmitri Gudkov, accused of economic crimes.

With Alexei Navalni, the most prominent critic of President Vladimir Putin in prison, the Kremlin has stepped up its retaliation against the opposition and maneuvers to marginalize dissent ahead of the crucial September parliamentary elections to help clear the way for United Russia, the party supported by power.

Pivovárov, who was preparing to travel to Warsaw on vacation when the police took him off the plane, ran Russia Open, an organization founded by the exiled oligarch Mikhail Khodorkovsky – who after spending ten years in prison, has lived in London since 2015 – and which he has promoted over the years local politics and built networks of civil entities throughout the country. Open Russia was declared an “undesirable organization” four years ago.

Last week, despite the fact that Open Russia has rebuilt itself several times to get around the obstacles and labels, Pivovárov and his team decided to close the organization, fearing that the new legislation that Parliament is preparing would put its employees and volunteers in danger. Among other things, the initiative plans to increase penalties for people associated with these so-called “undesirables” organizations, a way for the Russian government to round up dissent. “Now, unfortunately, any structure related to the opposition is oppressed: it is labeled as undesirable, extremist and foreign agent to suffocate it,” Pivovárov told EL PAÍS hours before his arrest. “The oppression of political organizations is underway. The steamroller went through all the independent organizations, after the human rights organizations and the independent media, ”he lamented. Pivovárov explained that after the “self-liquidation” of Open Russia he intended to work individually and independently.

Pivovárov, who has been transferred to the city of Krasnodar, where a criminal case has been opened, can face up to six years in prison, accused of collaborating with an “undesirable organization” and for various posts on social networks; a crime for which the Government has closed about thirty groups. The EU has demanded Russia’s immediate release.

The politician Dmitri Gudkov, of the Party of Changes, an unregistered political formation and former state deputy of Just Russia (Social Democrat), is accused of non-payment of the rent of a commercial space four years ago, as explained by his father, the also politician opponent and former KGB agent Guennadi Gudkov.

Amnesty International (AI), which has condemned the arrests, has warned against new initiatives by the Russian government to silence dissent. “This is a bold move by the Kremlin within its recipe of using the law on ‘undesirable’ organizations to attack critics,” criticizes Natalia Zviagina, director of AI in Moscow.