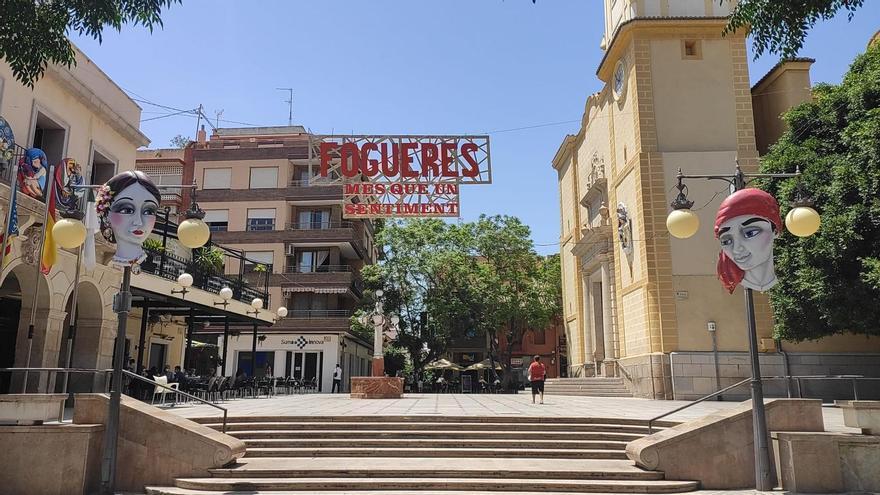 Saint vincent dresses up for a party. The Bonfires of 2021 They once again leave a gap motivated by the restrictions of the pandemic, but the City Council’s wish is for the streets to experience the festive atmosphere. Throughout the afternoon and night of yesterday, the streets have been flooded with different fireworks motifs.

The consistory has used the 12.000 euros of the cost of the official Bonfires to pay for this festive decoration. The fireworks motifs have been installed and built by young fireworks artists and they can be seen in the main squares and streets of the central area of ​​the municipality, as well as in the points where all the bonfires would have been planted this year 2021. Also that of Hernán Cortés, who has been discharged in this exercise.

The councilor explains that “by dressing our streets with fireside motifs we want to honor our festivities, in addition to transmitting to the municipality that, despite the sanitary restrictions and this harsh situation, the Bonfires and Barracks Festivities are still very present and more alive than ever” .

The Councilor for Festivities has indicated that, with this initiative, “we have offered the possibility of giving visibility to the exceptional work done by the young artists of the union”.

Concerts and presentation of the Official Book

On Friday afternoon, when the traditional festival proclamation was held, a Solemn Mass was held in honor of the Virgen del Carmen in the San Vicente Ferrer Parish. And, from next Thursday, July 22 to Sunday, July 25, different commemorative events will be held in honor of the Bonfires and Barracks Festivities.

Different outdoor events are planned for the weekend of Saturday 24th and Sunday 25th of July. Throughout the entire day of July 24, the solidarity offering will start at 10 am in the Plaza de España.

Sunday July 25 will host the creation, for the first time, of a signature book. For this act, which will be held in Parque Juan XXII at 9:00 p.m., all the Belleas and Damas del Foc who have been part of the Bonfires and Barracks throughout the history of the Festival have been summoned.

And finally, as a final farewell, at midnight on Sunday July 25, at the time the Cremà de les Fogueres would have been held, eight fireworks castles will be fired simultaneously at different points throughout the municipality.