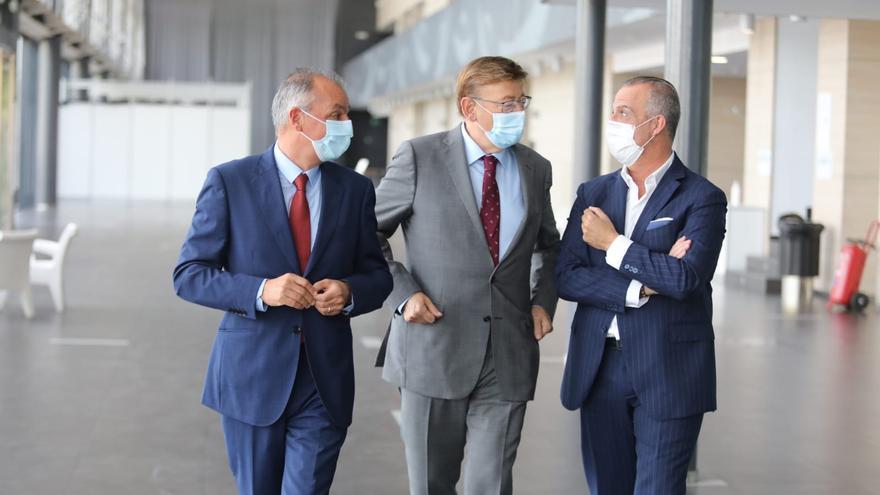 The president of the Business Confederation of the Valencian Community (CEV), Salvador Navarro, will opt for the reelection as president of the CEV in the elections that will take place in the first quarter of next year, coinciding with the organization’s Assembly. This has been transferred to the Executive Committee and the Board of Directors of the organization, meeting today at the Alicante Fair Institution (IFA), and in which the president of the Generalitat, Ximo Puig, has participated. Following this announcement, Perfecto Palacio has also shown its willingness to continue in the presidency of CEV Alicante.

As Navarro has announced, over the next few months he will hold a series of meetings with those associated with the CEV, with the aim of develop a program that collects the concerns of the entire business fabric —sectors, territories, companies and the self-employed— and defines the organization’s lines of action for the next four years.

Salvador Navarro has held the presidency of the autonomous CEV since May 2018. Previously, he presided over the organization, still at the provincial level, since 2011.

During the meeting, the governing bodies of the CEV have shown their rejection of Compromís and Unides Podem’s proposal to impose a tourist tax. The Committee and the Board have agreed that this announcement comes at the worst moment, when the sector has not yet recovered from the serious economic crisis derived from the pandemic, and they have demanded that it be discarded so as not to damage the sector further in the short term. “Instead of putting sticks in the wheels, what we need is a common front that helps accelerate economic recovery and job creation,” said the president of the CEV.

Likewise, the Executive Committee and the Board of Directors have also approved a series of proposals aimed at alleviating the problem of escalating energy bill prices in Spain. The document, prepared by the CEV’s Energy Commission, points out the “devastating effects” that this entails for companies that “see how their margins are reduced daily as a result of the increase in price of essential elements for their production such as electricity, gas or raw materials, which leads to deepening the loss of competitiveness and puts the survival of the business fabric at risk, with the consequent possibility of company flight, shrinkage of industrial GDP and loss of jobs “.

In this sense, and with the aim of making visible and mitigating the problem of increases in energy costs, the CEV proposes ten measures that are specified in: reduction of the natural gas bill; elimination of the special hydrocarbon tax; measures to avoid speculation in the CO2 market; reconsideration of the marginalist price system of the electricity pool by a weighted system; promote renewable gases; promotion of investment in renewable energy in the Valencian Community; stimulate self-consumption; favor energy efficiency measures; avoid interventionist measures in liberalized markets; and setting regulated prices in the domestic market.

On the other hand, the highest governing bodies of the Confederation have positively valued the appearance of the Minister of Finance, María Jesús Montero, in the Congress of Deputies regarding regional financing. “We value very positively that the minister makes a reference to the situation of the historical debt of this Community. The solution must come from the government and the opposition. We are working from the first moment to change the financing model and to recognize that debt ”, Salvador Navarro has shown.

Finally, the incorporation into the CEV of four new associated companies has been approved: the Community of Owners of the Bonaire Commercial and Leisure Park Real Estate Complex; ESK, SA; ArcelorMittal España, SA and Noatum.

For his part, the president of the Generalitat, Ximo Puig, thanked the businessmen for their work and support in these times of pandemic, and has advanced that the Valencian Community is currently in a situation of moderate optimism thanks to the progress of vaccination and the relaxation of restrictive measures, which will allow the Economic recovery.