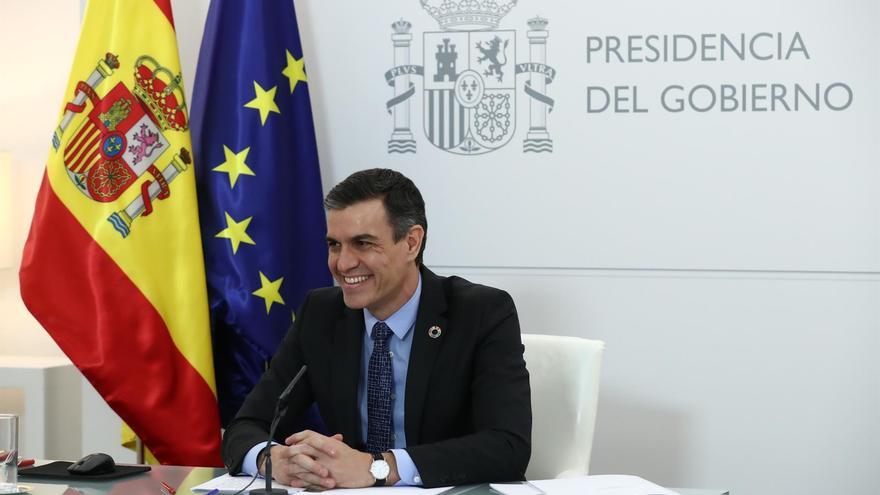 The President of the Government, Pedro Sánchez, has bet this Tuesday on strengthen multilateralism and do so within the framework of cooperation, reinforcing the multilateral system and placing the United Nations at the center of action.

Sánchez has participated in a virtual meeting of the network of leaders for a strengthened multilateralism, an initiative that the Spanish president is promoting together with the Prime Minister of Sweden, Stefan Löfven. The objective is to exchange opinions with the Secretary General of the UN, António Guterres, on the priorities of the organization for the coming months and explore ways of collaboration of this platform of leaders to carry them out, especially with a view to reaching the 76th United Nations General Assembly, which will take place in September 2021, with concrete results.

During his speech, the head of the Spanish Executive has opted to act “urgently” in the areas signed in the declaration “Together for a reinforced multilateralism” signed by Spain and 10 other countries on concrete proposals for rStrengthen multilateralism in the wake of the Covid-19 pandemic and try not to backtrack on the Sustainable Development Goals (SDGs).

“The fundamental lesson that Covid-19 has taught us,” the president explained, “has been the need to strengthen our capacity to respond to pandemics at the international level.” In this line, Sánchez has insisted that spending on strengthening the global health system should not be considered a cost, but rather as an investment, that guarantees equitable access to vaccines.

Sánchez has pointed to the need to effectively address the profound socioeconomic impact of the pandemic and reverse rising inequality, especially in developing countries affected by the Covid-19 crisis.

Specifically, it has underlined the importance of offering financing for the post-Covid recovery through the allocation of new “special drawing rights” from the International Monetary Fund (IMF) to help alleviate liquidity problems to countries that need it most. .

Finally, the president has referred to the fight against climate change, one of the priority axes of government action, and has urged increase national emission reduction commitments and to direct the economic recovery plans after Covid19 towards the ecological transition.

The meeting follows on from the one held on November 10 in El Pardo at the initiative of Sánchez on the occasion of the 75th anniversary of the creation of the United Nations. The Prime Minister has brought together a group of world leaders under the slogan ‘Together for a strengthened multilateralism’ and that they signed a joint declaration with a series of initiatives and actions.

The objective of this alliance, and of the meeting, according to government sources, is none other than to exchange ideas on how to promote the measures and actions proposed by the UN Secretary General, António Guterres, who has been one of the participants.

From the Government they have explained that there are currently no plans to expand the group of countries that support this initiative, since they consider that there is a good balance from the regional point of view and the size of the countries. In any case, the door to jointly study the rest of the members is not closed if there were other countries interested in joining.

The agenda planned for this occasion provided for the health management of the pandemic; the economic and social consequences it has had, particularly for developing countries; climate change, with its sights set on the Glasglow conference next November; and ways to strengthen multilateral institutions.