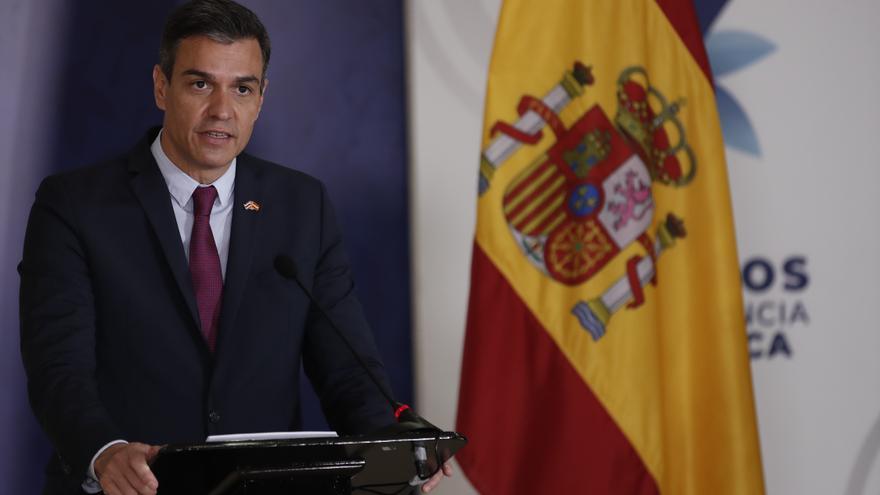 The Gran Teatro del Liceu will be the setting for this event in which Sánchez will deliver a conference entitled ‘Reunion: a future project for Spain’ and in which he will influence his commitment to coexistence and dialogue.

It will do so before institutional representatives of Catalonia and sectors such as political, business, trade union, cultural, university, sports, the media and civil associations.

The call for this event confirmed the immediacy of the decision on the nine pardons to pro-independence leaders, which, in any case, will be approved before Sánchez will appear before the plenary session of Congress on June 30.

The head of the Executive has requested that appearance to report on the latest European summits “and the political and economic situation” of the country, which will include, according to socialist sources, his explanations on the pardons.

Sánchez could announce in Barcelona that they will be approved this Tuesday at the meeting of the Council of Ministers, since the Government points out as the most feasible option.

Executive sources have informed EFE that “the work is practically finished” for each and every one of the pardon files after they were completed last week by the first vice president, Carmen Calvo, and the Minister of Justice, Juan Carlos Campo placeholder image, who has carried the weight of this work.

If the Government wanted to give itself a few more days, it could wait a week, until the 29th, the eve of Sánchez’s appearance in Congress.

This Sunday, the Minister of Transport and Secretary of Organization of the PSOE, José Luis Ábalos, defended the pardons, stressing that they have to be approved “by Spain, by Catalonia”, and accusing the right of disregarding the principle of legality.

The approval will come after you have received significant support in the last week.

It was explicitly expressed by the highest representatives of the Catalan business lobby of the Cercle d’Economía, also endorsed it, although with subsequent qualifications the president of the CEOE, Antonio Garamendi, and the bishops of the ten dioceses of Catalonia joined this trend in favor.

Criticism of the PP and warnings of the independence movement

Some positions that led to the leader of the PP, Pablo Casado, to remember what it is to parliamentarians who are responsible for addressing issues as the configuration of the State and not to the Episcopal Conference, the employers or the unions, and to lament attitudes “complicit” with the pardons.

From very different positions, Aragonés and the former president of the Generalitat Carles Puigdemont, meeting in Belgium, warned that pardons are not “the solution to the political conflict” Catalan and insisted on claiming amnesty and self-determination.

One of those who will be benefited by the measure of grace, the leader of ERC, Oriol Junqueras, said this Sunday that the pardons are a triumph for the independence movement because they demonstrate the weaknesses of the State apparatuses before Europe since, with them, “the State tries to protect itself” against future verdicts of European justice.