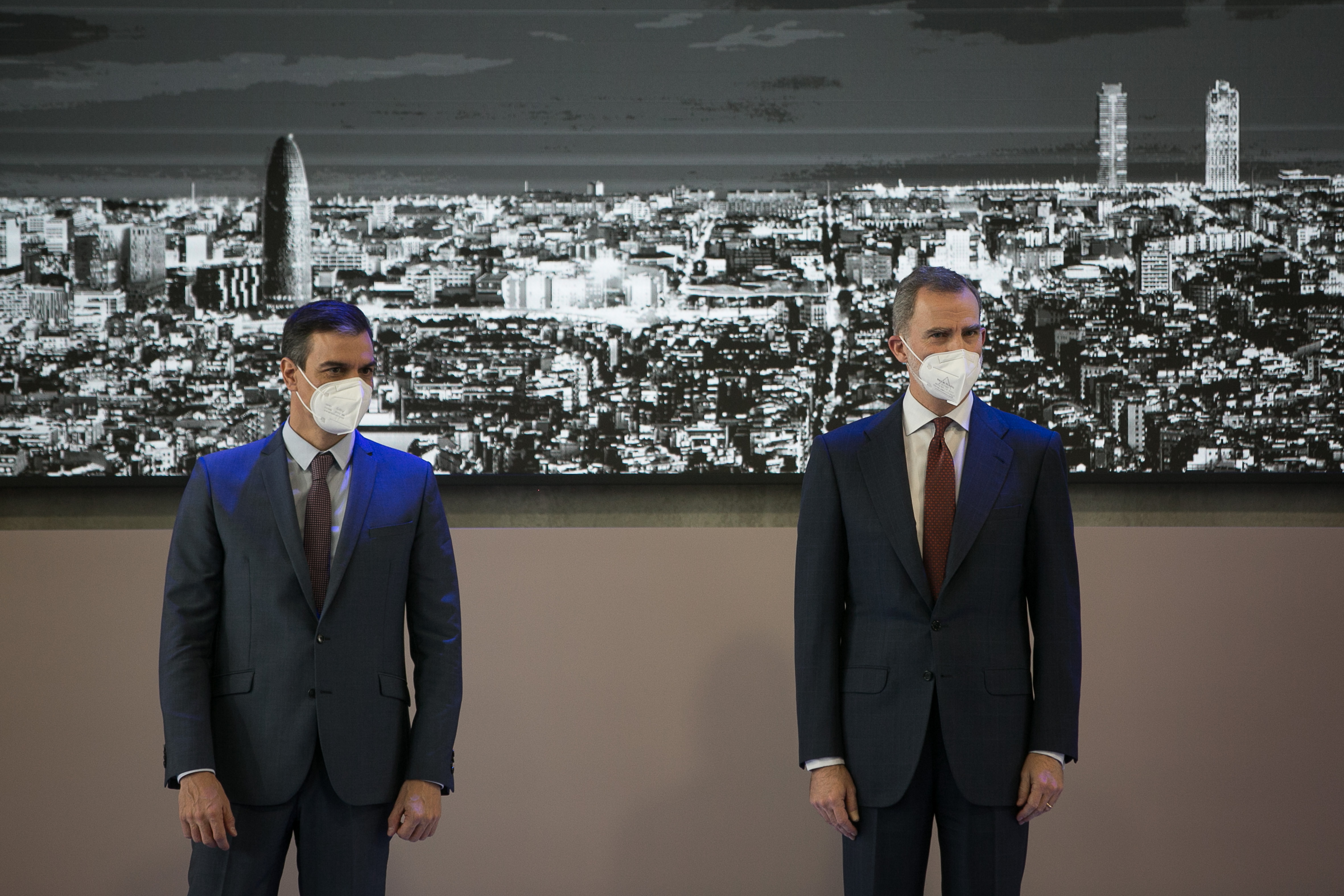 After the worst of the coronavirus pandemic, Catalonia is once again at the center of Spanish politics. The Government of Pedro Sánchez wants to achieve in the second half of the legislature a thaw in the political conflict caused by the order of unilateral independence. In addition to the imminent pardons that will benefit the separatist leaders condemned by the Supreme Court in 2019 and the reactivation of the dialogue table between the central Executive and the Generalitat, there is an intense schedule of visits to the autonomous community by the President of the Government and various ministers.

The Government is lavishing this 2021 on trips to Catalonia. Sánchez will be in Barcelona this Monday to pay tribute to Javier Godó, editor of the newspaper La Vanguardia and owner of the radio station Rac1. Godó will receive the medal of honor from Foment del Treball. Godó had already received in 2016 from this employer the medal for business career, that time from the hands of the King, Felipe VI.

Sánchez will return to Barcelona at least once more in the coming days: on June 18 he will close the annual conferences of the business and intellectual association Cercle d’Economia. At the end of the month, representatives of the Executive will be present at the inauguration of the Mobile World Congress technology show, and it is possible that the ministerial delegation will be headed by the president, as it was in 2019.

This agenda shows the importance for La Moncloa of maintaining good relations with Barcelona’s civil society at a time when dialogue with the Generalitat has resumed. Sánchez will coincide for the first time this Monday at the headquarters of the Catalan employers’ association, with the new president of the Generalitat, Pere Aragonès. Both were urged last week to hold a first bilateral meeting this June.

Sánchez and Aragonès already held a telephone interview in which they agreed on the need to reactivate the dialogue table on the political conflict in Catalonia this summer. Ministers of the PSOE and United We Can, partners of the Government coalition, expressed their satisfaction last May that Aragonès had finally been invested as president of the Generalitat. After two years of difficult relations with the presidency of the Generalitat of Quim Torra and Junts per Catalunya, the central Executive looks favorably on the new leadership of Esquerra Republicana (ERC) in the Generalitat. Sánchez not only sees ERC as a key partner in Congress that he should be happy with, he also considers him a more receptive interlocutor than Junts.

This Monday will be Sánchez’s eighth visit in 2021 to Catalonia. During the campaign for the regional elections last February, he was on five occasions sheltering his former Minister of Health and candidate of the Partit dels Socialistes de Catalunya (PSC), Salvador Illa. The good results of the PSC, it was the most voted list, contrast with the socialist electoral decline in Madrid and would justify even more in terms of party the bet of the PSOE in Catalonia. The Socialists have also offered a double discourse: while from Madrid the Aragonès presidency was received with satisfaction, the PSC maintains a very critical discourse with ERC, whom it accuses of fracturing Catalan society with its project of focusing the action of the Generalitat in achieving separation from Spain.

While the PSC parliamentary group insists that the new coalition of power between ERC and Junts has its days numbered due to the bad relationship between the partners, the party leaders in Madrid offer a more conciliatory speech. Miquel Iceta, first secretary of the PSC and minister of Territorial Policy and Public Function, starred during the act of inauguration of Aragonès images of reunion with some of the independence leaders in prison. The president of the Congress, the socialist Meritxell Batet, visited the Sant Josep agricultural fair in Mollerussa (Lleida) on Sunday, where she was in good agreement with Marc Solsona, mayor of a Consistory controlled by the PDeCAT independentists.

Also Read  36% of the employed can telework, but only 0.3% of the offers contemplate it

The heavyweights of the PSOE and the PSC return to tread the Catalan regions without the tension of the years of the unilateral process of independence. Sánchez himself was accused in October 2019 when he went to the Sant Pau Hospital in Barcelona to visit an injured National Police during the altercations after the Supreme Court ruling in the trial for unilateral independence and the illegal referendum of 2017.

A year and a half later, last March, the President of the Government was able to visit the facilities of the pharmaceutical company Hipra, which is developing a vaccine against covid-19. The headquarters of this company is located in the hometown of the former president of the Generalitat and MEP Carles Puigdemont, who lives in Belgium to avoid being tried by the Spanish courts.

Three visits from the King in two weeks

The landing of the Government in Catalonia will be accompanied by a greater presence of the King in the autonomous community. Felipe VI will visit the Catalan capital on the occasion of the annual Cercle d’Economia days, between June 16 and 18; It will lead the opening of the Mobile World Congress fair, on June 28, and the delivery of the Princess of Girona Awards, on July 1. The previous act of delivery of these awards, in 2019 in Barcelona, ​​was sabotaged by pro-independence protests that cheered the parties in the Government, ERC and Junts. The head of state was already in Catalonia last March with Pedro Sánchez on the 70th anniversary of the Seat car brand.