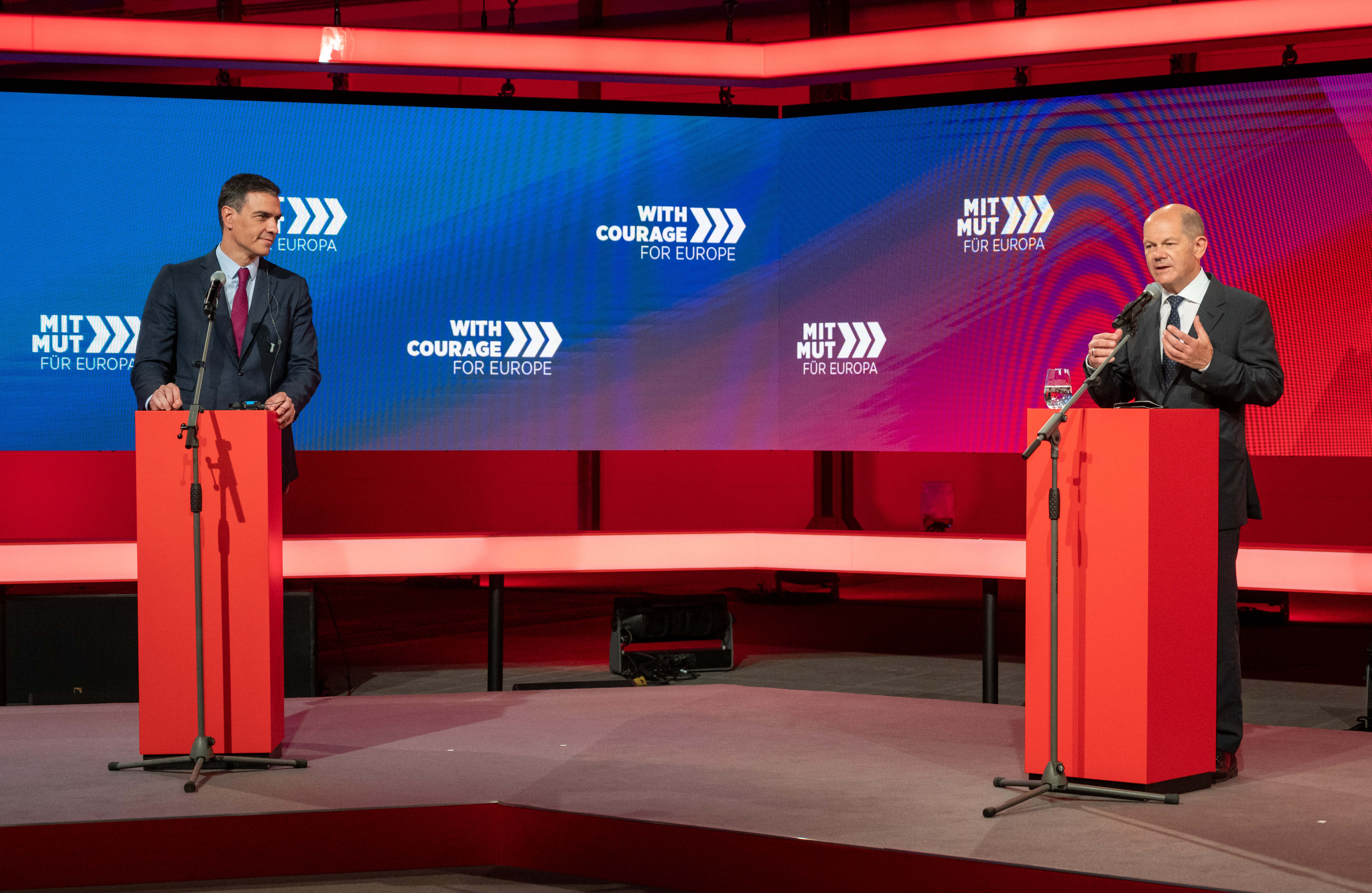 Pedro Sánchez accelerates his international and especially European agenda after the Christmas break. The Spanish president will receive on Monday at La Moncloa Olaf Scholz, the German Chancellor and the new great star of the European Social Democracy. Scholz, who since taking office in December had traveled to Paris, as is the tradition of the German chancellors on their first outing abroad, and to Rome, to meet Mario Draghi, another new star among European leaders, thus visits Spain with a clear gesture of social democratic unity with Sánchez. Both will offer a joint press conference in La Moncloa after their bilateral appointment, something that lately Sánchez avoids very frequently when foreign leaders visit him.

But the meeting with Scholz is special. For La Moncloa it is important to visualize that social democracy is strong in Europe and dominates two of the four great countries (Germany and Spain) while France and Italy are governed by centrists and the European People’s Party, to which Pablo Casado’s group belongs. It does not have any of the major governments, something unprecedented in recent years and which is a direct consequence of the departure of Angela Merkel and the defeat of her party, the CDU, against Scholz’s SPD.

The rise of the German Social Democrat opens the door for Sánchez to new alliances, although it also takes away from him the role of great leader in this sector that he had for several years, when Spain was the only great country dominated by this ideological trend in the European Union. In the last year, the social democratic victories have multiplied and the most important world change has occurred in the United States with the rise of Joe Biden against Donald Trump. Sánchez had already met with Scholz in Italy, in the framework of the G-20, when both met in a meeting of the PD, the Italian Social Democrats, who also aspire to return to power when the so-called technical government of Draghi, a financier, ends. with great prestige and ex-governor of the ECB who, however, has not been elected at the polls.

Draghi has become a great reference among European leaders, but Sánchez also seeks his space and Scholz’s visit can reinforce that image of the Spanish president as the leader of a country that complies with Brussels and is the first to receive European funds because promised reforms have been approved on time.

This week Sánchez will multiply his European contacts and has planned a call with the French President, Emmanuel Macron, and another with the British Prime Minister, Boris Johnson. Sánchez and Macron have always maintained a fluid relationship and have approached positions on many occasions, especially in the complex negotiation of the great European recovery fund in July 2020. Then Sánchez allied himself with Giuseppe Conte, Italian Prime Minister, and both joined to Macron to put pressure on the so-called frugal countries.

More complex is the relationship with Johnson, far removed from Sánchez’s political positions, and now in low hours due to the scandals of the parties at the residence of the prime minister in full confinement. Spanish and English are scheduled to speak on Friday, while the conversation with Macron will be this Thursday. Sánchez, Macron, Scholz and Johnson, despite the differences, now have a common problem: how to deal with the omicron variant and how to start thinking about the way out of the crisis and the conversion of the pandemic into an endemic that allows a return to a some normality and recover the European economy. Each of them has opted for different strategies, but the situation is increasingly similar between different European countries, where according to the WHO 50% of citizens will be infected with omicron this year.