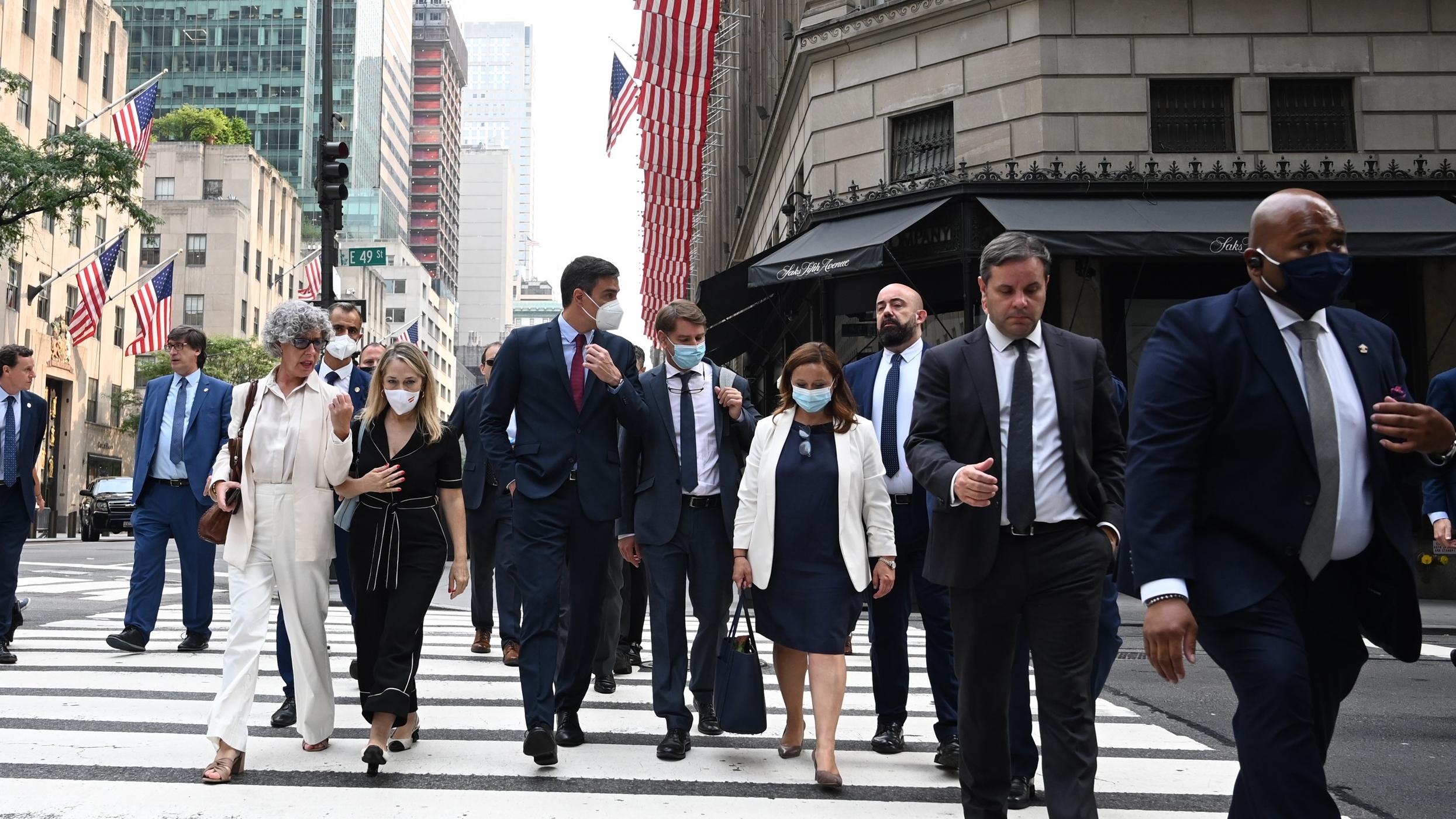 Pedro Sánchez will try to put all the possible pressure on the PP to renew the General Council of the Judiciary (CGPJ) and other constitutional bodies as soon as possible, but he does not plan in any case to take the leap of recovering the law to change the majority of three fifths required to renew it and thus be able to do it without the PP. This is the drastic solution that United We can propose to the blockade of Pablo Casado’s party, but Sánchez definitively ruled it out in an informal conversation with journalists during his three-day trip to the United States.

Sánchez and Pablo Iglesias promoted this rule in the fall of 2020 after the negotiations between the president and Casado failed in August of that year. Sánchez’s team was completely determined to carry it out, they presented it in Congress and already had the votes to approve it. However, pressure from the judicial world and, above all, from the European Commission, which flatly rejected the reform, made Sánchez change his mind and park the law, which is still frozen in the lower house. United We can press to recover it, but the president has ruled it out completely.

Sánchez does not seem willing to call Casado directly to try to resolve the situation as long as the PP does not offer signs that it is willing to agree to the renewal. As the president explained, it is a question that the parliamentary groups and especially the PP have to resolve, which is the one that resists. The Minister of the Presidency, Félix Bolaños, plans to contact all the groups this week, including the popular ones, with renewal as a fundamental topic on the agenda. In fact, this Thursday, the minister had a 15-minute conversation with the popular spokesperson in Congress, Cuca Gamarra, reports Elsa García de Blas. In that meeting, which popular sources have described as “cordial”, both have summoned a face-to-face meeting when the new session begins, in September.

The president, who is in the United States on a trip of markedly economic content, is satisfied with the long two-hour meeting with representatives of the large investment funds and banks in this country, who subjected him to a kind of examination with questions about all the reforms that the Government has planned, especially labor and housing.

Sánchez is especially concerned about the price of electricity, which has skyrocketed and continues to grow despite the Spanish government’s decision to lower VAT from 21% to 10%. The Spanish government is visibly upset with the electricity companies that continue to raise the price despite this tax cut, but it does not seem to have a short-term solution. The president admitted that there are very tough weeks left with tension in the market. Spain is also lobbying the European Commission, the Council and the European Parliament to find a solution, but Sánchez admitted in an interview with Reuters that he does not see much receptivity.

The president does not seem particularly concerned about the negative polls that have been published in recent weeks and makes the data very relative, especially since, as he explains, there are two and a half years ahead of the elections and in all that time many polls will be published changing. In the interview with Reuters, Sánchez trusted that citizens would end up rewarding his management. “I define myself as a politician who complies. I like the facts, the opposition just screams. This is the biggest difference between the opposition and the current government. We comply, we approve the laws, reforms, investments. And I believe that the Spanish will evaluate positively what we did in these difficult years for our history and for the history of humanity ”, he declared. In this context, he believes that the change of government will be an impulse and he justifies it in that after the harsh pandemic some ministers were very politically worn out.

Sánchez is turning the government and political agenda completely around, now focused on the economy and recovery. After the change of the Executive medium, the president prepares for next week an appearance that will mark the end of the political season with a new accountability document like the one he presented for the first time six months ago. It will be on Thursday 29, in a special appearance for this matter and not after the Council of Ministers, which will be on Tuesday as usual. On Friday there will be a conference of presidents to discuss the European recovery fund and on the 2nd the bilateral Government-Generalitat will meet with key issues on the table. One of them, the possible withdrawal of an appeal of unconstitutionality against the Catalan housing law, was the subject of the meeting with the investors, who asked him about it.

The funds are very much against this law and any reform that implies limiting the price of rents. Sánchez left the decision open, but is trying to convince the funds that, as he said at the inauguration of the new Spanish commercial office in New York, on the 47th floor of the Chrysler Building, “Spain is the best country in the world for to invest”. Investors, as explained by the president, asked him about everything except for Catalonia, a matter from which Sánchez now wants to flee as far as possible so that he does not monopolize the agenda.