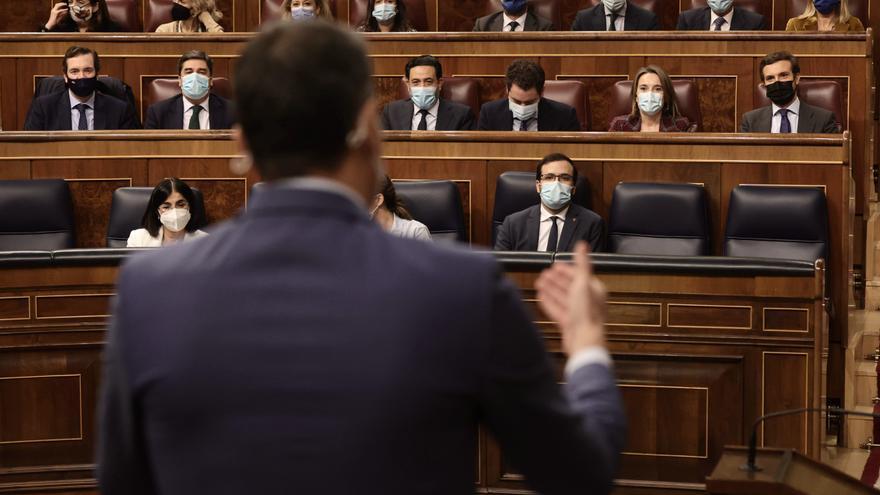 The first democratic coalition government faces the first international conflict in which the Spanish military could participate. The possibility of a military intervention against Russia to protect the territorial integrity of Ukraine has dusted off a “no to war” in some members of United We Can that the socialist party does not understand: that slogan against the war in iraq (an invasion that did not have the green light from the UN or the support of NATO) is very different from the current situation, in which Moscow wants to reduce the ability of a capital like Kiev to make its own decisions. In this case, whether or not to join the Atlantic Alliance.

Spain has offered to deploy its fighters in Bulgaria to dissuade Russia from invading Ukraine and has brought forward to next week the planned shipment of the Navy’s ‘Blas de Lezo’ frigate to the NATO mission in the Black Sea just when the tension with Moscow is escalating at times. All these movements are framed in security missions already approved by Congress of the Deputies. However, if in the coming days the Russian president, Vladimir Putin, takes some action that the Atlantic Alliance deplores and considers that a military response should be given, the Government of Pedro Sanchez it will have to go to the lower house to obtain the authorization of the deputies if it compromises some type of Spanish support.

This is stated in the organic law of national defense of 2005 in its article 17, according to parliamentary sources. “To order operations abroad that are not directly related to the defense of Spain or the national interest, the Government will carry out a prior consultation and will obtain the authorization of Congress”, reads its first point. In the following two, support is also given to situations that require a “rapid response” or even “maximum urgency”. In these cases, it allows speeding up all the procedures and even, if it is not possible to carry out “prior consultation”, it gives the option to do it a posteriori.

Differences between the coalition partners eased somewhat on Monday. The Ministers of Defense and Foreign Affairs, Margarita Robles and José Manuel Albares, respectively, abounded in the need for “diplomacy” to triumph and no NATO intervention is necessary to defend the “territorial integrity” of Ukraine. “We are an ally committed to peace. We participate in permanent missions of stability and dissuasion whose essential objective is to promote peace,” declared Robles. Albares spoke of the “four Ds”: relaxation, de-escalation, dissuasion, diplomacy. The purples wanted to see a change in the language of their partners , after a few days in which the Foreign Minister also elaborated on the idea that Spain is a “reliable” NATO partner and that the US can count on it if necessary.

The appearance of Albares

The leader of the PP, Paul Married, supports any participation of Spain in the framework of NATO that is necessary in this crisis, although he regrets that Pedro Sánchez has not called him to inform him of this conflict. The popular ones will be able to listen to Albares’s explanations this Tuesday afternoon in Congress, since the head of diplomacy has asked to appear at his own request. The PP and also ERC, EH Bildu, JxCAT, CUP and BNG have requested that the Defense Minister also attend Parliament.

The Executive does not consider evacuating diplomatic personnel and Spanish citizens residing in Ukraine, something that the US has done. Albares explained that the Spanish community in that country is made up of some 500 compatriots who are informed “on time” of developments in security matters.