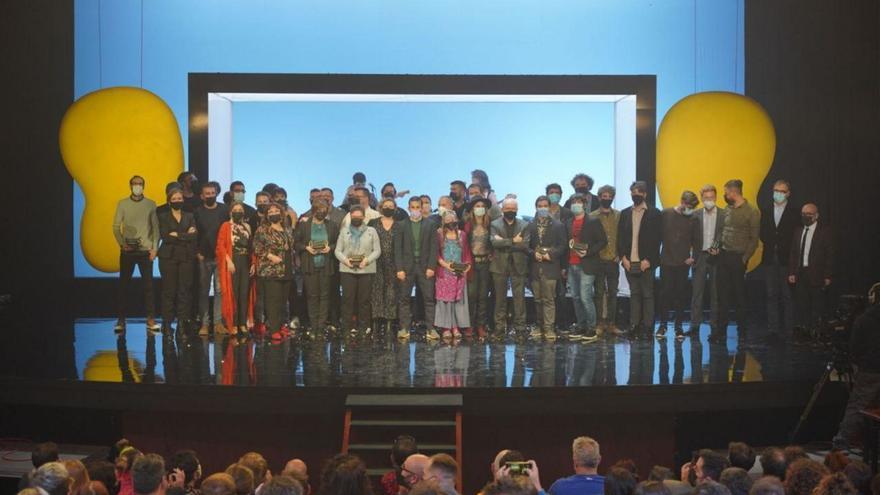 The young artist, who this year released her debut album, Niño Reptil Ángel (Hidden Track, 21), did double by winning the award for the revelation artist and also the award for best album of the year.

Sandra Monfort (Pedreguer, 1992) moves between avant-garde sounds and roots music, folk and electronic flashes. He is part of the Marala trio with Clara Fiol and Selma Bruna, in addition to collaborating with other artists, such as Sol Picó or Zoo. The public will also have the opportunity to see her live in Alicante on December 4 at the Palacio del Portalet, within the musical cycle Atiende Off.

The awards established in 2018 by Cultura de la Generalitat through the Institut Valencià de Cultura also awarded the musician Luis Prado (Alicante, 1972) for his album El Tsunami emotional (Hall of Fame Records) in the category of best pop album. Produced by José Nortes, the also leader of the Señor Mostaza group plays practically all the instruments on his second solo album.

In the chapter on repertoire music, Jordi Sanz from Alcoy has won the award for the best musical heritage recovery album by Félix de Santos. Concert works, while the Marcel el Marcià group, with Carles Llinares from Alcoy, has received the award for best family music album with Secrets d’una caixa dins d’un calaix.

The awards ceremony took place in a dynamic and rhythmic gala in which music was the common thread, with emblematic songs of Valencian music of all times that were performed by current voices, such as Neus Ferri, the aforementioned Sandra Monfort , Elma Sambeat, May Ibáñez and Viktorija Pilatovic, and with special arrangements for the occasion by Marina Alcantud.

As announced a few days ago, the award of honor went to Sedajazz, the group of musicians that this year turns 30 and is led by Francisco Ángel Blanco Latino. With different formats, the group offers the possibility of multiple sounds and very diverse shows that have made Sedajazz one of the best and most complete groups of jazz musicians on the European scene.

Another of the winners of the night was Zoo, a group that won the maximum number of awards in the three categories to which their album Llepolies aspired: best urban music album, best video for Llepolies and best tour.

The best rock album went to Santero y los Muchachos for their album Cantina, while the best jazz album went to Sedajazz Big Band and Valmuz for the Sinergia album, and the fusion and mestizaje album was received by Besarabia for Animal Republic.

Spanish Brass won the award for the best contemporary classical album for Spanish Brass (a) live and the best album design was won by Jorge Lawerta for the design of the album Balboa Lovers by The Dancing Pepa.