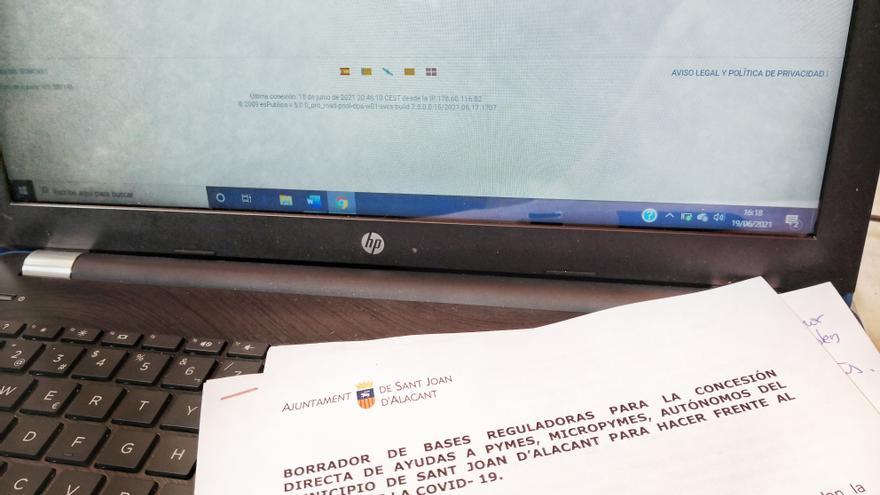 The Department of Economic Development of Sant Joan d’Alacant the payment of the aid of the first phase of the Resist Plan with the delivery of 164.000 euros. They are going to benefit 70 freelancers and local micro-SMEs, although the call was presented 112 requests. Finally, it is delivered to those who have met the requirements of the call, as indicated by the City Council.

The initial financial contribution destined to endow the Resist Plan was of 842.000 euros of which there will be an remanent of 678,200, ’20 euros after the delivery of this first phase of aid. This surplus will be used in its entirety to provide financially for the second phase of this plan, the bases of which are on public display until June 29.

Once the bases are firm, all those self-employed and micro-SMEs whose CNAE code does not coincide with those that appeared in the annex of the first call may submit an application. The mayor of Economic Development, Manel Giner, explains the intention. “In order to make the aid available to the largest type of business, we have transformed Annex I of the first bases where the CNAE and IAE codes appeared that indicate those activities that could concur to aid, and we have given it the turn making it exclusive in these second bases that are on public display. In this way, any company or self-employed that meets the rest of the requirements will have had the opportunity to attend this plan without exception. It was a possibility that the Department opened to the municipalities and although not all have applied it, in Sant Joan it has not hesitated to put it at the service of our freelancers and companies “indicates the socialist councilor.

At the same time, the bases that will cover the direct aid (300,000 euros), aid to commercial digitization (29,964 euros) and the program Consumer Bonds (300,000 euros) all of them in their second edition. To deal with this aid plan there is an amount of 500,000 euros financed by the Treasury Remainder Y 129.964 ’69 euros from the line of grant issued by the Deputation Provincial.

The Local Development Agency #IDEAS has developed this work. A human team made up of two techniques for Local and Commercial development, “fully focused on daily care for citizens, companies, freelancers and entrepreneurs, as well as maintaining the job market. PORTALEMP, to training and employment initiatives, and to grant management. “To this team must be added a TAG (General Administration Technician), alma mater of all these programs and the councilor himself.

“Four people who carry out a tough work program, aware that they are the first line of help for an important part of the citizenry, as well as a main route of aid aimed at sustaining the economic activity of the municipality and, therefore, of those families that are behind each one of them, “he explains.

The councilor points out that the intention is to remove all these programs sequentially to end the year with a Consumer Bonds campaign, extended in duration and with modifications and improvements with respect to the previous campaign that allow improving its scope, amplifying the consumption boom in the final months of the year.