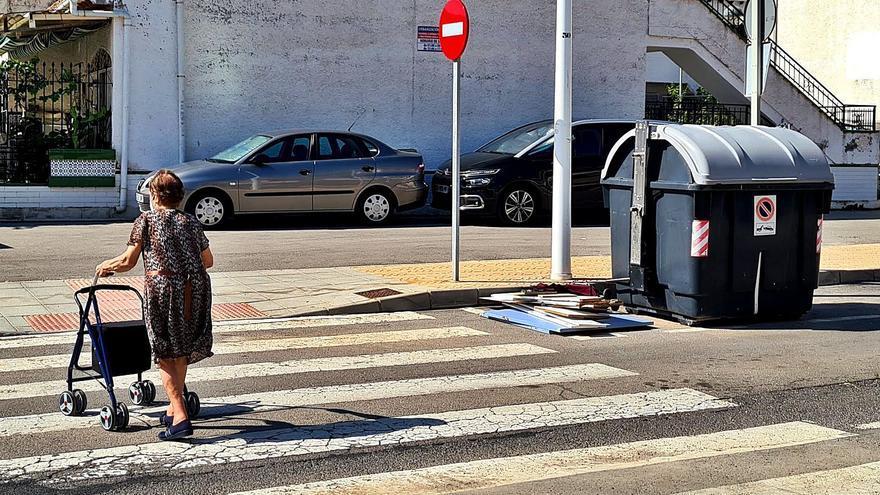 Santa Pola It has been almost three years without removing the contracts for garbage collection and street cleaning. Since November 2018, the fishing village has not had a contract in force with the company (Urbaser) after all possible extensions were exhausted. Since then, the company has been paid more than 6 million euros outside the contract. Despite the fact that the contract is not in force, it was agreed with the company to continue providing the garbage collection service, street cleaning and beaches until the next service is tendered, all to maintain schedules and staff, according to sources from the company itself. company and the Consistory.

What is clear is that the contract that was in force until the end of 2018, after a forced extension expired, dated from 2006 and the reality in Santa Pola has changed in 15 years, so it is urgent for many residents to expand certain services.

It must be assumed that in these three decades, some 4,300 more residents have been registered, which represents an increase in the population of 13%, which also indicates that there are more areas of expansion, such as Gran Alacant, than during the In recent years they have demanded investments for the neighborhood in terms of street cleaning. Not counting that in summer the tourist influx shoots up and the population is even quadrupled.

Regarding the progress on the future service, the Councilor for Recruitment, José Pedro Martínez, He insists that the specifications are in place and that only the mandatory reports are missing, without it having been revealed what improvements will finally be contemplated to refloat the service. From the council they put September on the horizon as the date to fully approve the project and that it can go out to tender.

However, from the opposition they reproach that a month ago the local executive summoned them to show them the file without this meeting having yet materialized.

From the PSOE they criticize the delays to carry out the contract. «The City Council has paid 14,000 euros plus VAT to a company to make the statement more than a year ago. A draft was delivered that the government team has to review in its entirety and modify, “he reproaches. Lorenzo Andreu, spokesman for the Socialists.

Cs reproaches that there is no information about the project and that the invoices for the payment to the successful bidder go through the governing board instead of the plenary session. “They say (referring to the PP) that they have everything, but it is always in a drawer and no one can see it,” he says. Ramón José García, Citizen spokesperson. From Vox they point out that they know that it is being prepared, “but we have no record of when it will be released, there is nothing definitive and I hope it will come soon,” says Mireia Moya, spokesperson for the formation.

Compromís, on the other hand, indicates that in the last legislature (when a mayor of the formation took the area of ​​Street Cleaning), «we left some sheets practically finished that, when the PP came to the government, they decided to reject to order new ones to a private company », ugly Anna Antón, spokeswoman for the coalition. In line, they point out that “we know absolutely nothing, although we have asked it many times and they have called us to meetings to discuss the issue that have never been held.” They assure that they have not had the opportunity “to make formal proposals, since we have not been given the option.”

From Compromís they believe it is urgent to improve the frequencies of garbage collection, to solve the recycling collection in the northern area, where the collection is done door to door, as well as to create an eco-mobile park, among some priorities.

The Department of Street Cleaning defends itself and emphasizes that at the beginning of the mandate they found “a roughly useful draft”, in relation to the specifications that the quadripartite began. According to Encarnacion Ramírez, mayor of the area, «the municipal technicians recommended outsourcing the writing service due to the complexity of this contract, since it will commit the City Council for more than a decade, so it is necessary to ensure that it meets all the needs of the current reality of the municipality », He exposes.

The mayor clarifies that additional administrative tasks are being carried out to take out the tender, such as the study of budget stability or consultation with market operators. He also takes the opportunity to reprimand the previous management because he understands that “the drafting of the project should have started in 2016 at the latest, since a period of two years is reasonable for a tender of this magnitude.”

Undoubtedly, this is the largest expense that the fishing village has, since with the previous contract in force, about 3.5 million per year were normally paid, which represents almost 11% of the municipal accounts.

Different groups in Santa Pola such as the merchants ‘association or the hoteliers’ union have recently proposed some of the improvements that could be implemented in the street cleaning service. Among them, a greater cleaning of the containers is carried out to avoid bad odors, especially in tourist areas and during the summer. In the same way, they also proposed increasing the frequency of the collection service so that the deposits are not soon filled with cartons. Likewise, another constant problem in the fishing village is the accumulation of belongings in the public thoroughfare, since there is a part of the second residents who tend to abandon furniture, mattresses and other devices without giving notice to the number authorized by the Consistory. The new hire could tackle part of this problem. Residents of the urban nucleus furthest from the center, such as the surroundings of Tamarit or Playa Lisa, they also demand more daily cleaning and maintenance.