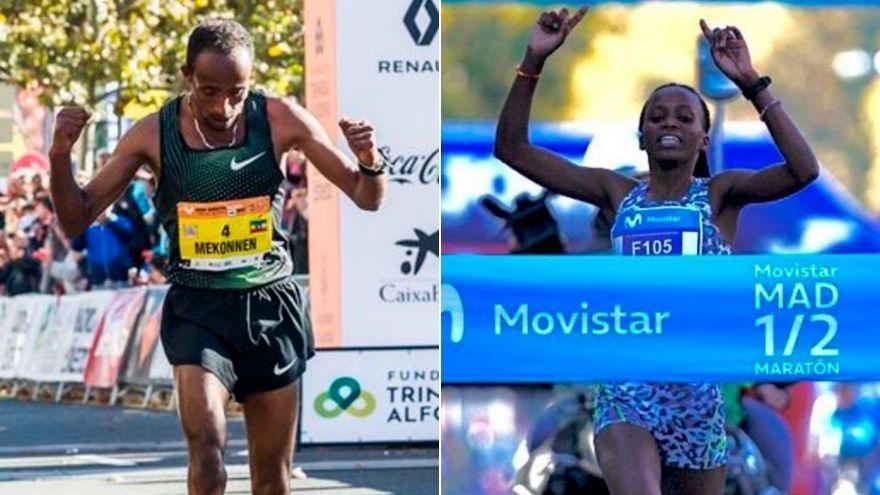 The 30th edition of the Mitja Marató Internacional de Santa Pola, which will be held this coming Sunday, January 23, promises a great show on the asphalt of the fishing village and not only because of the huge platoon of nearly 7,000 runners who will meet in the starting line.

The Santa Pola Athletics Club, organizer of the event, not only pampers and cares for popular athletes to offer you all the details. He also manages to bring together an important cast of elite runners, which catapults him to achieve great marks, which place him among the best nationally and internationally.

In the last edition of 2020, the santapolera race achieved, for the first time in its history, that the winner lowered the time barrier, a record within the reach of very few tests of 21 kilometers and 97 meters of how many are held in all the world. On that occasion, the Kenyan Alexander Mutiso stopped the clock in 59 minutes and eight seconds, which meant a great milestone.

But this year, Santa Pola wants to go further and has closed the participation of a dozen elite athletes, both in the male and female categories, who will run at devilish rates and who will arrive ready to lower the records in the male category and, above all, all female.

“We want to return to being among the best events in the ranking and obtain the World Athletic award, which only the best half marathons in the world have”, comments excited Roque Alemañ, president of the Santa Pola Athletics Club.

For this, the organization will award 3,000 euros to the athletes who manage to lower the record in men and women. In addition, the winners will receive 2,000 euros, so they could add up to 5,000 euros to join the fixed amounts that elite runners receive just for participating.

A priori, the great favorite to win the 30th edition of the Santa Pola Mitja Marathon is Jemal Yimer Mekonnen, current featherweight from Ethiopia, who in the last Valencia Half Marathon achieved a spectacular record of 58 minutes and 33 seconds, which is the fourth best mark in history in tests of 21 kilometers and 97 meters.

There will also be five other Kenyan runners with sub-hour personal bests on the starting line. Felix Kibitok, who did 59.08 in Prague; Victor Kipchirchir, who in Padua (Italy) stopped the clock at 59.19; Ezra Kipketer Tanui, winner in Madrid with 59.43; Geofry Toroitich Kipchumba, who accredits 59.53 or Wisley Kibhi, with a personal record of 59.57, also achieved in Madrid. To this group of chosen ones we must add the young Kenyan Eduard Kibet, who will debut in a half marathon in Santa Pola. Other elite athletes will be Peter Kwala Kipsriar (1.01.59), Elijah Kibiwot Cheruiyot (1.02.49) or the British Joshua Rhys (1.03.18) and Derek John Hawkins.

Among the Spanish participation stands out the former national featherweight of half marathon and marathon Javi Guerra.

But the Santa Pola Mitja Marathon wanted to focus this year on women to beat Rosa Chelimo’s record (1.09.23), which dates back to 2012. last Madrid Half Marathon, with 1.07.46. In addition, there will also be her compatriot Vibia Chepkiriui, who achieved 1.08.02 in Lisbon or Paulina Narogoi Esikon, with a record of 1.08.16 in Turkey. The show is guaranteed.