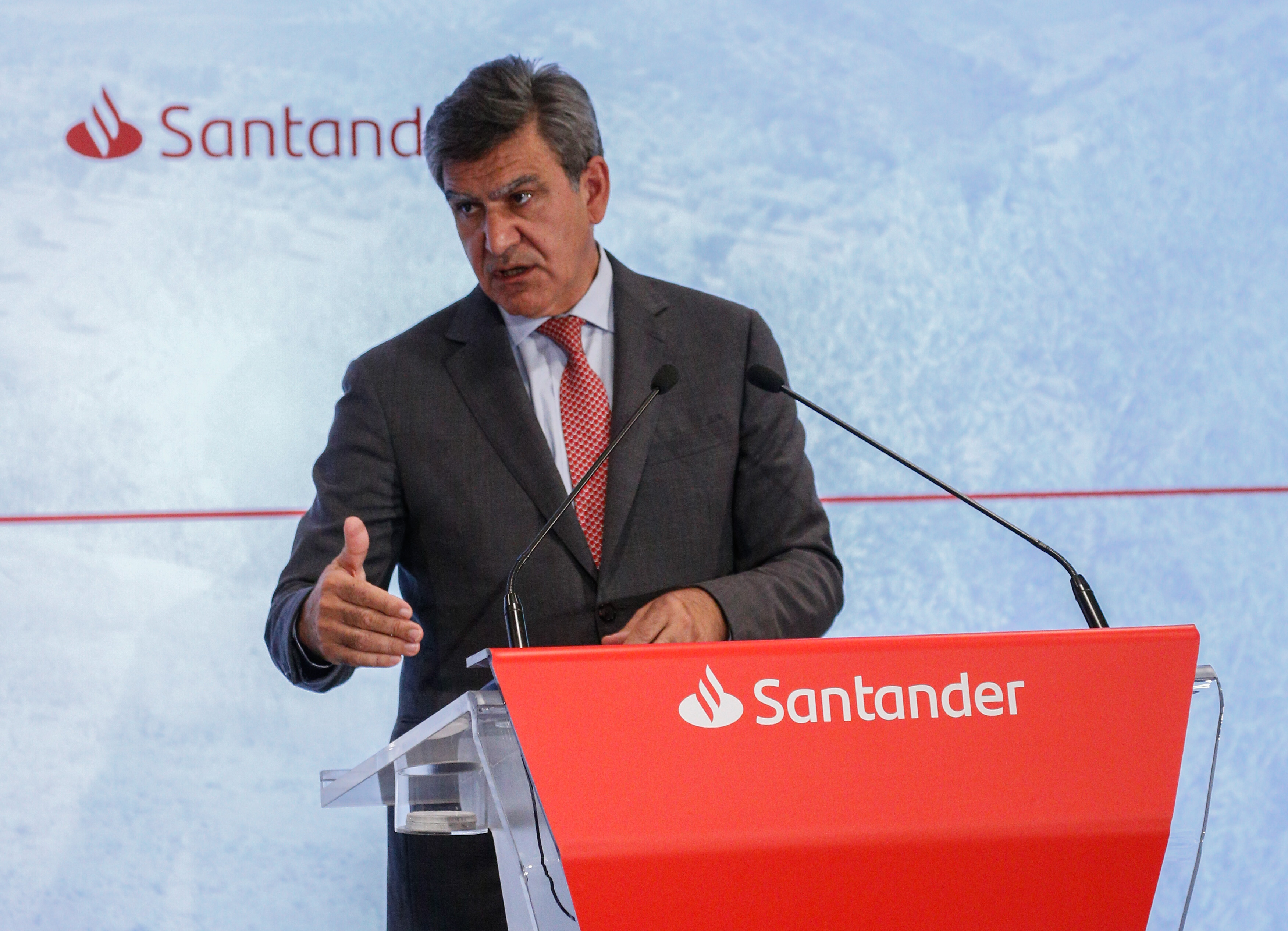 Banco Santander leaves behind the worst scenarios of the crisis derived from the pandemic and increases all the margins of the income statement for the first nine months thanks to the good performance of the subsidiaries in the United Kingdom and the United States, which in other times they were sources of trouble. Thus, the entity chaired by Ana Botín obtained an attributable profit of 5,849 million in the first nine months of 2021, compared to the losses of 9,048 million in the same period of the previous year, when the bank made adjustments to goodwill and deferred tax credits (DTAs) due to the collapse of the economy due to the health crisis.

In one year, the bank has gone from making provisions for 19,760 million in the third quarter of 2020, to 6,134 million this year, 69% less. The group’s non-performing loans stood at 3.18%, just 0.03 points more than in September 2020. In this regard, Spain stands out as the worst subsidiary, with 6% of non-payments, which places it above geographies with the worst traditional behavior in this regard, such as Brazil (4.72%), Poland (4.34%), or Mexico, (3.14%). On the other hand, all the margins of the income statement show improvements.

In terms of results, if the charge of 530 million for restructuring costs for the first quarter is excluded, ordinary profit from January to September was 6,379 million, 87% more than in the same period of the previous year. It is the highest ordinary profit of Santander in the first nine months of the year since 2009.

Optimism that will carry over to results

During the press conference to present the results, the CEO of Santander, José Antonio Álvarez, said that he viewed the situation “with optimism, which will be transferred to the results of the year” thanks to the improvement in the macroeconomic scenario, “since our prospects for March 2020 were worse than the current situation ”. This improvement will mean the recovery of provisions made in the pandemic and that they do not expect to use. At the moment they have released 700 million and by December they hope to reach 1,000 million, which will boost the income statement.

Also Read  Users of the Senior Center feel forgotten without a bar, petanque or library

The number two of the bank was also asked about the housing law prepared by the Government and the problems arising from the high rent. In his opinion, that the rental price derives from the price of the house and that, in this sense, the most effective thing is to generate sufficient and quality supply. “The offer is the one that has to play the main role,” said Álvarez, to remember that, if the price of the house goes up, so does the rent.

Asked about the political noise and the recent statements by the leader of the opposition, Pablo Casado, in which he affirmed that Spain was bankrupt, Álvarez warned that institutional stability is a condition of financial stability, although he has reduced weight to those words that he considered them “political dialectic”. “Obviously, institutional stability is a precondition for financial stability. Therefore, the more institutional stability there is and the more legal certainty, this helps the economy. Do a few more statements here or there change this in a major way? One thing is the political dialectic and another is the substance of the issues and their materialization in laws, and I would not give more importance to that, “he said.

Regarding the labor reform, the banker only pointed out that it should take into account the “intense” digital transformation that the economy is undergoing and should facilitate that new work methods and new types of companies “emerge with strength and rigor so that the economy thrives. ”. Regarding the legal amendment to increase corporate tax to 15%, he stated that the bank has paid 3,911 million in the first nine months of the year, “which represents an effective tax rate of 34%. Imagine what 15% looks like to me. “

Returning to the income statement, the income for the first nine months of 2021 amounted to 34,626 million euros, 8% more than in the same period of the previous year in constant euros (without the impact of exchange rates), thanks volume growth and customer activity in all regions and in all businesses, although the role of the United States and the London subsidiary stand out.

Ordinary profit for North America, which includes Mexico and the United States, reached 2,288 million euros, more than double the year-on-year comparison (+ 122%), driven by a 3% increase in revenues and lower provisions. In the US, it registered a record ordinary profit of 1,788 million euros, almost four times that of the previous year due to the fall in provisions “and the strength of prices in the second-hand car market, the business of Santander Consumer USA,” he says. the entity. In Mexico, the ordinary profit for the first nine months was 602 million euros, 1% more, with an increase in digital customers by 11%, to 6.5 million.

The Brazilian subsidiary had an ordinary profit of 1,762 million euros, 29% more, driven by higher revenues, stable costs and a 10% drop in provisions. The bank reached a record of customer acquisition in the card segment and maintained the third position by market share.

In the United Kingdom, the ordinary attributable profit is 1,145 million, multiplying by five that of the same period of 2020 “thanks to the release of provisions, the lower cost of deposits and the higher volume of mortgages and SMEs,” explains the bank.

The business in Spain also grew, where the ordinary attributable profit amounted to 730 million, 47% more, with an increase in income of 4% and a reduction in provisions and costs (-7%, as a result of the 15% reduction of the workforce after the ERE). In Spain, the entity experienced, in the third quarter, the recovery of the activity in individuals, “highlighting the new production in housing mortgages” where it returns to the maximum monthly production of the last three years, while the “consumer business exceeds pre-covid levels ”. The increase in billing of cards (+ 16%), transfers (+ 13%) and receipts (+ 6%) stands out, although “the slowdown in the demand for credits and loans continues, mainly in companies”. The point of sale terminals of the businesses with which you pay by card have billed 40% more than last year until September. However, the total volume of loans remains flat in Spain in the first nine months.

Also Read  The Silent Extinction of the Wildcat | Climate and Environment

Regarding the dividend, Santander announced in September its decision to set a remuneration on account of this year’s results of 1,700 million with a cash payment of 4.85 euro cents per share and a repurchase of securities worth 841 million . “In the first quarter of 2022, the entity will announce an additional compensation charged to the benefits of 2021,” says the entity’s note. Payments will be made in two cycles: “The distribution of the interim dividend will be around November and, subject to the pertinent internal and regulatory authorizations, the final payment around May 2022,” according to the note.

The total number of customers increased to 152 million, while 54% of sales in the entire group were already made through digital channels, compared to 44% in the same period of the previous year. In addition, the growth in the use of digital services “has contributed to improving efficiency and customer satisfaction. The efficiency ratio is 45.6%, one of the best in the sector, ”says the bank.

These results resulted in a return on tangible capital (RoTE) of 11.8% (ordinary RoTE, 12.6%), above the cost of capital, which is almost double the figures of a year ago. “We are confident of reaching our medium-term profitability objective of 13% to 15% thanks to the progress made, an improvement in macroeconomic forecasts and the great execution capacity of our teams in all regions and all businesses ”, indicates Botín in the press release sent to the National Securities Market Commission.

The CET1 capital ratio fully loaded, the highest quality, it stood at 11.85% after increasing by 15 basis points in the third quarter and “remains in the upper part of the target range of 11-12%, after having already accounted for almost all the regulatory impacts expected for the year as a whole ”.

Ana Botín also highlighted that they had grown “In more than a million new clients in the last quarter, while loans and deposits grew 4% and 6% year-on-year, respectively”.