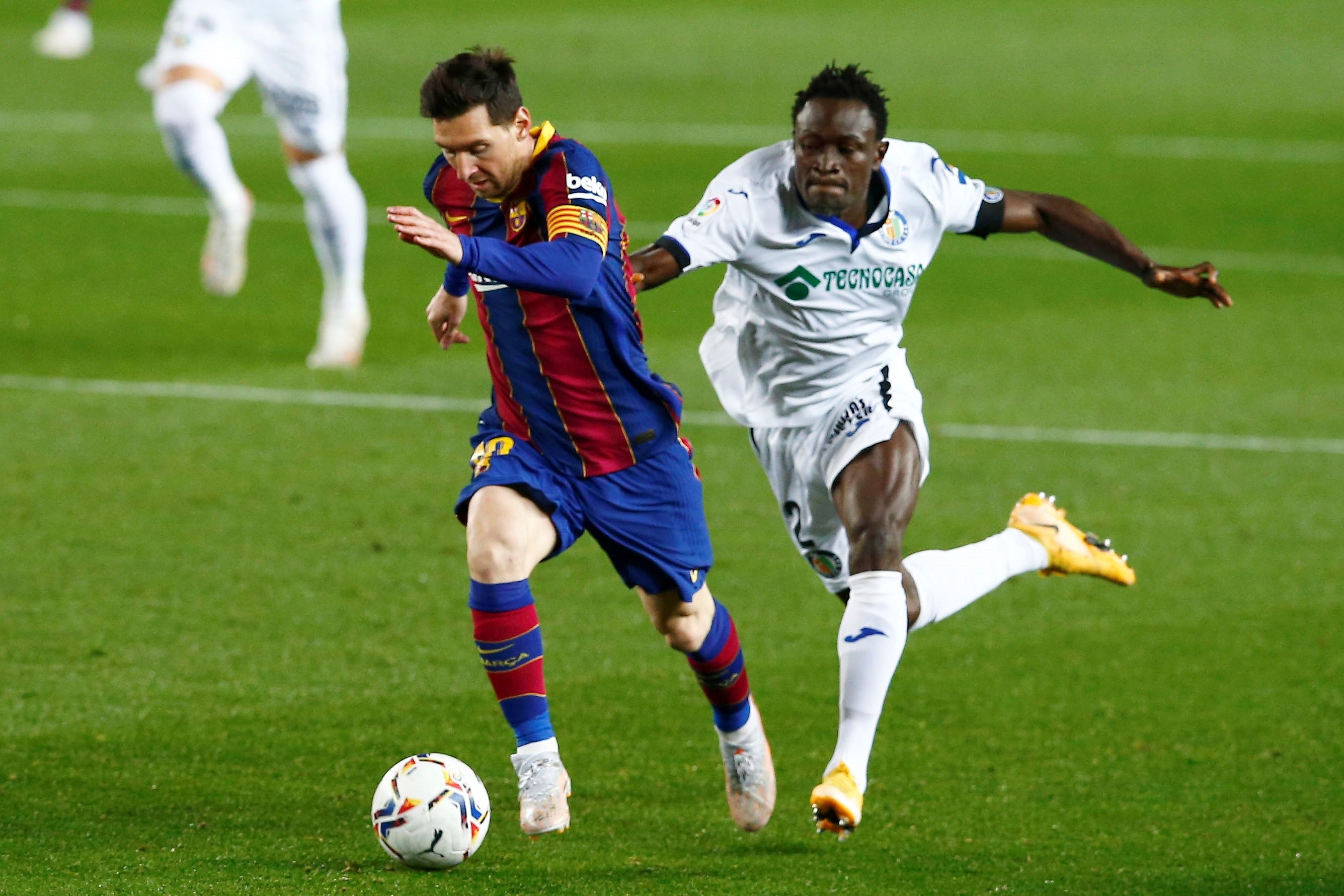 The Cup champion also aspires to win LaLiga by the grace of Messi. To the victories of Madrid, Sevilla and Atlético, Barça responded with a victory led by 10, a hammer for the deranged Getafe, which if he survived for a while was due to the individual errors of Barcelona. The Argentine does not stop scoring goals, 25 or more in the last 12 seasons, and his catalog is unlimited, as was appreciated in 3-1, a billiard play that for a moment expressed the confidence of the footballer and the team since They have stopped being cannon fodder to become champions, at the moment of the Cup. LaLiga has become beautiful while in Europe they do not stop talking about the Super League.

Barça now lives from the inertia of the Cup. Although it is very versatile, the team has stabilized from a defense with three centrals (3-5-2), a plan that optimizes the offensive qualities of its sides, fills the division with three midfielders and activates Messi around a second striker who today is Griezmann. The Frenchman redeemed himself with a goal in the final at La Cartuja and his ownership was reinforced by the injuries of Dembélé and Braithwaite. There was no more novelty in the Barcelona formation than that of the versatile Sergi Roberto in the usual position of Dest.

Bordalás also set up a very flexible formation that received Barça with the hall of honor for their Cup title. The difference with the Catalans is that there were more defenders than midfielders and forwards at Getafe. The shielding operation lasted what it took to warm up Messi. On the 10th he finished off the crosshead shortly after the start of the game and immediately scored after a beautiful pass from Busquets. The oriented control of the central midfielder, his turn and touch for the Rosario’s career were definitive for the 1-0. No one could stop Messi’s long driving and strong acceleration.

Barcelona’s plays always ended with a shot from the captain while Getafe struck down the sides, preferably by Cucurella, an ex-Azulgrana on the visiting team’s payroll together with Kubo and Aleñá. The Cucurella center found Ángel and Lenglet to make it 1-1 when Mingueza had been injured. The ball hit the French central defender’s body to the surprise of Ter Stegen. Rebounding goals should be a blessing for teams that have trouble scoring and need encouragement like Getafe. It was not his case at the Camp Nou.

The Bordalás team can get nervous, uncomfortable with the game, with the classification and especially with the criticism, and corresponded to the involuntary gift of Lenglet with an own goal from Sofian Chakla. The center-back touched the leather on the goalkeeper’s exit in an inconsequential action and scored the 2-1. The defender and the goalkeeper did not stop reproaching and blaming each other, until Messi made it 3-1. The captain crossed with his right to the base of the post and picked up the rebound with his left after the ball had crossed the goal line.

Messi’s goal seemed to end the game and allowed the two coaches to repair on the next day, decisive for both: Villarreal-Barça and Huesca-Getafe. The Catalans are competing for the title and Getafe needs to break the negative dynamic – a victory in the last 14 games – to avoid getting into trouble at the bottom of the table in the last leg of the League. Until the Barcelona fans forgot about the Camp Nou game before Getafe. They wanted to sleep the fight, kill time, let nothing happen, rest with the leather, when Araujo stepped on Enes Ünal. The VAR warned the clueless collegiate that it was a penalty and the Turk beat Ter Stegen. Getafe had scored two goals with a single shot and from 11 meters: 3-2.

The defensive errors startled Koeman, who ended up changing the three centrals, angry with Mingueza, and left the team out in the open, disoriented and disoriented, repetitive with the losses of the ball, submitted by a youthful Getafe. The players that Bordalás turned to camped out on the Barça pitch. There was no way for the Catalans to finish off David Soria’s goal.

Messi had no choice but to stretch out to avoid one more accident and his team certified the victory on set pieces: Araujo amended his failure with a header from a corner kicked by the 10. And then Griezmann closed the match with a so much of penalti whose launching gave him Messi. After all, it was the French who was shot down by Chakla. Messi’s generosity was indisputable with Griezmann and Barça. Nothing seems impossible for the Catalans while Messi’s state of grace lasts. Rejuvenate the 10th and vibrate the barcelonismo.